Inventory of what used to be at Fukushima

This Fukushima Poison Inventory is from Ray Masalas at Nuclear Hot Seat. What a great day for a new awakening, we have other good options and building these other energy options will create plenty of good quality jobs.

Lets face it, when someone works in nuke, even though they have been fed enough lies that the truth doesn't appear to them on a daily basis....deep down they know that they are poisoning the earth, the humans, the animals. This is not a "quality job", and nuke attracts some of the most intelligent-- but intelligence mean little related to making good decisions. To take some of the most intelligent and turn them into poison producing multi-level liars is a tragedy of Orwellian proportions. 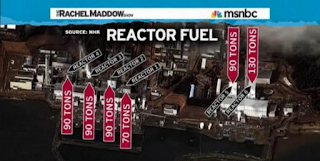 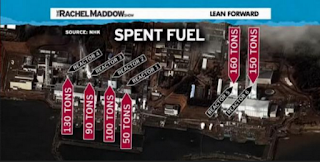 You know that in the multiple explosions that much of this inventory was simply launched into the air. Some rods fell into the rubble and we have mined video evidence of this from TEPCO releases. Sometimes they are sloppy about what they release, and sometimes they are just photoshopping things.

Some were blown on the roadways and parking lots, hence the need for them to bulldoze and place steel plates just so you didn't take a deadly dose just passing by.

Apparently some did take a lethal dose as detailed in this NRC letter. 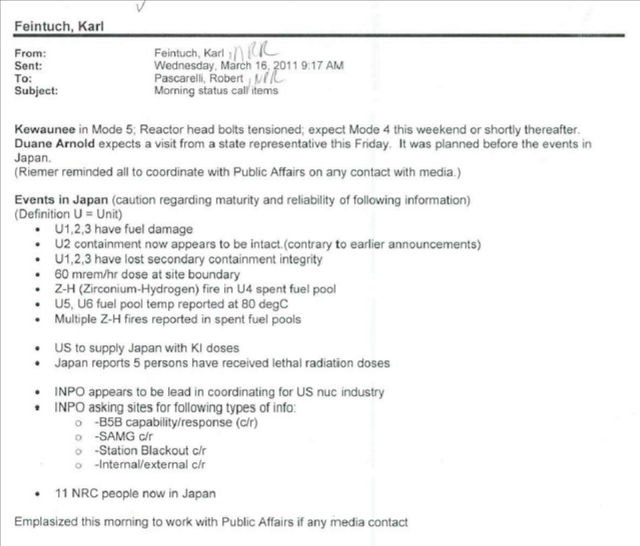