If The Earth Was About to Plow through a Cloud Of Meteors, Would They Tell?

If the Earth was going to fly through a "cloud" of meteors, would "they" tell you?

Supposedly, something as small as 400ft across could have earth devastating effects.   What if we were going to fly through a high density zone of meteors say 50 ft to 600ft in diameter?   And take maybe 200 serious hits?

Would they tell you?

Or would they make a power grab for all the resources in the world?
Would they build bunkers?
Would they beef up civilian law enforcement tools and vehicles? 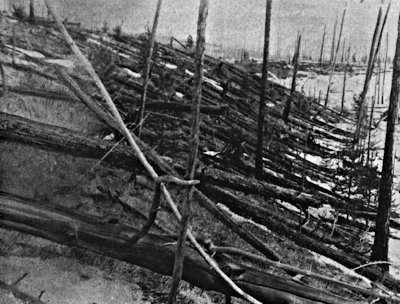 There was a big asteroid that "blew up" over Russia in 1908, "they", you know the experts (!) couldn't find any remnant of the space rock.  Now they think Lake Cheko is actually the impact crater.

NASA says this rock was probably only 120 feet across.

They say the "blast" was equal to about 1000 Hiroshima Bombs, and it flattened 770 square miles of forest.

Or would amateur astronomers pickup near earth trajectories just days ahead of time?   Perhaps the big scopes and space based scope already know much of this.   But no use exciting the sheeple, sheeple are harder to shear when they are running around all panicked.

June 2012 a recently discovered asteroid did a fly by, and it was discovered to be "earth crushing" size, more than twice the size the earlier estimates made.

Lots of fly by information out there.