Debris field in front of Asteroids

This research from UCLA.    What happened in Russia last night hasn't happened for 100 years on earth.  And we have not noticed a close flyby of a 15 story building by 15 story wide cube (Asteroid 2012 AD14 to put things in perspective), ever before.

It is obvious, the powers that be will do anything to not scare the sheeple.
There should have been warnings, not "don't worry".
Stay near home, have your emergency supplies prepared.

These warnings extend into tomorrow and the next day, eyes open, no fear. 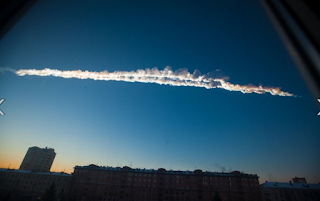 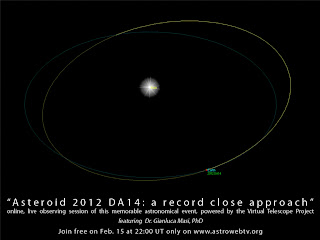 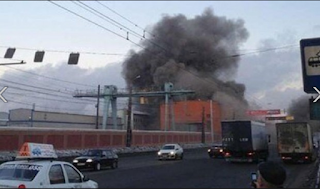 Above is the Zinc factory in Russia that had its roof and some walls blown out.

"In more recent observations with Venus Express, the occurrence of IFEs is now lower than the average we find outside this region," study leader Christopher Russell of UCLA said in a statement.

Russell and his team think the answer to this riddle lies in a reduction of the debris that once clogged Oljato's orbital path. "

At one point in time Oljato shed boulders – mostly a few tens of meters in diameter – into its orbit and they formed a debris trail in front and behind Oljato," Russell said.

"These impactors then hit other targets as they passed between Venus and the sun. The large amount of fine dust released by these collisions was picked up by the solar wind, producing the IFEs observed by Pioneer, and was accelerated out of the solar system."