Multiple Meteor "Attacks" are More Common Than You Think

The 2014 Russia Asteroid/Meteor event shed light on one important fact.    The powers that be, the experts, will not warn you when the Shite is about to hit the fan.

But let's start with a current event from 1 week ago.
My brother had a map from a researcher/authors visit to an unique Indian mound, from 1860.    It was on the shores of a nice lake in Kettle Moraine of Wisconsin.    The only known access was by boat as it was nestled in a large State park.

Wisconsin has some very unique "mounds", including some at Azatlan (indeed, almost exactly same name as homeland of the Aztecs), google it.     The last known documentation of the Lake mounds we had a map for was around 1860.    We went there, for my birthday beach party, and took 2 hours off to go look and actually rediscovered the Ancient Indian Mound, it was 306 feet long, we took pictures of it, annotated them sent it off to some historical experts and within one day the State and the Park system stated that our evidence convinced them it was real and they were going to protect it. and it was popping up on websites within 2 days.


Right past the Indian Mound we spooked up Bald Eagle.   Does lend credence to this being some sort of a sacred sight.   No one I know of has even seen a Bald Eagle this far south.    The bird lady at the Country Zoo was shocked and was sure it must have been something else, no way, clearly a Bald Eagle 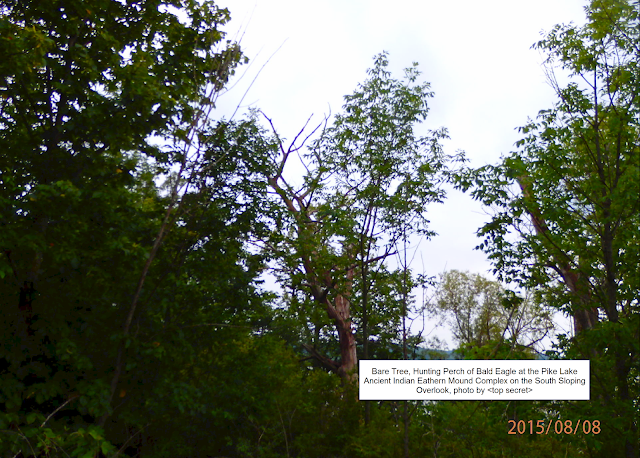 Researching further, one of the earliest scientists who investigated  mounds, and the man considered the "first scientist" in Wisconsin was named Increase Lapham (1811-1875).   He did a lot of work on the mysterious "Indian Mounds" and he has quite a bit published (in long hand, lol) on the topics.

I ran across a picture of Increase Lapham in 1871 studying a large meteorite found in Washington county Wisconsin, the same area as the Indian Mound that we had just rediscovered. 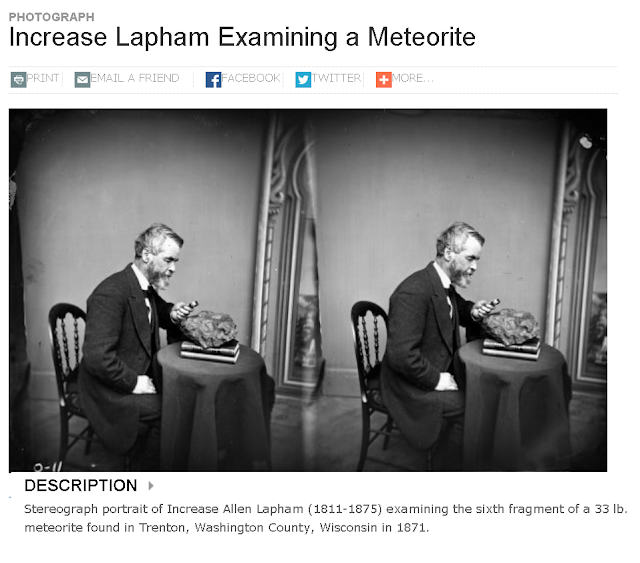 Hmmm       1871, I pondered that year, something else had happened that year.     One I am sure you heard about, the Great Chicago fire, and another fire the same day, the Great Peshtigo fire in Wisconsin.

After the Russian Meteor Attack of 2014,  I put 2 and 2 together, and wrote the following story, and if you are willing to walk down this path a little bit with me, you will hear a very interesting story tying together Increase Lapham, Indian Mounds, Meteorites, Mrs. O'Leary's cow, and why you should never trust the powers that be.....because they won't tell you when the  S is about to hit the fan..... 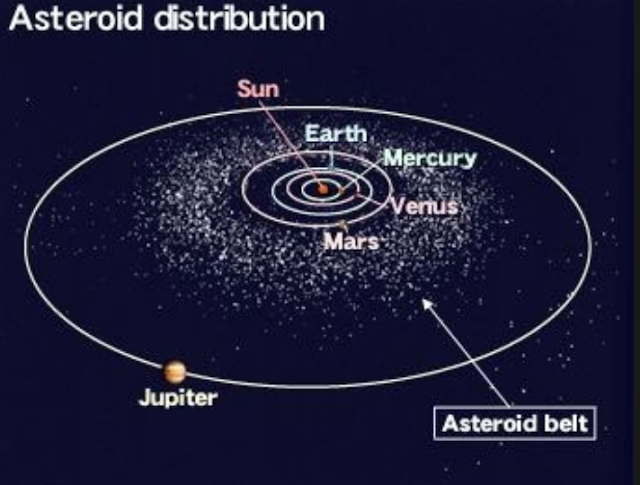 I hypothesize that the earth is often subject to multiple "attacks" from space rocks.   You really MUST SEE the end of this article, you will be shocked.

Here is some backup from the Recent Russia "attack"

The fire was blamed on a cow tipping over a lantern

The firefighters were tired because they had been fighting another big fire the previous day, although the other fire did not get out of control (Remember this now, I'll tie it all together at the end)
On October 7, 1871, 30 of the 185 Chicago Fire fighters were injured fighting the "other fire"

October 7,1871 a planning mill on Canal Street set fire. It grew four blocks before firemen could get it under control. The fire left a loss of $750,000. Firemen themselves had taken a toll. Many pieces of apparatus were destroyed or put out of commission. The firemen were also worn out after 16 hours of combating the flames. 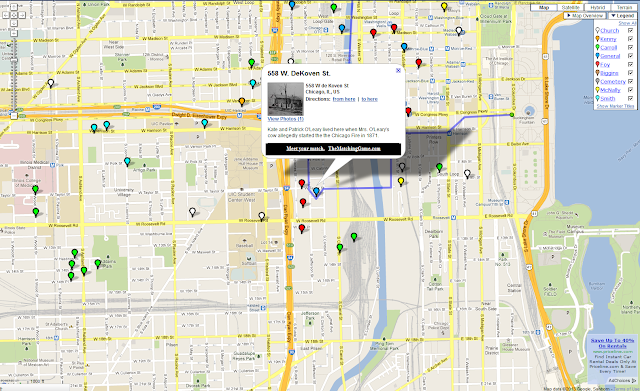 As a boy getting schooled in Wisconsin, we learned about the Peshtigo Wisconsin Fire, which is still the worst fire in human history for loss of life (ignoring the fires of Tokyo which were set by US bombs), and I remember the teacher exclaiming on what a huge coincidence that the Chicago fire was on the same day.

The blaze began at an unknown spot in the dense Wisconsin forest. It first spread to the small village of Sugar Bush, where every resident was killed. High winds then sent the 200-foot flames racing northeast toward the neighboring community of Peshtigo. Temperatures reached 2,000 degrees Fahrenheit, causing trees to literally explode in the flames.

Actually, the Peshtigo fire started on Oct 7, 1871, the same day as the smaller Canal street fire in Chicago which was contained.   The Peshtigo fire took 1,200 to 2,400 lives, there were not enough survivors to identify many of the dead who were buried in mass graves.

Manistee, Michigan had also saw a large fire that wiped out a town of 3500 people
http://www.rootsweb.ancestry.com/~mimanist/Page61.html


Holland Michigan, also had a great fire that devoured the city with lighting speed.
http://www.awesomestories.com/disasters/great-fire/holland-burns

And another fire listed as the 4th largest Epic Disaster occured at Port Huron Michigan wiping out 1,200,000 acres and taking 200 lives.   Weird also that 10 years later Port Huron was hit again and 1,000,000 acres burned and 282 lives were lost.

Illinois took another fire hit as Urbana Illinois (about 135 miles southwest of Chicago) was destroyed by Fire.
http://dictionary.reference.com/browse/urbana

And further east and north om Windsor Canada, across the river from Detroit, also got nailed with a City destroying fire


A fire consumed much of Windsor's downtown core on October 12, 1871, destroying over 100 buildings.

And in Minnesota, in a less populated area

On October 3, Professor Cleveland Abbe, one of the US Signal Service forecasting meteorologists scribbled the following comment on the edge of his weather map: "Unparalleled fire in northeast Minnesota-- great fire in northwest Minnesota." At the time, a prairie fire swept along a 100-mile (160 km) front from Breckenridge, Minnesota to the Big Woods. 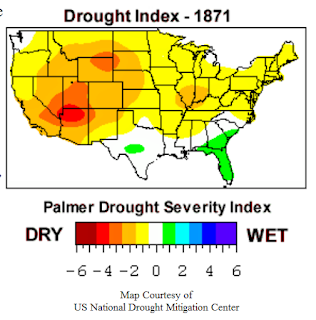 OK - To Wrap it All Up
With all those midwest mega fires, what date and year did they occur?


So now, if we were about to fly through a group of asteroids, do you think the powers that be would warn you in any way?    After they have covered up Fukushima?

Similar events have happened, with the "coincidence" being discounted by the "experts"

On November 27, 1885, an iron meteorite fell in northern Mexico, at the same time as a 15,000 per hour outburst of the Andromedid meteor shower. The Mazapil meteorite has sometimes been attributed to the comet, but this idea has been out of favor since the 1950s as the processes of differentiation required to produce an iron body are not believed to occur in comets.

Others have looked to science, saying the coincidence of two such great fires happening in one evening is too much to believe. Some think Biela’s Comet, which was passing over the Northern Hemisphere at the time, could have dropped balls of methane, which ignited the flames. This theory has been disputed by many, who claim the meteorites which fall to earth are not warm enough to set fires.

Funny though, there appears to be only 1 picture that exists from the Tunguska Event, and it clearly shows not just that the trees were knocked down, but they were also torched, no branches or leaves remain.   And the naysayers pimp the idea that space rocks don't get hot enough to start fires.