Strontium, the Bogeyman exists, a Wicked One Two Punch


Indeed, Strontium is truly the Bogeyman.      The "hit energy" is .546MeV Beta, which if that is not bad enough, the daughter radionuclide of that reaction is Yttrium Y90 with a short half life of 2.5 days....so you get a quick and predictable secondary blast of Beta but this time at a much higher energy at 2.2 MeV.   This is THE HIGHEST FORCE punch of any of the common radionuclides.   Think Mohammed Ali.

Ouch, so first you get sucker punched by the Zombie Bogeyman, then in your weakened state, your get a point blank massive blow from a MMA fighter.

Strontium goes right into the bone and stays there, and of course the blood is produced in the bones, and then you get leukemia, which is terrible and deadly, often very quickly.   Bone marrow also produces essential element of the lymph system which is what fights sickness and disease. 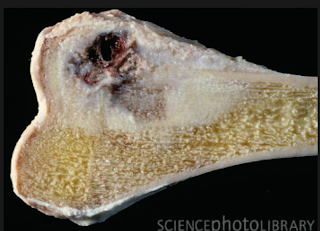 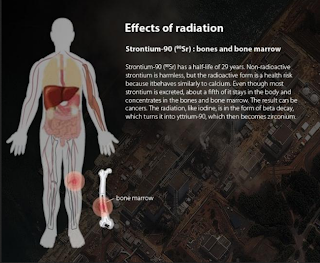 1963 was the peak levels of atmospheric pollution from nuclear testing.

Kids tested high in strontium in their teeth (think tooth fairy and that workman's comp nightmare, LOL) in those days.   There were also a lot of respiratory realted ailments, and nuclear fallout does cause that. 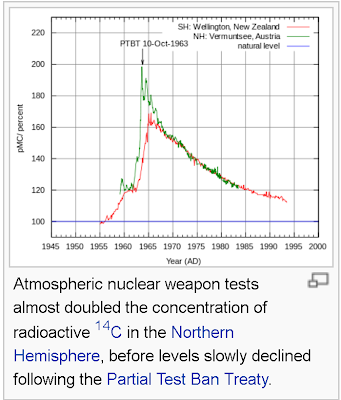 You can protect against Strontium by loading with calcium (think Tums) but it must be done within 24 hours, and sooner is better.  The liars will never fess up within 24 hours.


The below link shows how to protect against certain radionuclides.

And the Fukushima "water treatment" only takes out the cesium, not the strontium, that is why "they" try very hard to avoid talking about the bogeyman under the bed, Strontium.    The Fukushima treated water is thus highly concentrated in strontium.

In fact, as of Feb 2013 TEPCO has not done any removal of Strontium, although the infamous ALPS system which can remove some strontium is supposed to be working in March 2013.   After that, TEPCO wants to dump the still somewhat radioactive water right into the ocean, because they "don't have room for more tanks".

Besides the massive radiation from the initial dispersal exlosions and nuclear fires, and the subsequent continuous groudwater pollution, a further "dump" from nuclear boy, will mean many fish, shells, and coral will have a large concentration of strontium, and the half life is right around 30 years, just like cesium.  The gift that keeps on giving.

Here are some handy charts for Energy Levels and types of emissions (alpha, beta, or gamma)
Interesting that the energy levels are different from the ones stated in the biogeosciences scientific document above. 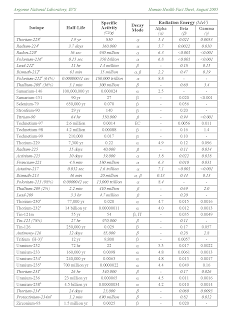 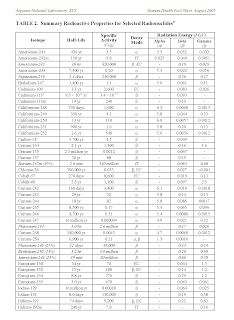 On the west side of the plant's grounds, another system dubbed ALPS (Advanced Liquid Processing System) was being constructed. As this can remove 62 of 63 kinds of radioactive materials released from the plant, TEPCO decided to build ALPS to deal with materials that SARRY cannot handle, such as strontium. The one material ALPS cannot remove is tritium.    Tritium is basically radioactive water and nothing can filter it out.   Fortunately Tritium is a weak Beta emitter at 18.6 keV, but the half life is fairly long at around 12 years.   All nuclear plants produce and emit tritium.