This is going to trip you out.    I discovered this by accident while doing a "super zoom" into some high res Fukushima photos from a drone flyby in March 2011.

Areas of exposed high radiation (melt out or blow out) show as a set of 36 pixels being all the same color in a Mini Block.    They are never all the same color, except when the radiation flashes them and the camera can only react by "printing" a single color.

Very interesting.  When the same "source" has the same effect on different picture shot at different times and from completely different angles, you just have to say hmmmmm.

Also confirms a meltout from Reactor 4.    Look at all these and let me know what you think. 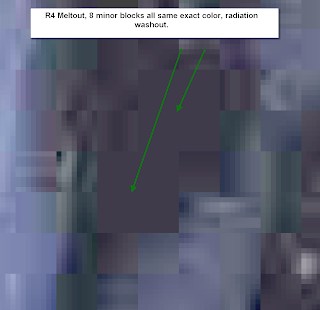 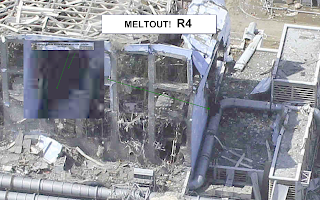 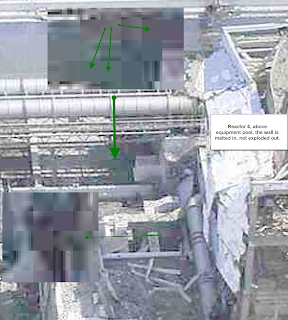 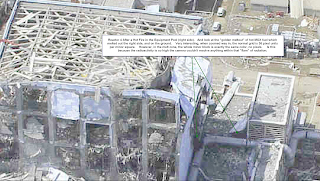 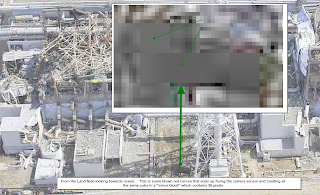 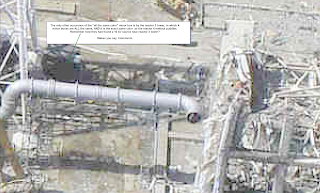 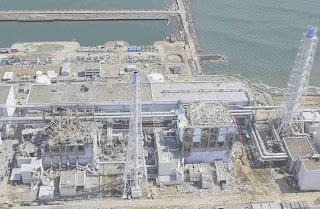 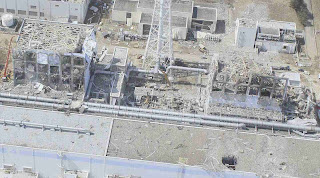 Here is a link from A Green Road
http://agreenroad.blogspot.com/2013/12/agreenroad-tepcofukushima-lies-exposed.html

Here is a video from that site on Reactor 4 Melt Out.      This is important.    AGR and myself both independently came to the conclusion that TEPCO was also experimenting with MOX in Reactor 4.    They were not licensed to, and MOX is way more dangerous.    However, the pro-nukers have MOX as their main sales tool to "get rid of existing nuclear waste" and to soup up the old clunker plants using the MOX to extract profits and keep their "precious" industry alive.    Admitting that MOX is EXTREMELY dangerous, and caused a mini nuclear explosion at Reactor 3, AND admitting that the new MOX in the equipment pool at reactor 4 melted out due to its increase reactivity and therefore heat and radiation....well that would shoot their MOX down, and it would shoot their source of their high faluting livliehood down.   And they can't have that, even if the face of ocean killing diasasters.   So they cover up and lie.

At Reactor 4, the new MOX they were loading (ready to load in the equipment pool) melted down and out.   And when corium contacts cement, it pretty much immediately releases all its cesium and start making 10 fold the normal amount of strontium.   At Reactor 4, spent fuel pool, there was a 9 hours fire, and certainly a lot of poison was released, but that stopped with borated water.     But not the MOX fuel, that burned through the stainless steel liner, and 3 feet of concrete.

MOX-GATE you heard it here first.


I'm having trouble seeing how a CMOS or CCD camera would do what he's claiming; they just aren't sensitive to gamma (or beta). Here's a good explanation as to why (and why webcams don't make for good cheap detectors, either):
http://hps.org/publicinformation/ate/q8921.html
My tin-foil hat money is on intentional obfuscation of something in the drone images, similar to redacted words or lines in text documents.
Of course, that would raise the obvious question…


Right, I did an extensive research on ionizing radiation effect on digital cameras and came up nearly empty handed.

Your link was the best of all that I found, however the testing the amateur did was only to elicit visible light while looking at the chip in the presence of a source (radar detector).   The CHS guy who answered him was pretty good though!   However, I don't think that test for "sparkles of light" is really proposing the same thing as my accidentally discovered "saturation leveling effect"


I wasn't willing to go down the conspiracy rabbit hole, but I sure can! LOL.    I just don't think that in the midst of that emergency they were smart enough, not busy enough, to be redacting pixels on flybys.

It is a very strange effect, of course found by accident.    After applying a gamma filter, and using an image browser Thumbsplus to super zoom (you aren't going to get that zoom on a browser.   I haven't checked other Image viewers but others should also work.   Someone give it a try?   Stock out.