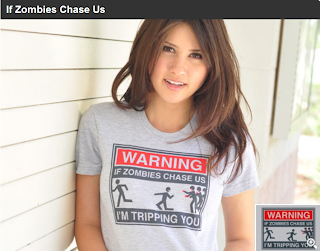 When nuclear power plants were first built, the spent fuel pool was designed as a very temporary storage site.   The pools were never intended for long term storage.    I have studied the situation to a large degree, and I feel qualified to speak on these matters with several thousand hours of training in nuclear processes and radiation physics.

I have a BSME from Northwestern University, and MSME from University of Michigan, and have worked as a Safety and Security officer on important Government projects, as well as being a Mechanical and Electrical Construction Estimating specialist.
Because no Government knows how to handle the spent fuel “hot potato” in the long term, the problem has not even begun to be addressed.     There is no good long term solution, but we do have a good short term solution, and it immediately creates good productive jobs while making the spent fuel a whole lot safer than it is sitting in fuel pools near reactors.
Dry Cask everything that can be Dry Casked now.    Typically spent fuels that have been cooling for 5 years can be Dry Casked.
Until the fuels are put into Dry Cask, there is a risk of a regional economy killing event due to power loss/natural diasaster, or terrorist action.    There have been far too many close calls in the last few years, in the USA.    We are flirting with disaster.  Our good judgment in risk control has been decimated by lack of good choices and the hope of a Yucca mountain, always right around the corner.
There is a GREAT interim solution, which creates good jobs in America, and we need that badly, and solves much of the problem, immediately increasing our safety and reducing our risk of terrorist attack.
The numbers are simple, a dry cask can handle about 10 tons of material, and costs between $1M to $2M.

Let’s allow 50% of the material cost as a labor cost related to making the slabs the Casks will sit on, and moving the fuel, documentation and testing, or $3.75B.    The security cost of monitoring and protecting the Dry Cask will be far less than securing the much more dangerous spent fuel pools, so there will out years savings on that cost item.

In 2013 President Obama commissioned a study on the costs of “doing nothing” and found that Utilities have already sued the US Gov with 80 victories to recover their storage costs because USA did not come through with a Yucca mountain or similar.     Direct payouts around $2B, and further they estimated that as more plants age and close that the USA taxpayers could be on the hook for $20B in judgments by the year 2020.   And up to an additional 20% could be legal and consultants fees, bringing the tab to $24B

How much more simple can this be?     $14.375B to “pretty darn well” fix to the problem for 50 years and reduce our risk of disaster or terrorist attack, create good jobs, or squander $24B in judgment fees and lawyer costs and NO PROGRESS?

Although no viable long term solutions are currently available, we insist on the immediate transfer of spent fuel rods which have sufficiently cooled for 5 years in the vulnerable pools into more secure, hardened on site, dry cask storage.

Making matters far worse, years ago the NRC quietly approved burning the fuel in the reactors longer, resulting in "high burnup" waste, which turns out may not actually be safe for storage or transport. High burnup fuel, and it's excessive thermal and radioactive heat accelerating the degradation of dry cask storage containers, has not been adequately addressed in the GEIS.

While the NRC has licensed the storage of "normal" radioactive fuel for up to 50 years, they can't endorse the storage of high burnup fuel for even 20 years.   STOP high burn up fuel now.
MOX reprocessing IS NOT an answer.  MOX reprocessing is attempting to “burn up” the fuel by removing the plutonium from the spent fuel and concentrating it in new fuel rods to be burned in a nuclear plant.  There are 2 problems with this.
1) It is much more expensive to process and create the MOX fuel than it is to simply cask it.    A study by Princeton presented April 4, 2008 to Congress estimated that processing MOX including the costs of the MOX facility and decommissioning the MOX facility is about 10 times more expensive than simply Dry Casking.

2) The MOX fuel is far more likely to blow up in a modified nuclear explosion called a Moderated Prompt Criticality.    Even in the 1940’s it was theorized that a nuclear explosion could happen in a nuclear reactor, and in the 1950’s Argonne National Laboratory did a series of experiments that were filmed and proved that even with normal nuclear fuel rods, under the right conditions, and uncontrolled criticality could blow up the reactor.     With MOX, enriched with bomb making plutonium, this type of nuclear explosion is much more likely, as Japan found out in their Reactor 3 at Fukushima, which was running MOX.   The amount of Uranium detected by the EPA in Saipan, Guam, Honolulu, and California could only be caused by one thing….and explosion from within the reactor vessel, that launched the inventory into the air.    MOX is too dangerous, MOX can turn a 80 foot tall reactor with 6” steel walls into a “Canon” which can launch the entire inventory.
The Dry Cask is proven technology, we can produce them in the USA, we can create jobs in the USA, and we can increase safety, all at an acceptable cost.    Most or all of the cost should be borne by the existing utilities, since they had the obligation to decommission their plants.    But I also propose that the US Government, using taxpayer dollars, assist the utilities, as it is in our common interest to Dry Cask as soon as possible, by providing 50% of the cost of the cask itself.