Did you know that on Jan 3, 2014 an asteroid snook into our atmosphere with less than 24 hour notice?     It blew up over the ocean.

Nuke Pro made this handy calculator in Excel, that quickly helps those with inquiring minds to figure out the mass and energy in equivalent Atom Bombs. 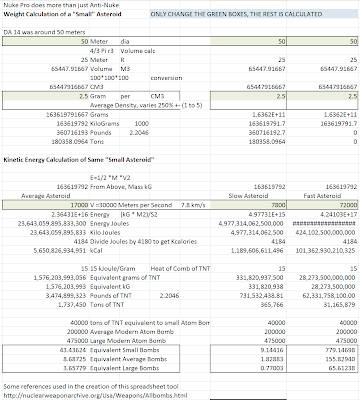 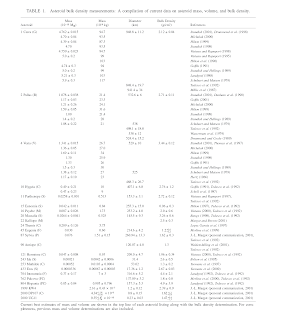 Did you know that in 2013 a Planet Killing Asteroid Buzzed the Earth, and the egg head scientists did not even figure that out until the following month?

Asteroid TV135 is massive at 450M diameter, and would explode or impact with a force of 4440 atomic bombs.    But dont worry, the egg heads say it only has a one in 63,000 chance of hitting Earth next time around.     Trouble is, the egg heads are tracking 11,000 near earth objects that they consider hazardous, yet how many more do we not even know about.

This is what the Nuke Pro Asteroid Calculator says about TV135 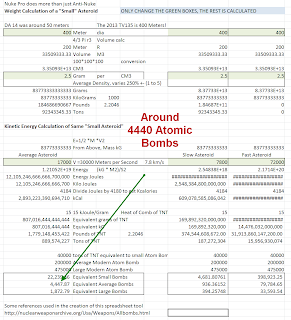