How Much Cesium 137 released from Fukushima?

This article from ENENEWS talks about Cesium release from Fukushima

In the spirit of making thing easier to wrap your head around, lets break down the mumbo jumbo into easy to understand units.

Here is what a Quadrillion is (PS it's the next thing after trillion)
https://www.google.com/search?q=quadrillion&ie=utf-8&oe=utf-8&aq=t&rls=org.mozilla:en-US:official&client=firefox-a&channel=np&source=hp

Here is what Chernobyl released per official reports anyway. 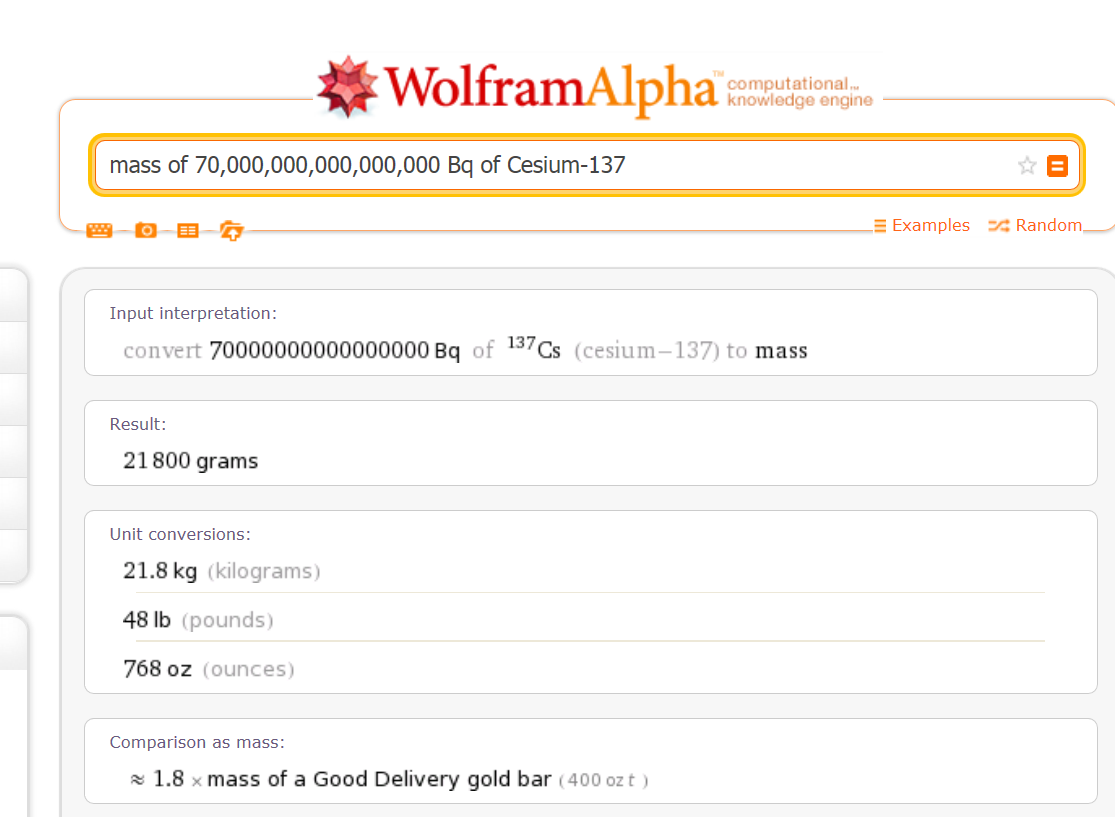 You can run this report for yourself, using this calculator.    I challenge someone to do it for the source terms and ongoing terms of the Fukushima continuous disaster.    Post as a comment, consider using Jing to post images as a hyperlink, its easier than you think.

here is another cool calculator, so you can stay 2 steps ahead of the pro nuke pimps who THINK they can baffle us with science mumbo jumbo bullshite!

Of course we are going to die, it happens to all living creatures. Fuku will speed it up a bit, but most of us still have many years ahead in which we can take action to stop nuclear power everywhere. Do not despair. Despair is the refuge of cowards.

15. poisoned aquifers
16. voc's on the land & in the air
Banksters run amok
Constitution and Bill of Rights raped and thrown in the mud
Mass media owned by the giant multinationals
30% of USA on mind altering drugs
11M illegal alien votes being bought for "a generation"
Gun grabbing fascists
Spin is in
Real threats such as Solar Kill Shot CME and Asteroids ignored
Public schools become indoctrination camps where the children belong to "us" not the parents.
Big Med/Big Pharma an out of control BEAST now being force fed the entire US population
Most politicians are purchased out of the gate
Posted by Stock at 1:30 PM