Exelon, not quite the slumlords that Entergy is, however, they also run a bunch of old plants.    Now they are trying to kill Solar and Wind, and get consumers (aka in their view 'power slaves') to pay a premium for nuclear power?   How sick is that?    The Criminals That Be (TCTB), i.e. the large corporations, nutli-nationals, and the old money families, want to legislate so that you pay more for the thing that can kill you and your family, and bankrupt you through disease (not just cancer).

Exelon is THREATENING to shut down their plants.    Go ahead!   Make my day.

We published this Midwest "Kill List" back in September 2013

Revisit it.   Its a good one.     The Exelon Kill would be awesome. 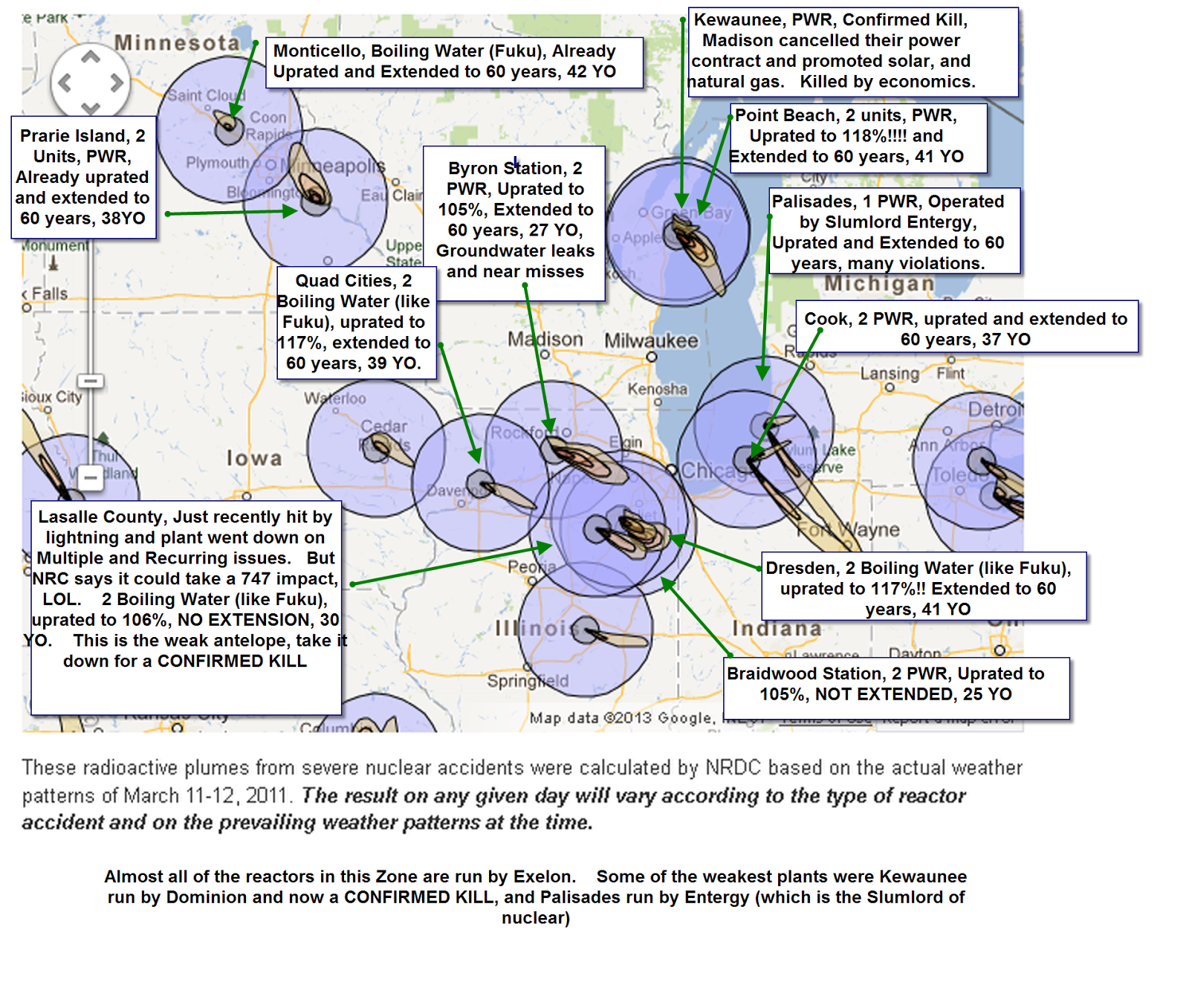 My kill list is, in order of priority, but will take any opportunistic weaknesses that present.


Chicago-based Exelon Corp. said Thursday on a conference call following its quarterly earnings results that it will shut down nuclear plants to save money if it doesn't see a path to steady profits this year.
The company’s large fleet of nuclear plants have struggled to remain profitable as they attempt to compete with subsidized renewable generation and stubbornly low natural gas prices, which have driven down the price Exelon receives for power.
Exelon owns 10 nuclear power plants, six of which are in Illinois. Analysts have signaled that if power prices don’t recover its Clinton and Quad Cities generating stations are among the potential closures.