Let me hit you point blank with the highlights of WIPP.

The amount in air is at least 810 TIMES BACKGROUND

And those numbers above are VERY conservative.   First, they use the "reported" data from the nuclear cartel.   Second, they assume that all of the nuclear spewage stayed in the area around the vent for 33 hours, and NONE of it blew away in the wind.    Definitely the wind carried away the plume, therefore these numbers about are VERY LOWBALL.   They can easily be 10 to 50 times higher.

AND this crumbly salt mine was never supposed to hold any high level plutonium waste, it was only for old wipe down rags.     But some rocket scientist nuke pimp who was trying to "prove" how high level waste can be stored underground, in order to promote Yucca mountain, lobbied for the high level plutonium to be put into WIPP.     So for a PR trick for Yucca, they allowed a very dangerous action to happen, and now it has blown up in all of our faces.

Above is the background level of Plutonium and Uranium in Air from the EPA.

The WIPP Plutonium storage site, in collapsing and corrosive salt caves, had a significant release, which the experts said was "far below any level of concern".   They lied through their teeth.

They tried to pretend that the human health hazard of Plutonium was only 100% from the ionizing radiation, and then used "radiation only" guidelines for whether the EPA would consider it an "action level".   In fact Plutonium's real killing power if from it being an unnatural heavy metal, with radiation as a "bonus".

Therefore, when the scientists state that the amount detected is far below EPA action levels, they are lying through their teeth.

Plutonium kills most effectively as a site specific heavy metal (not just related to radioactivity), and Plutonium is hardly "radioactive" so judging it just by it amount of ioninzing activity is completely deceptive.    Most isotopes of Plutonium have extremely long half lives....that means that very little "goes off" at any given minute.   Therefore they won't show up very much on a Geiger Counter.

Plutonium kills humans with a wicked Alpha punch, combined with toxic effects as a heavy metal, and also targets 2 of the most important areas of the body, the bones (and thus blood production, and thus leukemia and all related diseases of weak blood, weak oxygen transport), and the liver (200 functions, including turning food into usable formats for the body)

So let me repeat!

The amount in air is at least 810 TIMES BACKGROUND

For those of you who really want to understand nuke, and be able to work with the confusing data, and intentional deception of the nuke cartel, this calculation website is very valuable.

You will be amazed, try it, using simple english

And another point made by Doctor GH, the spokesman is using intentional lie to minimize the accident.   Here is the lie.    I want to be standing at one of those meetings when they trot out those lies. 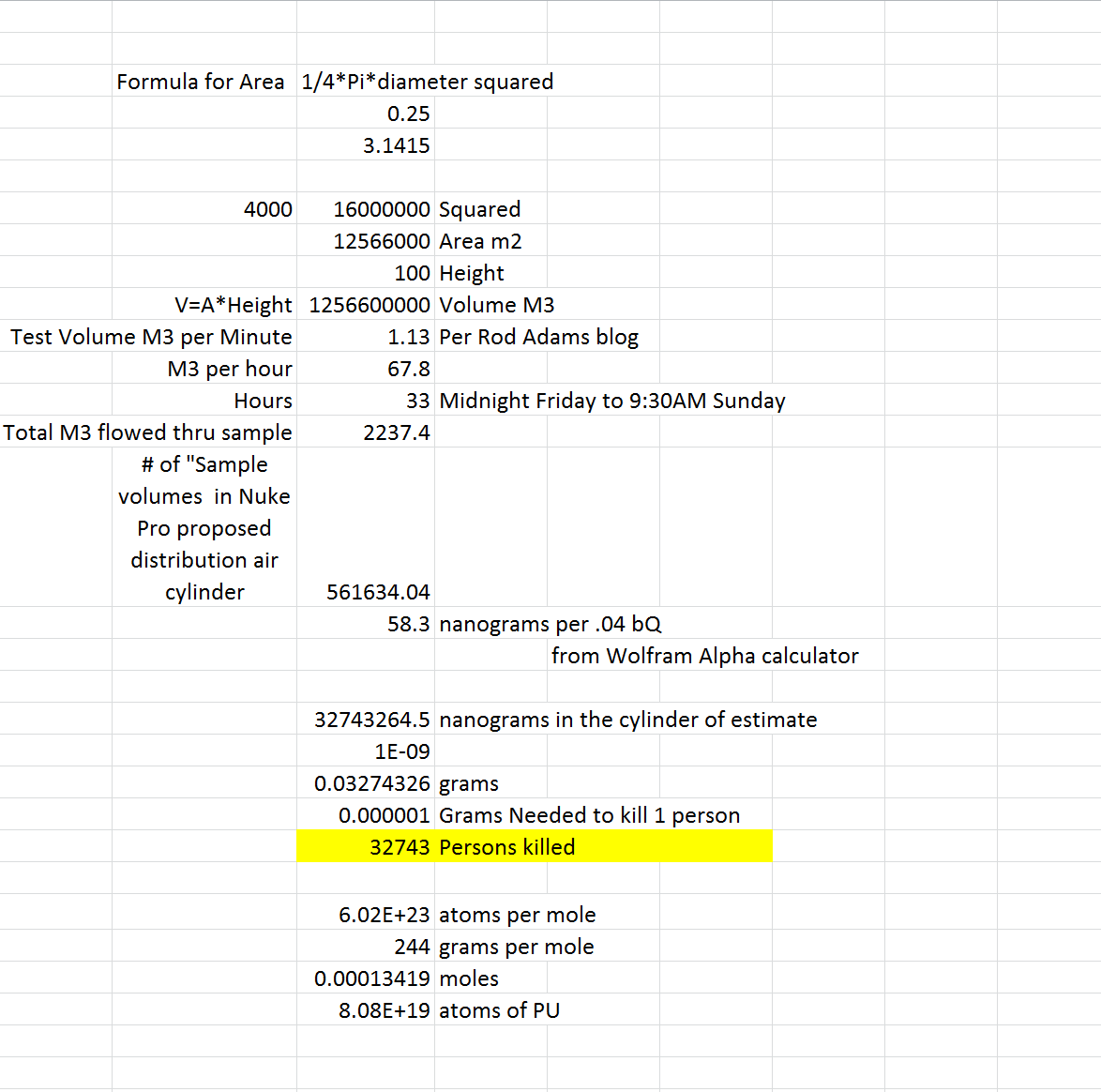 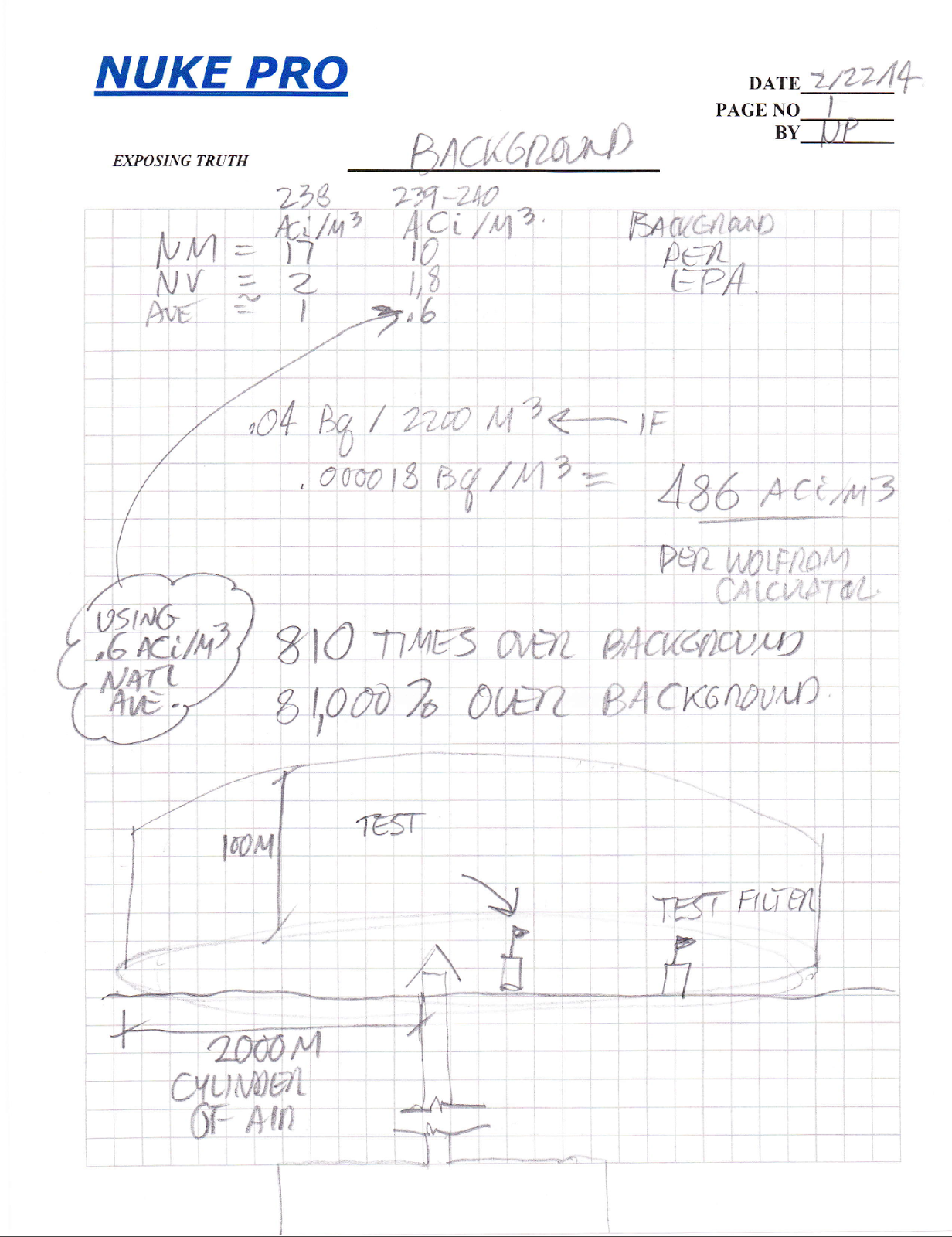 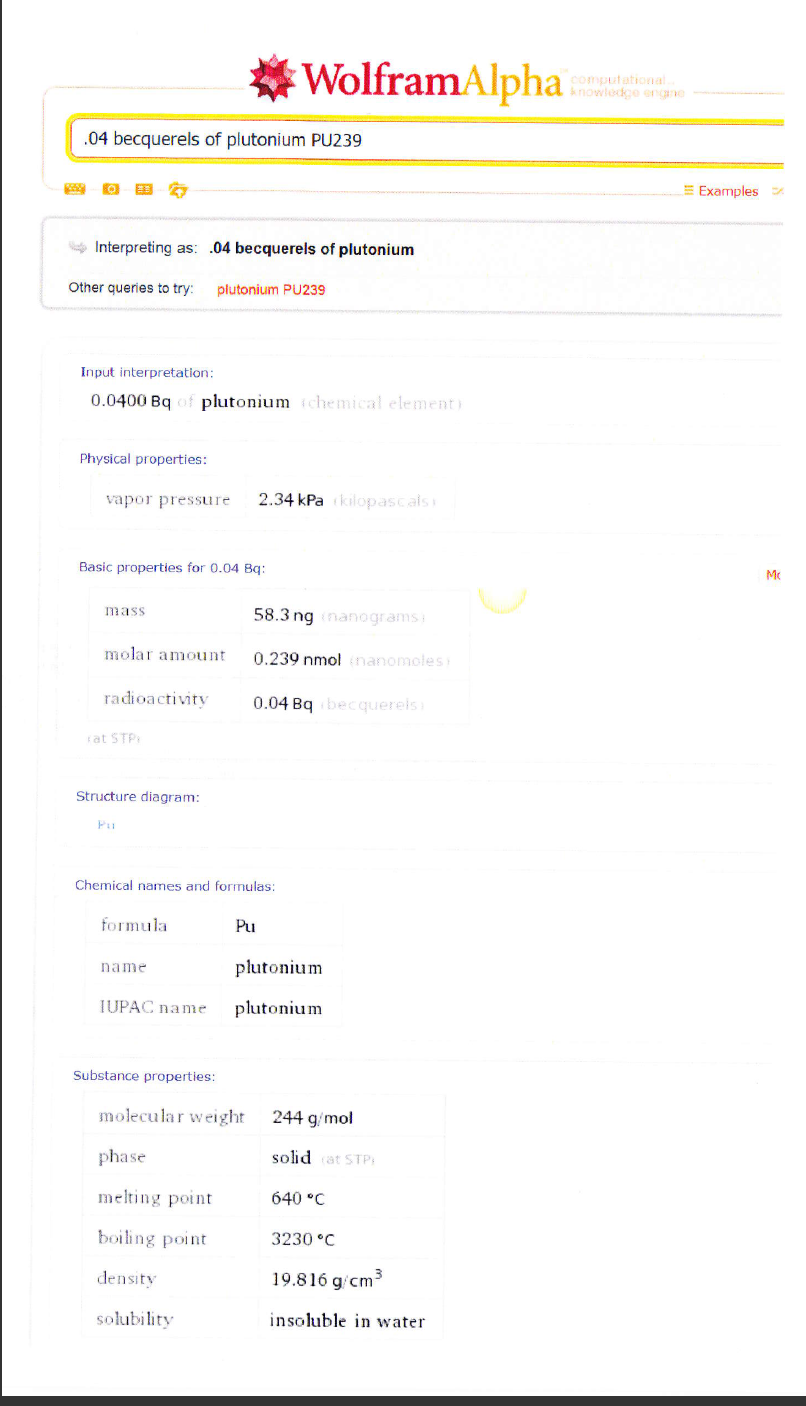 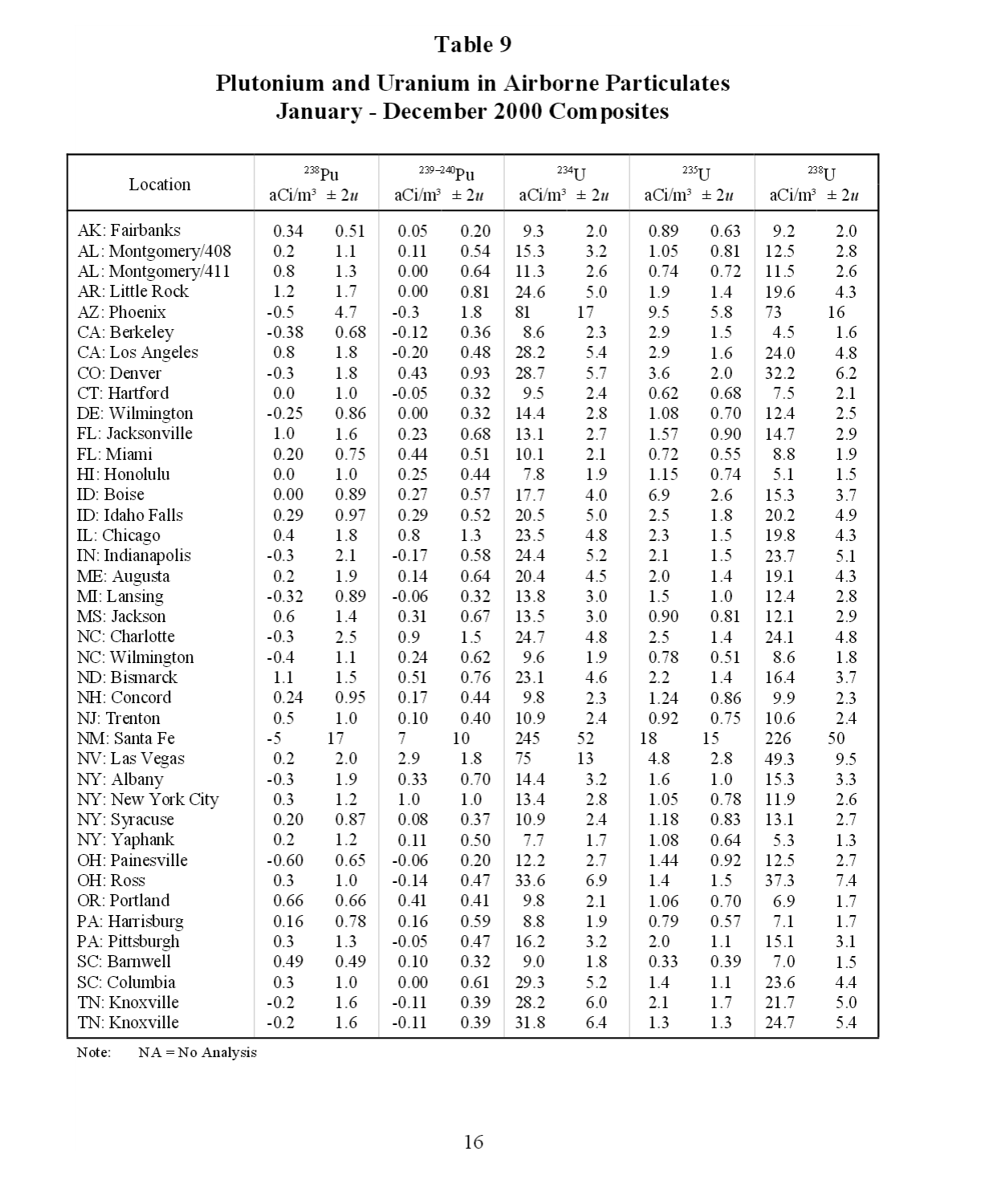 http://agreenroad.blogspot.com/2014/02/radioactive-plutonium-plume-coming-out.html
Posted by Stock at 11:10 PM