WIPP Info, Email from the Lab to Nuke Pro

Large cracks in the WIPP ceilings show extremely weak structural characteristics of the salt, and that it has been bandaged together with chicken wire in most of the storage rooms.     Having highly corrosive salt fall onto barrels of plutonium, just doesn't seem like a smart thing me, call me overly cautious.

First these nuke pimps store the plutonium on top of the reactors themselves to save money (as if that makes any sense if any proper risk control scenario), and then they go store it in a weak and highly corrosive salt excavation.    Wow. 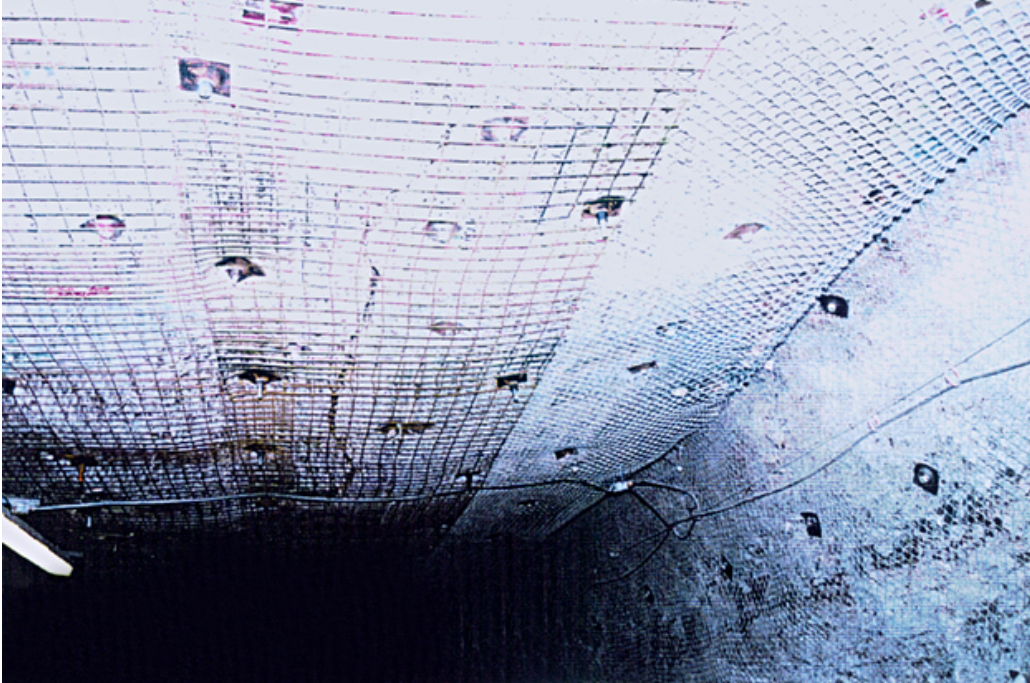 In some rooms they reinforced some of the walls with brick, see picture at bottom....no reinforcing steel!     Just silly 19th century "brick technology".      And these are our best and brightest scientists?

As of Saturday night, the 22nd, I have check their website, and they have not updated with the results from this near exhaust shaft filter.     That is very suspicious, considering this is a Plutonium leak as the first underground test facility.     Hmmmm.....4 and 1/2 days, and no results after a Plutonium leak.    I wonder if they are discussing how they are going to "communicate" the results.


This morning I received an email from Russell Hardy who runs the testing lab that detected "transuranics" at the Underground Storage site.    I'll do some back of the envelope calcs later, guessing at the Cubic Meters flow rates and time, and calculate a mass of ejection based on air density.

Russell states that they havent "had time" to calculate the Cubic Meter.    This calculation is simplistic and quick.    But they have had time for a press conference to say how low it was.   Read the email. 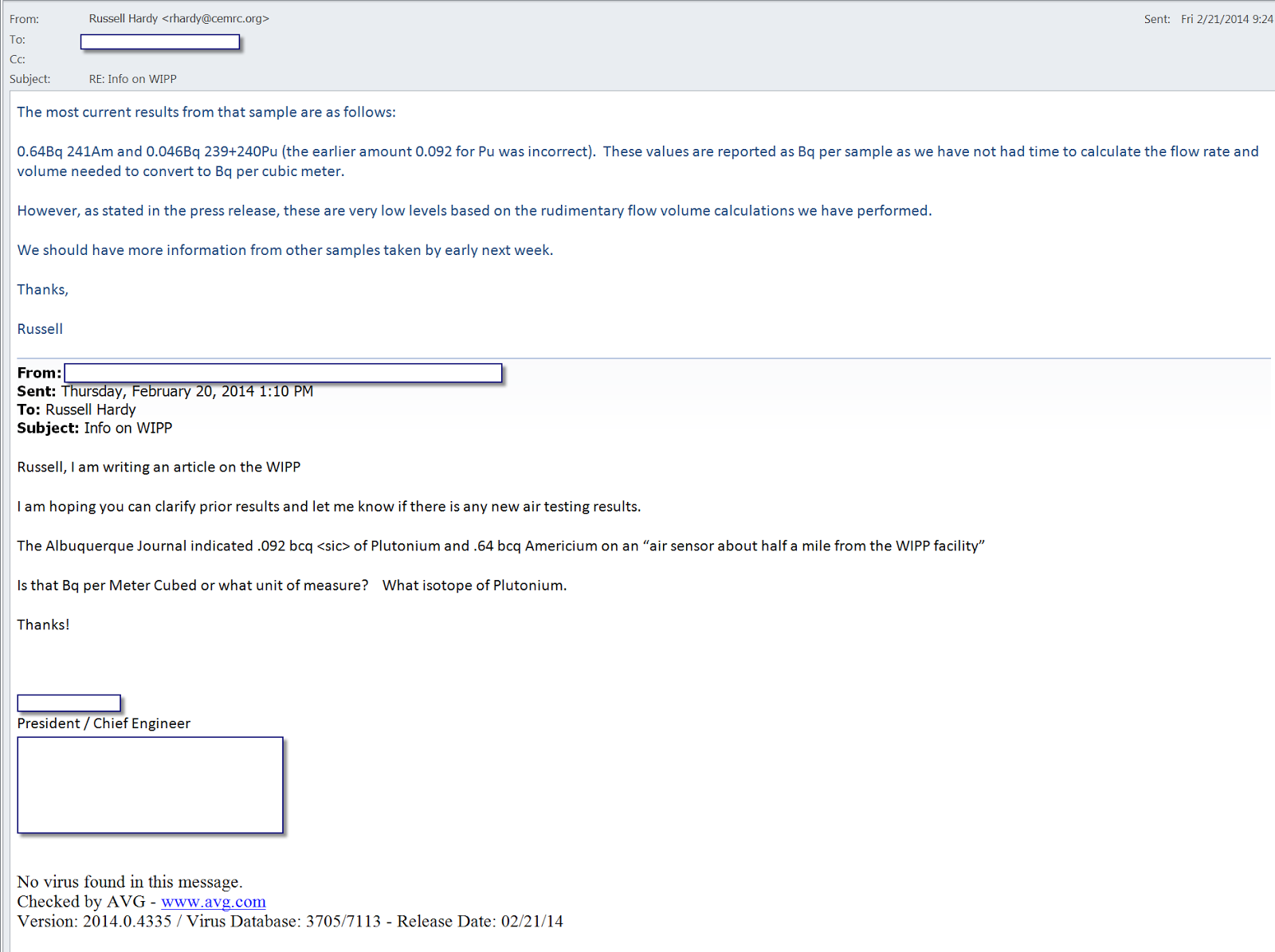 BTW Transuranics mean rads with a higher atomic number than Uranium.     Its the nice way of saying PLUTONIUM!

These are really nasty, not just as radioactivity, but as heavy metals.

This is getting some air on Semi-Main Stream Media --FOX
http://www.foxnews.com/us/2014/02/20/radiation-detected-near-new-mexico-nuke-site/?intcmp=latestnews


Four days after a radiation alert shut the nation's only underground nuclear waste repository, an independent monitoring center said Wednesday it found radioactive isotopes in an air sensor about a half mile from the southeastern New Mexico plant.

Funny how they are using mined Salt Caverns to store the most dangerous thing on earth.    It seems to me that salt would be easy to mine, and also not that strong.    i.e. everything we put under earth, will have to be accesible in the future, as the containments will need to be replaced say every 30 to 100 years.

Hmmm...so salt is weak and corrosive, doesnt sound like the best place to store the most dangerous thing on earth.

Huh?    2000 square foot thick?     I think they better review their engineering units of measure, LOL.    Gives you a lot of confidence, right?

And this picture is also from the DOE website, on the front page.     I guess they are proud of using the "quality" plastic wrap to secure these carbon steel 55 gallon drums before they dump them into the corrosive salt cave.    Wow, just wow. Real nice....2 guys standing around watching one guy work, wrapping up barrels that are still labelled as "Empty" if you look closely.    On the front page of their website.    That just doesnt give me the warm and fuzzy feeling.

Wow, this briefing has just lit the main stream media on fire, LOL 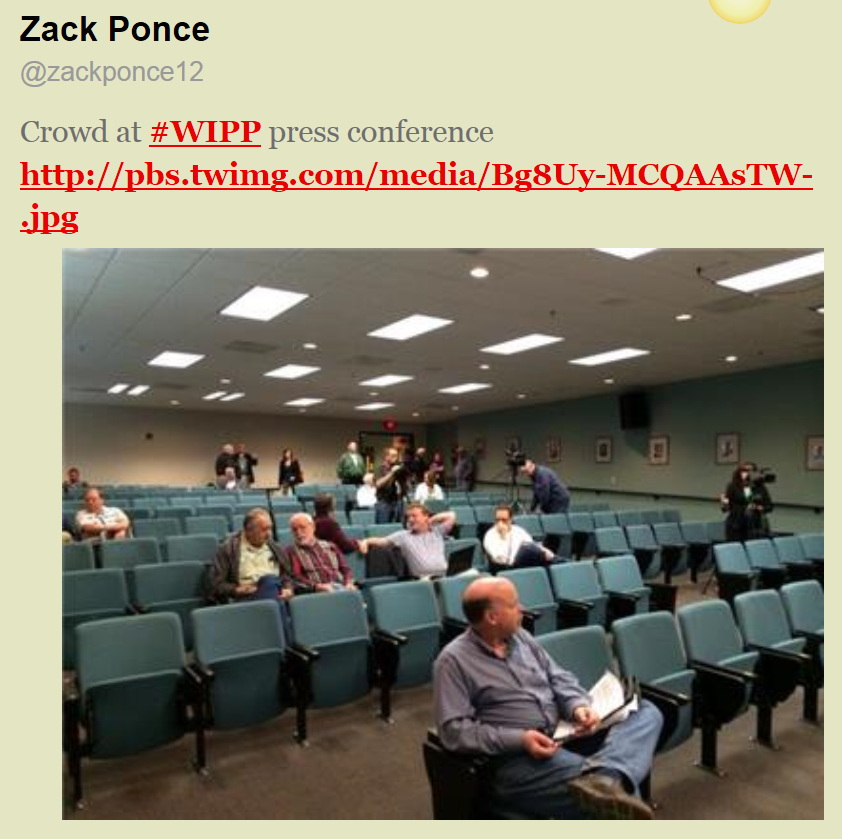 Guy doing some brickwork to stabilize part of the tunnels.   As suspected the native material is not adequately stable.   Are these bricks reinforced with steel, very unlikely. 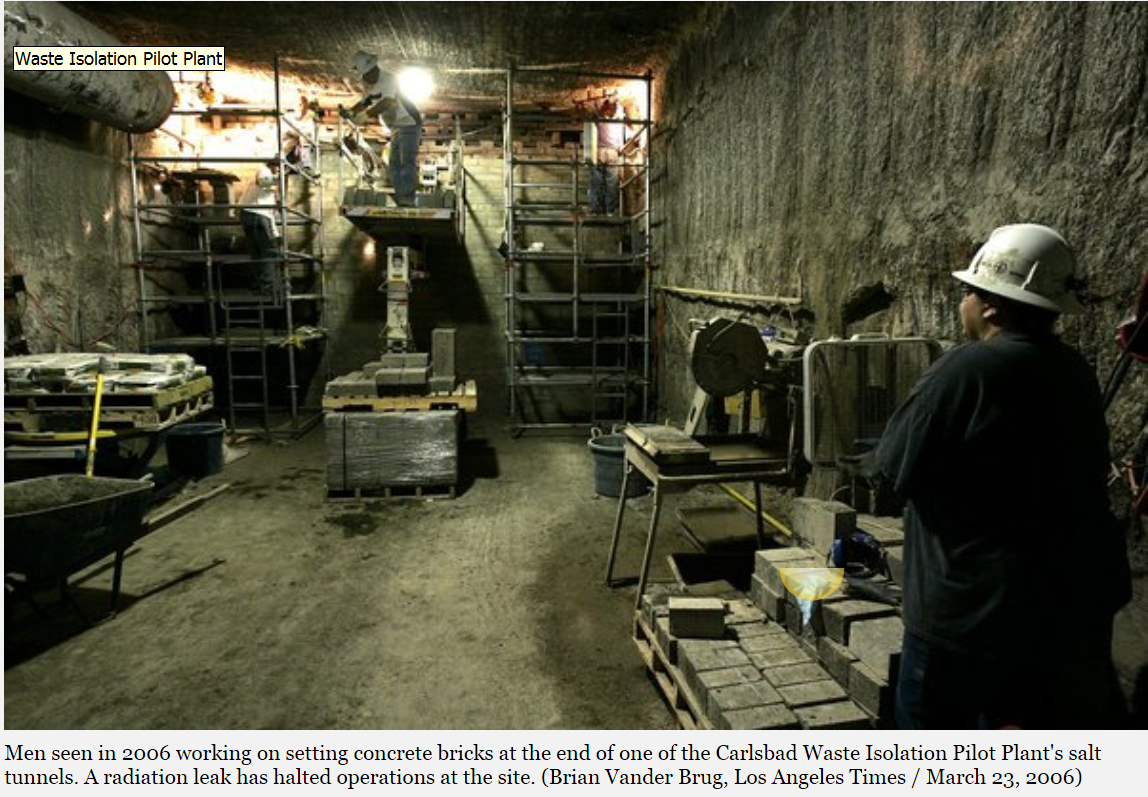 Seems like storing barrels in salt caves really sucked for Germany, now they are leaving nuke completely behind and trying to clean up this mess of leaking, salt corroded barrels. 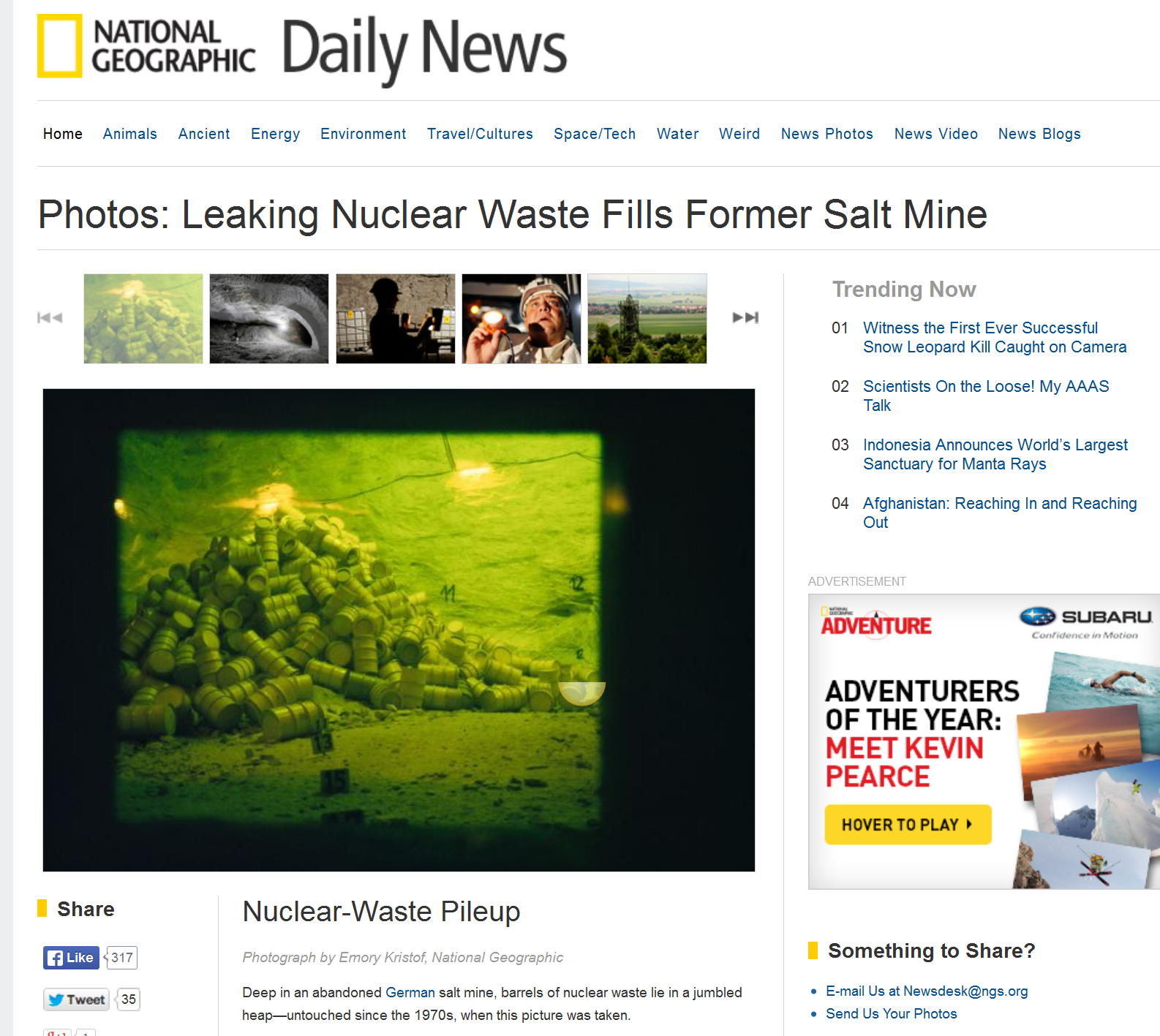