This was fairly hard to find this data and parse in into a format that made some sense.    Check out the charts and drop a comment.

Here is the Excel File Itself
Download it from Box which is a great free service, I recommend them.

Maybe even do some more advanced number crunching, or correlate them to nuke bomb testing and sunspots.    Have at it!

Bottom line, Global Warming has certainly occurred since 1880, but temperatures go in cycles, and "we" (meaning humans including scientists) do not understand them.   There is a lot of complex stuff that affects weather, and yours truly strongly believes that sunspots and other sun magnetic and electric effects and as also related to cosmic ray blocking are WAY more important than CO2 from fossil fuel burning.     Most of the Egg Head scientists don't even understand solar spots and are crappy at predicting cycles, and befuddled when there academia programmed minds can't operate to understand a process when it conflicts with their "training".

Fact, we are seeing some more extreme weather months in the last 17 years, BUT the standard deviation is actually going down, see the chart.       What does it mean?

Simple.    Those in the boomer and post boomer generations have lived through a period of incredible weather stability.    In the far known and measured past, weather has been more extreme.   Just that fact alone helps the huge economic expansion of post WW2.     We had it good.     Now we are getting a few extreme spikes.  It will be hotter and colder, dryer and wetter going forward.     But global temperature has stalled out, and a reversal is likely.

Another big thing that is barely on most peoples radar is the earths magnetic pole shift, I can't deal with that one today, but realize it could be a massive effect on earth weather. 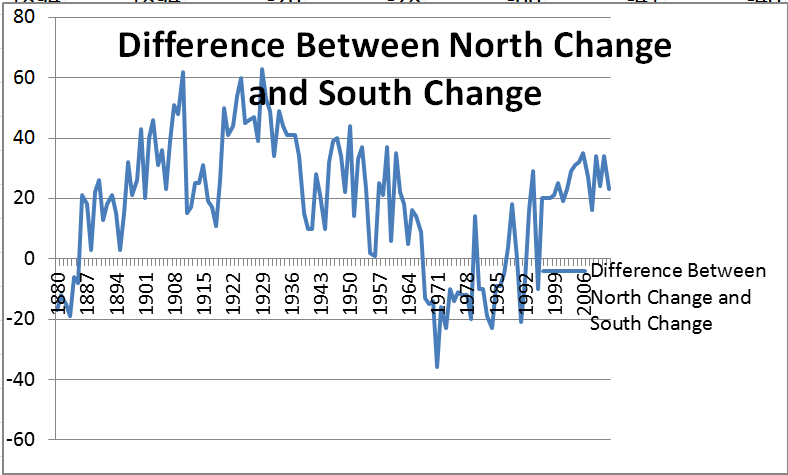 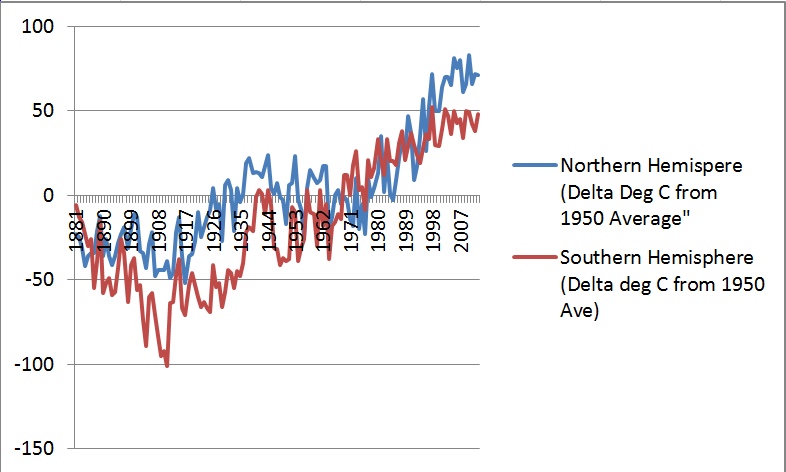 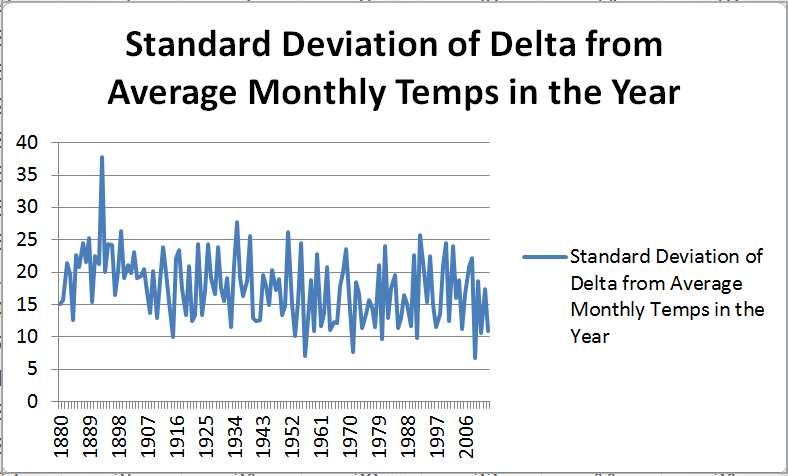 A reader at this site contributed a link to his own work, which proves that global warming is a scam, and that CO2 IS NOT a driver for upward temperatures.     He is a real engineer with a background similar to mine.    He has put real science to what is "know on a gut level".


Carbon dioxide change has no significant influence
The influence that CO2 has on AGT can be calculated by including ‘C’ in Equation (1) of Reference 2 as a coefficient to be determined. The tiny increase in R2 demonstrates that consideration of change to the CO2 level has no significant influence on AGT. The coefficients and resulting R2 are given in Table 1.
Table 1: A, B, C, D, refer to coefficients in Equation 1 in Reference 2

And a frequent commenter here, Dud added in

No chart for sunspot activity?
Rectified, if you like --> http://solarscience.msfc.nasa.gov/images/Zurich_Color_Small.jpg

And amazingly, on Aug 1, 2014 when I published my proof that Global Warming is a scam, Suspicious Observers had a short comment on their daily video, and the statement that "there has been no warming for 17 years" and a link to a long video that goes deep into Global Warming scam.   I haven't watched it yet, but here it is.

Early records of sunspots indicate that the Sun went through a period of inactivity in the late 17th century. Very few sunspots were seen on the Sun from about 1645 to 1715 (38 kb JPEG image). Although the observations were not as extensive as in later years, the Sun was in fact well observed during this time and this lack of sunspots is well documented. This period of solar inactivity also corresponds to a climatic period called the "Little Ice Age" when rivers that are normally ice-free froze and snow fields remained year-round at lower altitudes. There is evidence that the Sun has had similar periods of inactivity in the more distant past. 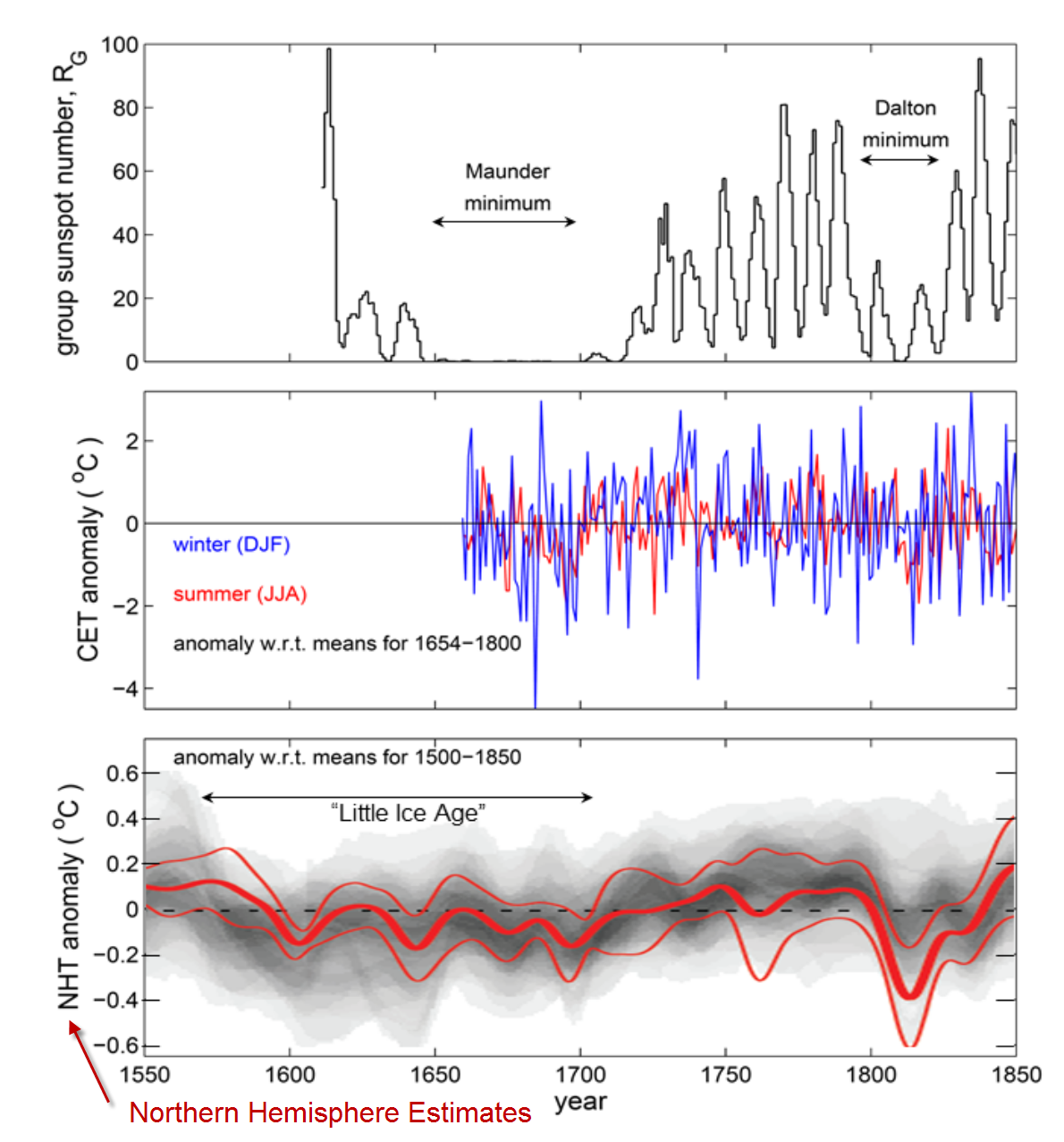 November 13, 2014 at 3:46 pm · Reply
Sadly I came to the same findings, and it does seem that the catastrophic man-made global warming theory has been pushed mostly by people aligned with the nuclear expansion agenda. And some very well-meaning environmentalistas (with not the best scientific interpretation skills, imo) fell for the propaganda… .
Using NOAA Annual averages I settled on a conservative "at least 12 years of no global warming", with signs (esp. related to solar activity) pointing to cooling ahead:
https://allegedlyapparent.wordpress.com/2014/06/29/warmest-may-global-cooling-climate-change/
One of the most pronounced examples of using the CO2-scare to push nuclear has been George Monbiot, who stepped up the nuke propaganda machine before the data was even in, with, "Why Fukushima made me stop worrying and love nuclear power" (http://www.theguardian.com/commentisfree/2011/mar/21/pro-nuclear-japan-fukushima But most "warmistas" in key positions of political influence have one thing in common (Al Gore, Obama, James Hansen, Bill McKibben, etc.), they're also supporting the nuke agenda… 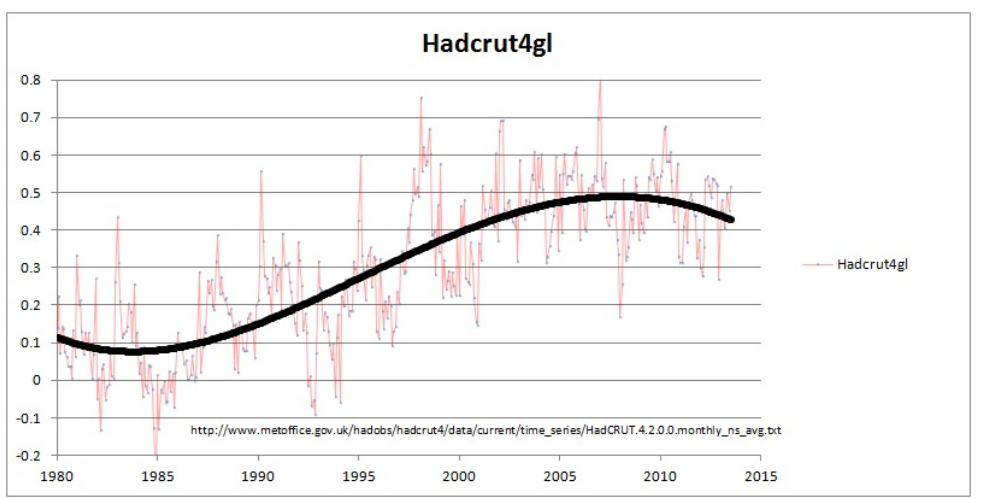 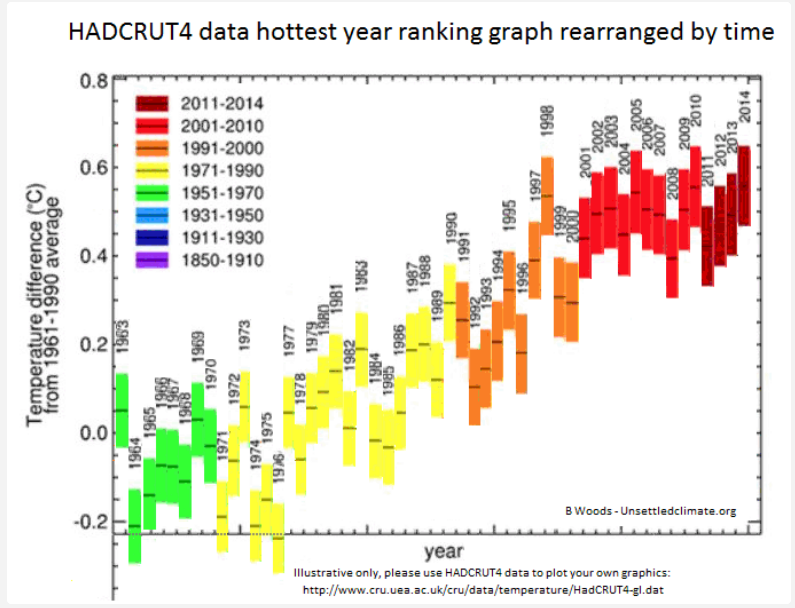