A pro-radiation shrill (Aptly name Cyril) has been attacking Nukepro throughout the blogophere.   She states in her comment below----

So I had to do some calcs to convert Bq to grams, she says 10 grams (.01 kG) of Strontium was released.    Hmmm that seems a bit low to me.   Oh I see....about half of the inventory of Fukushima was exploded and aerosolized into the atmosphere, over 3000 lbs of Strontium, but the shrill shill states that less than half an ounce of Strontium got out, ever.

Right, and they detected Strontium in Hawaii milk (they do have cows in Hawaii) before the DOH was told to implement the BP playbook to "protect" our Japanese friends and the nuke cartel.

Hilarious, they reported the Strontium 89!   As a way to say....hey it only has a half life of 55 days, no problem, in 2 years it will be all gone.     Funny how the radiation cartel just refuses to even talk about strontium 90, half life around 30 years.

And they found 145Bq/kG south of Tokyo, story here
http://ex-skf.blogspot.com/2011/10/strontium-90-discovered-in-yokohama.html 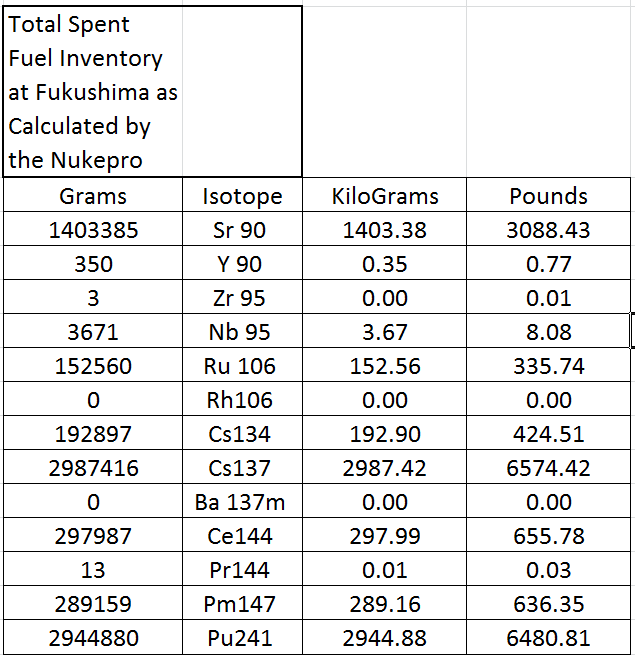 At the bottom of this post is a discussion of radiation releases from various sources over the course of the "nuclear age", from ENENEWS.

A while back I spent about half a day to gather information and do some calculations.    Surprisingly, the NRC provided the data I needed directly to me.    That was sure useful of them.

Here are the net results.      Truly an astounding amount of radiations at Fukushima.   Well, was at Fukushima, they "gifted" much of it to the world. 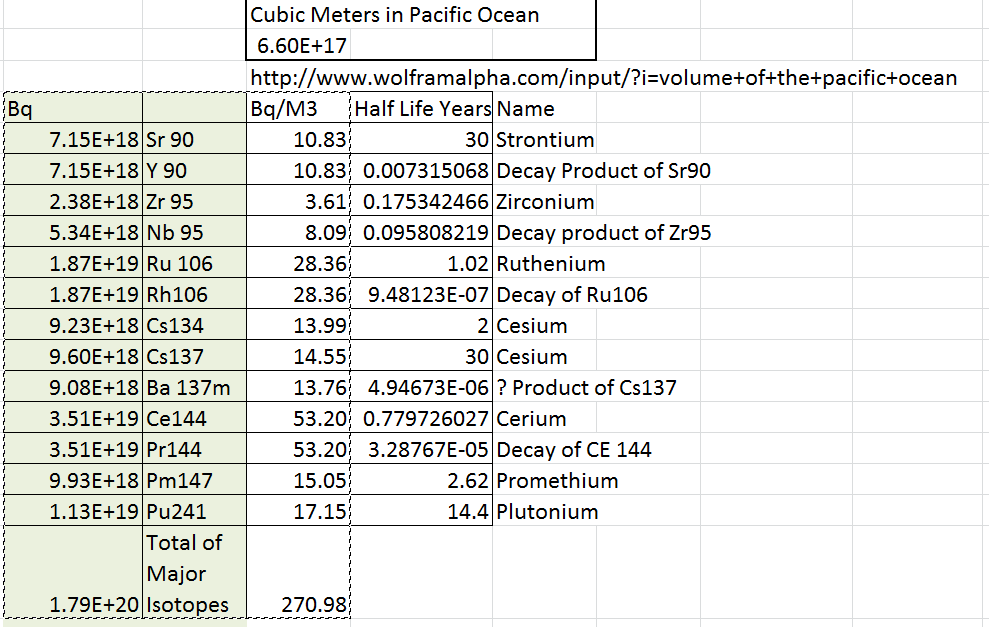