Quick report here.   Drop a comment folks, and sign up as a follower, right on the right hand side of the blog.

Very interesting findings on my last airplane flight.    It was during the day, so good lighting, and no adjacent passengers, so I could do plenty of Geiger testing without getting anyone upset.

There was considerable radiation differences in different areas on the flight path, and at the same cruising altitude.    Basically 11 CPS to 15 CPS.   CLICKS PER SECOND!   not per minute, per second!

The upper atmosphere is FULL of radiation.    Much more so than 20 years ago.     Cosmic radiation is various stuff, and what you will pick up on an Inspector Geiger will be gamma.    There is no beta radiation in Cosmic.

A few centimeters of flesh will stop all Beta radiation

By putting the Pancake Style Geiger on my leg, I can effectively block all beta coming from the "downside".     Beta from the "upside" will still hit the Geiger tube, so I can block half the Beta

In multiple repeated tests the readings quickly ramped down from 15 CPS to 11 CPS doing the Leg Beta Blocker test routine <LBB>(TM stock 2014).     This is a delta of 4 CPS due to Beta being blocked on one side of the pancake geiger.

This Beta, to repeat, is not Cosmic.   Fukushima is here.

Here are 2 videos shot back to back that shows the massive Beta reduction using "body shielding".

This is 13 CPS, Clicks per second.    A normal background radiation level in modern days is 25 CPM Clicks per minute.    Do you see an issue here? 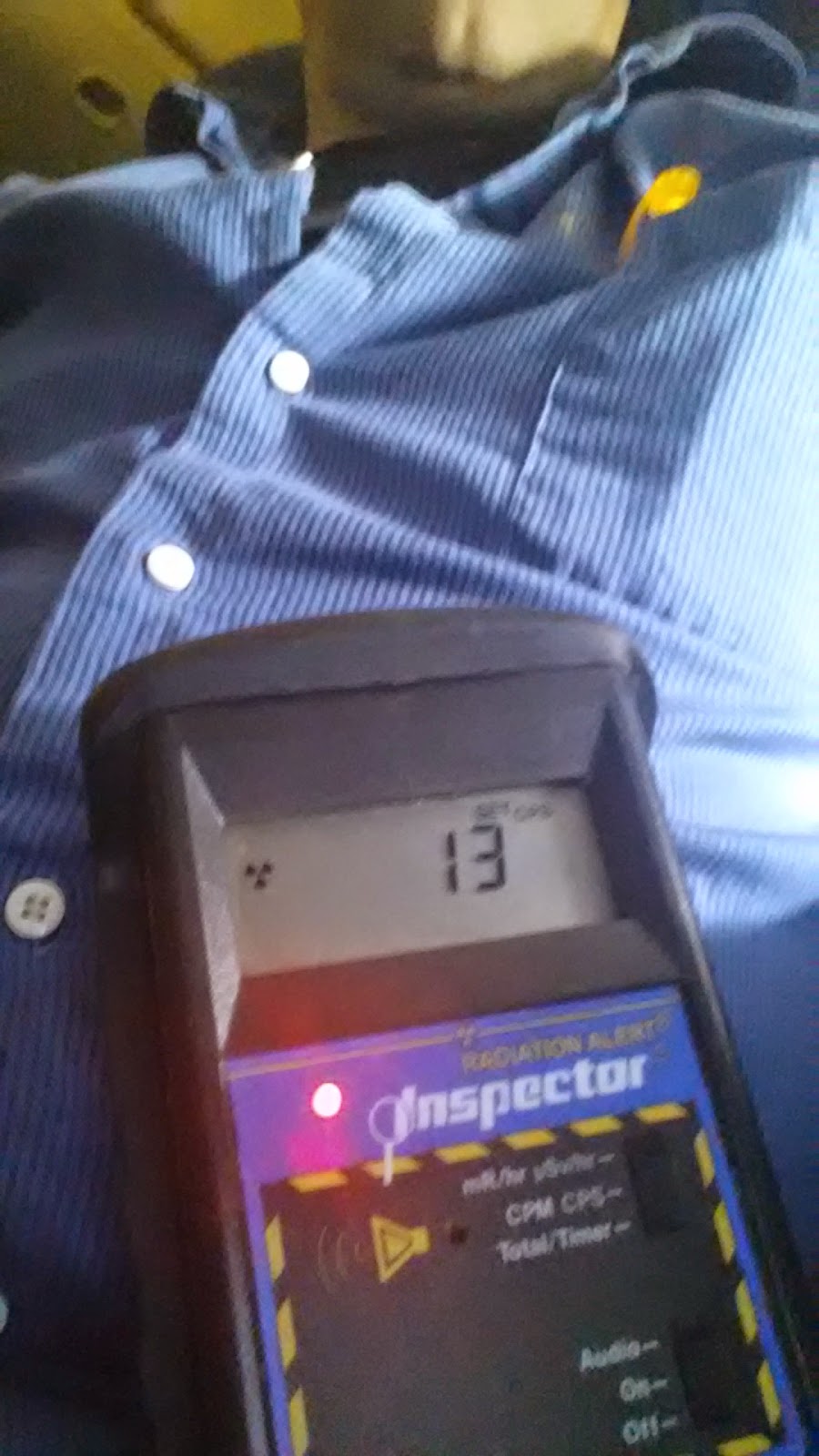 This is a different display mode on the Radiation Alert Inspector, it shows micro Sv per hour, based on assumption of Cesium as the isotope.    At 4 mSv/H there is a real risk of cancer if exposed for 90 days, see the table below.    Flight crews are in danger. 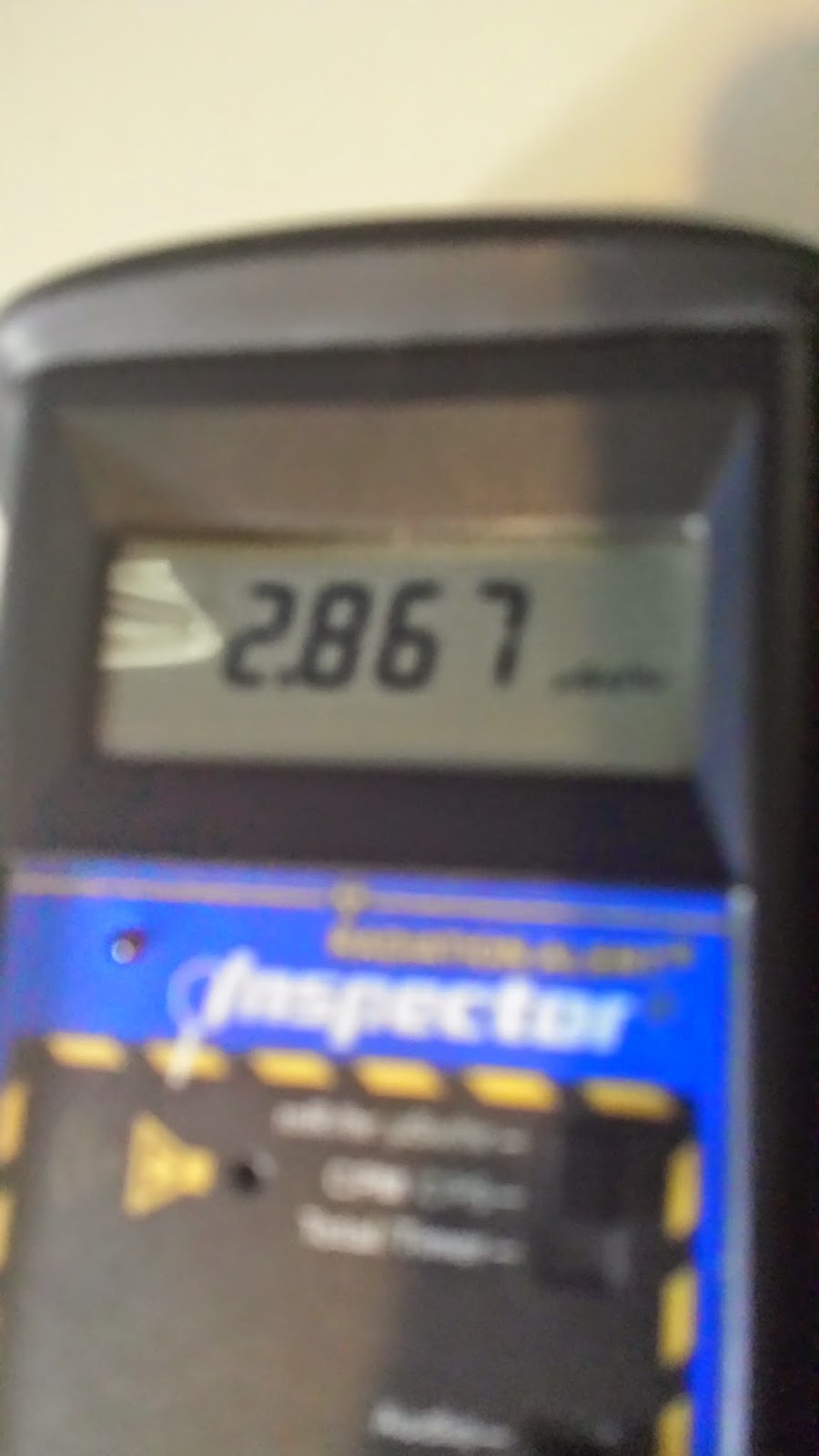 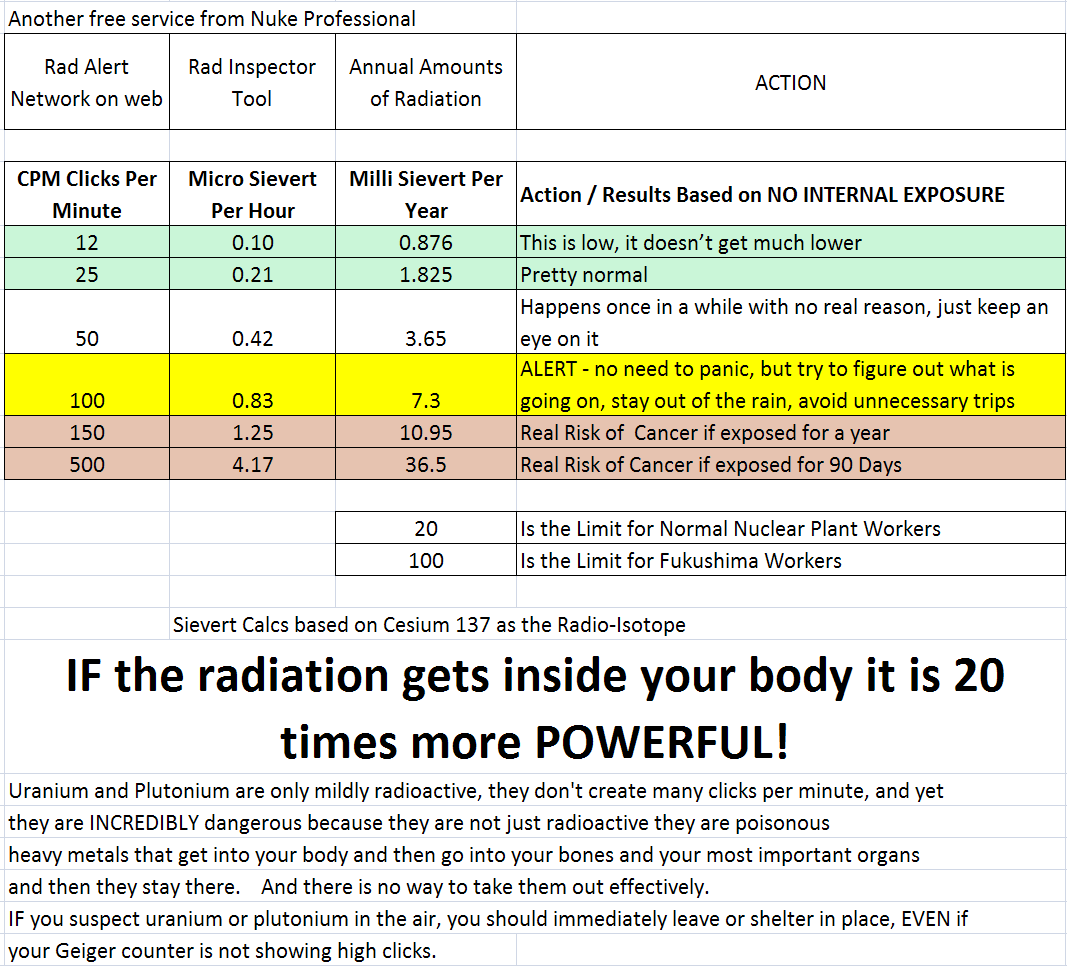 This other site did more like a "data logging" using altitude, but claimed it all to be cosmic, which is gamma and Xrays 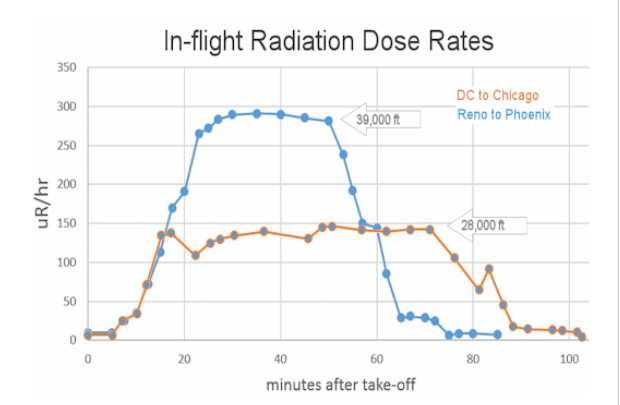 And here is some stuff from Anti-Proton


Here is a view of the "Alpha window" on the backside of the inspector, the door actually makes a nice standoff so you can put the inspector over a radiation test plate and yet not touch the sample. 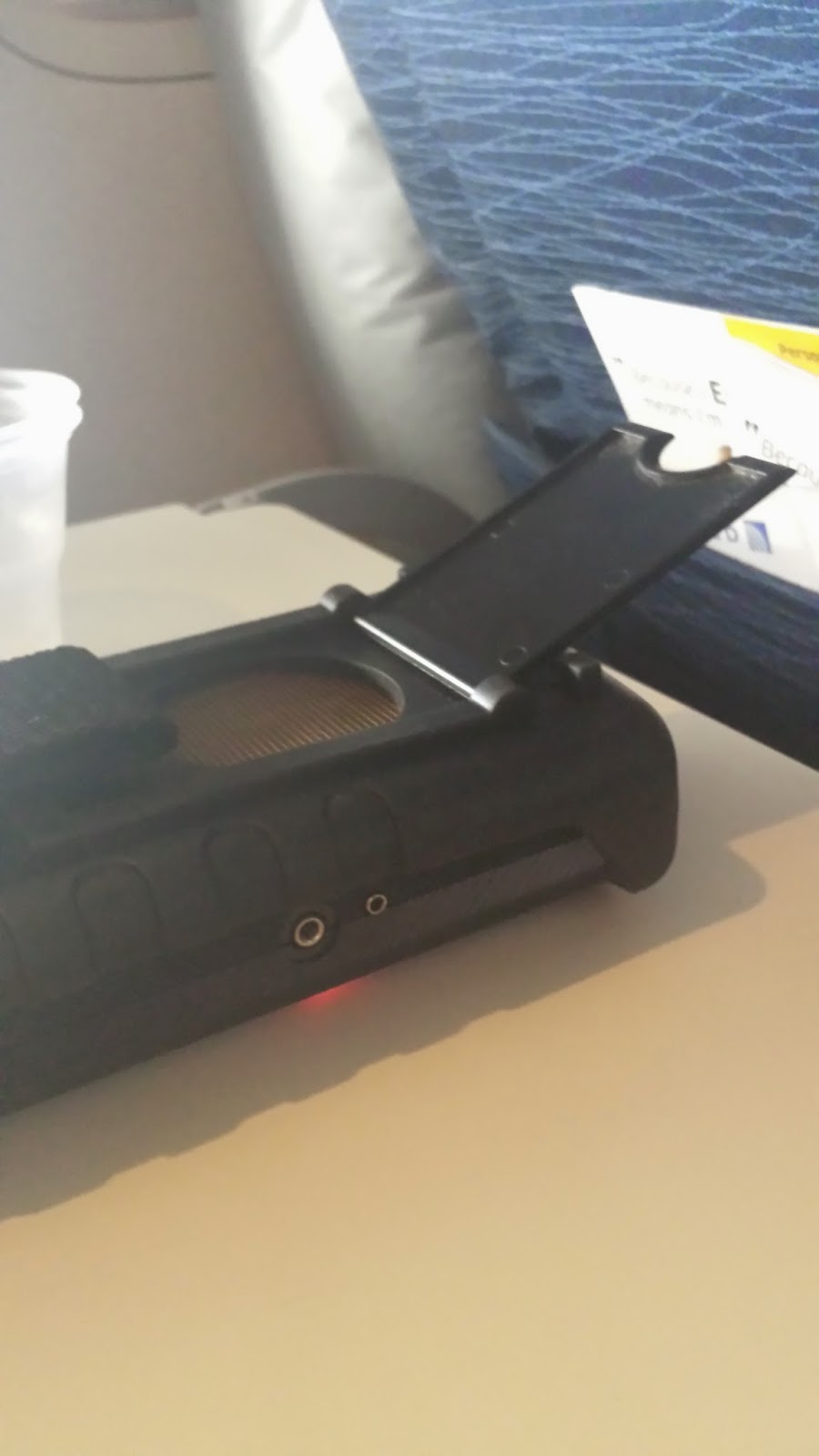 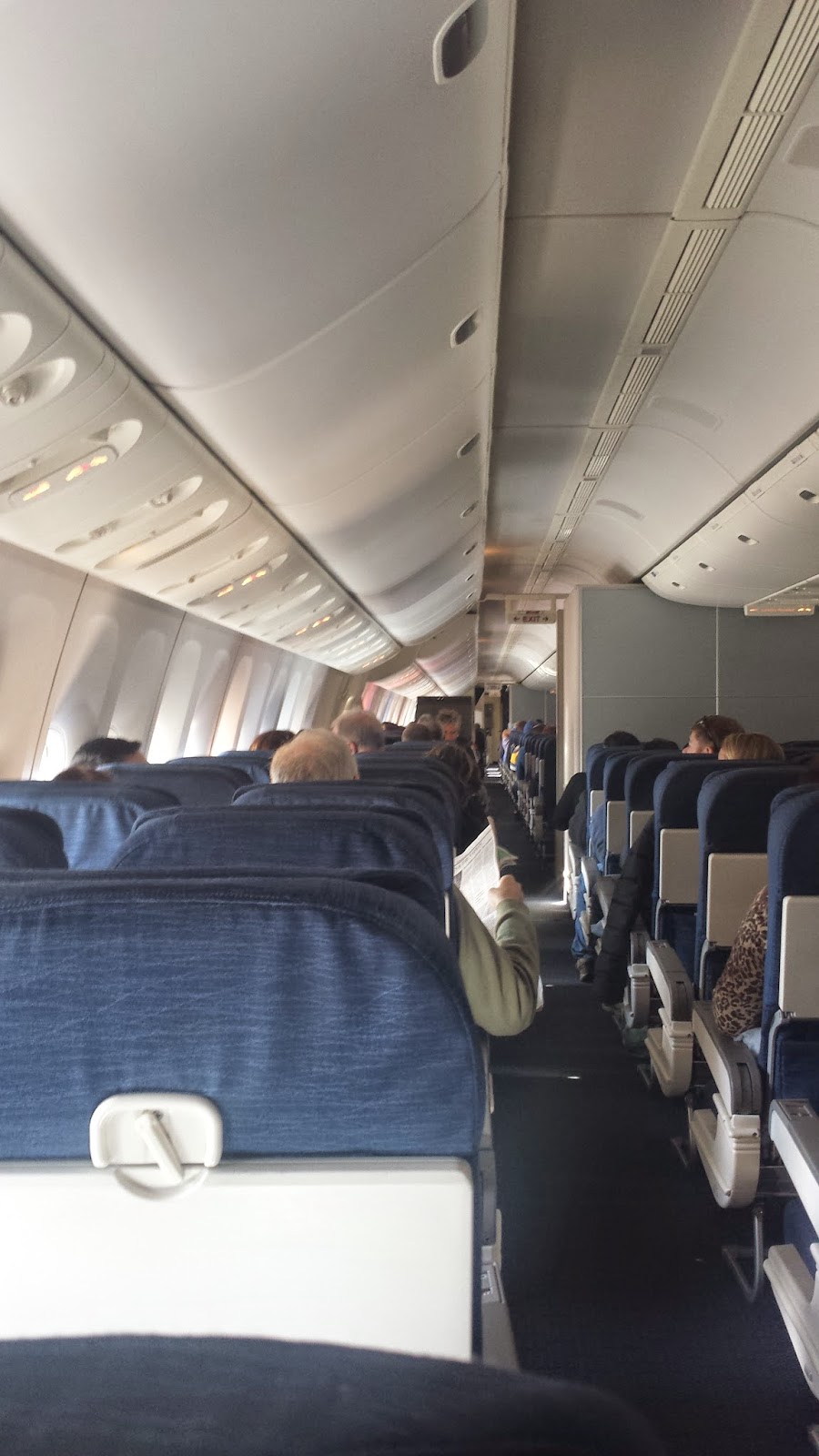