After Doing a Solar Troubleshoot on the North Shore of Oahu, I decided to enter the fray and crawl into Pipeline area.     I knew some type of surf event was going on, but hadn't paid attention to details.   LOL, it was the triple crown championship.    Dec 20th was the last day that it could be held, and conditions were excellent.    Enjoy the report, I hope it gives you a feel of what the whole awesome event was like.     Drop a comment.  stock out

At the bottom is a still picture wave sequence showing a successful "pipe" and a video of the Champions perfect 10 run.

Gabriel Medina Took the Championship, he is from Brazil, and that is a first for Brazil.

Julian Wilson Took second place.    He is from Australia 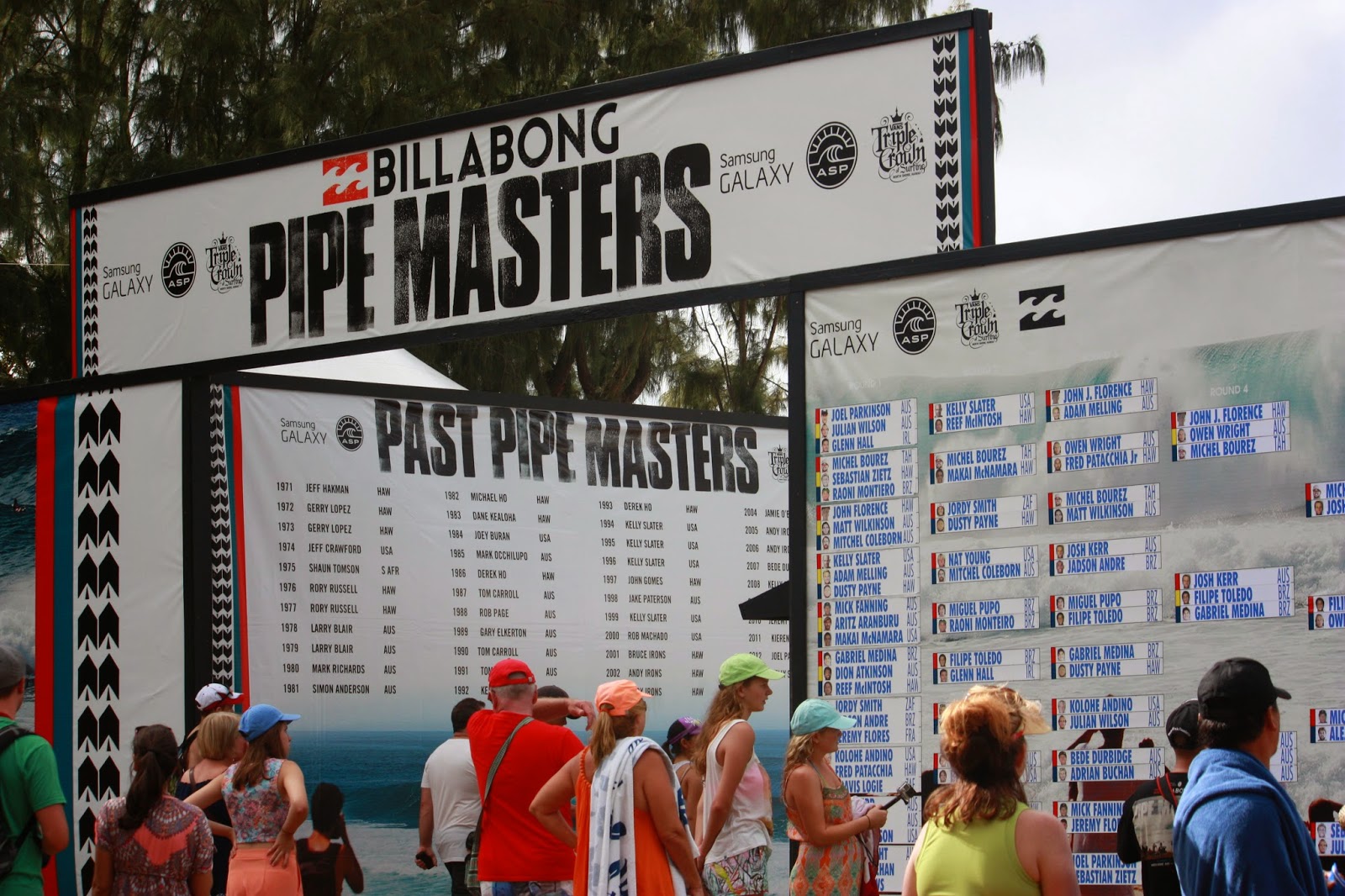 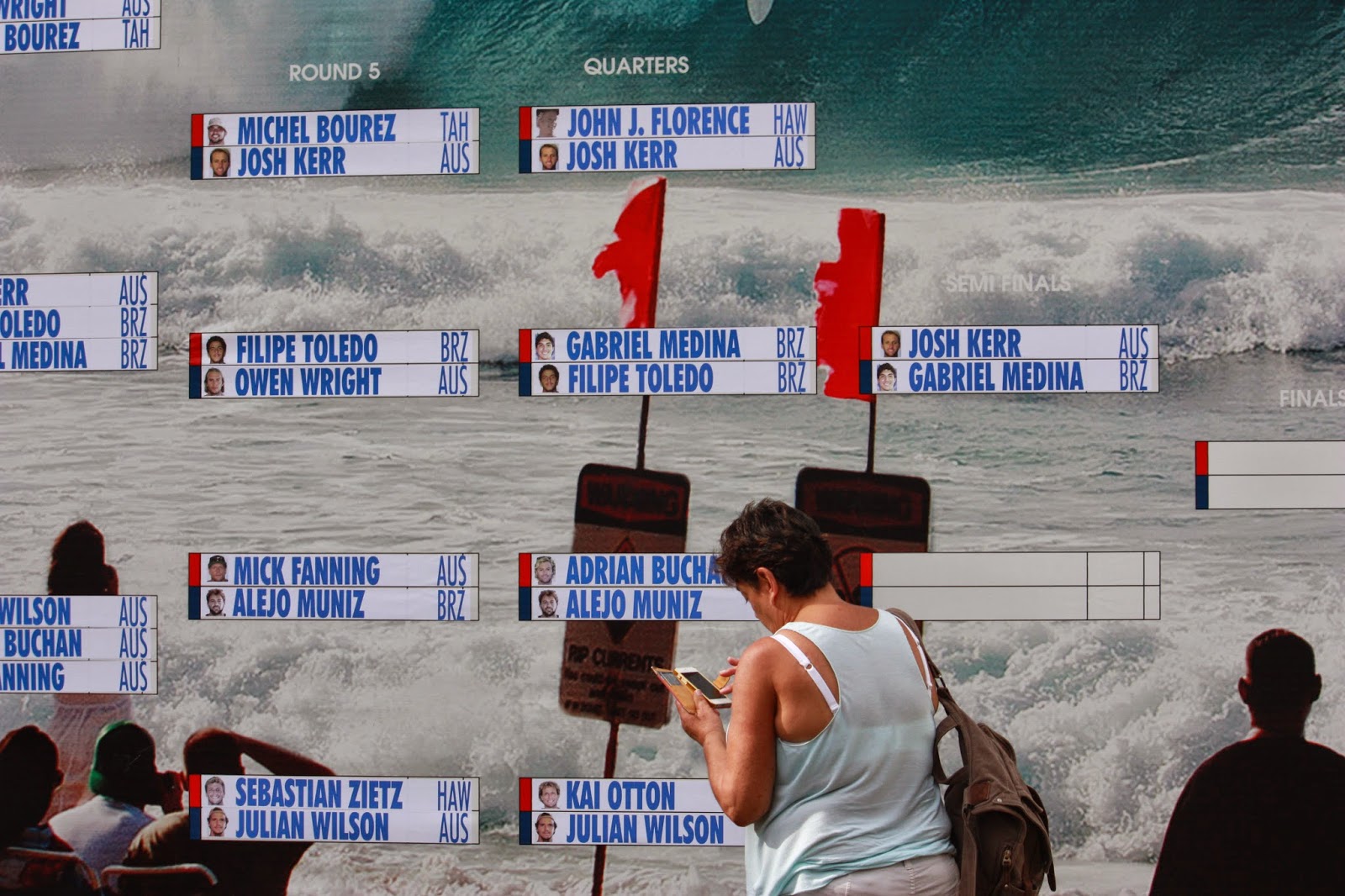 This is the judges booth and "insider hangout".    They give surf runs a score on a scale up to 10 being perfect 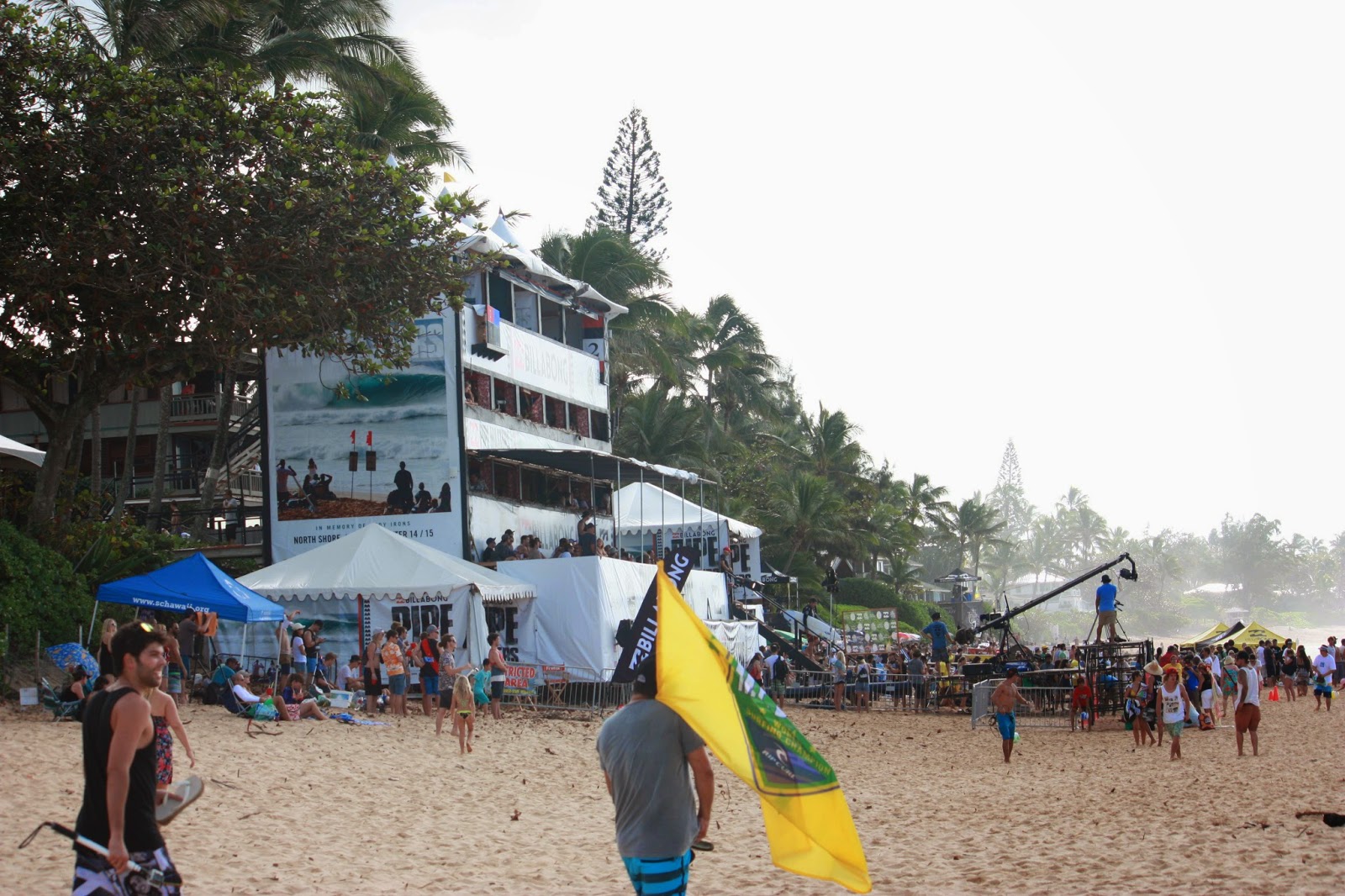 There are lots of cameras, TV video, and stuff in the air, there are also professional water videotographers and photographers who free swim in the surf zone to get spectacular coverage. 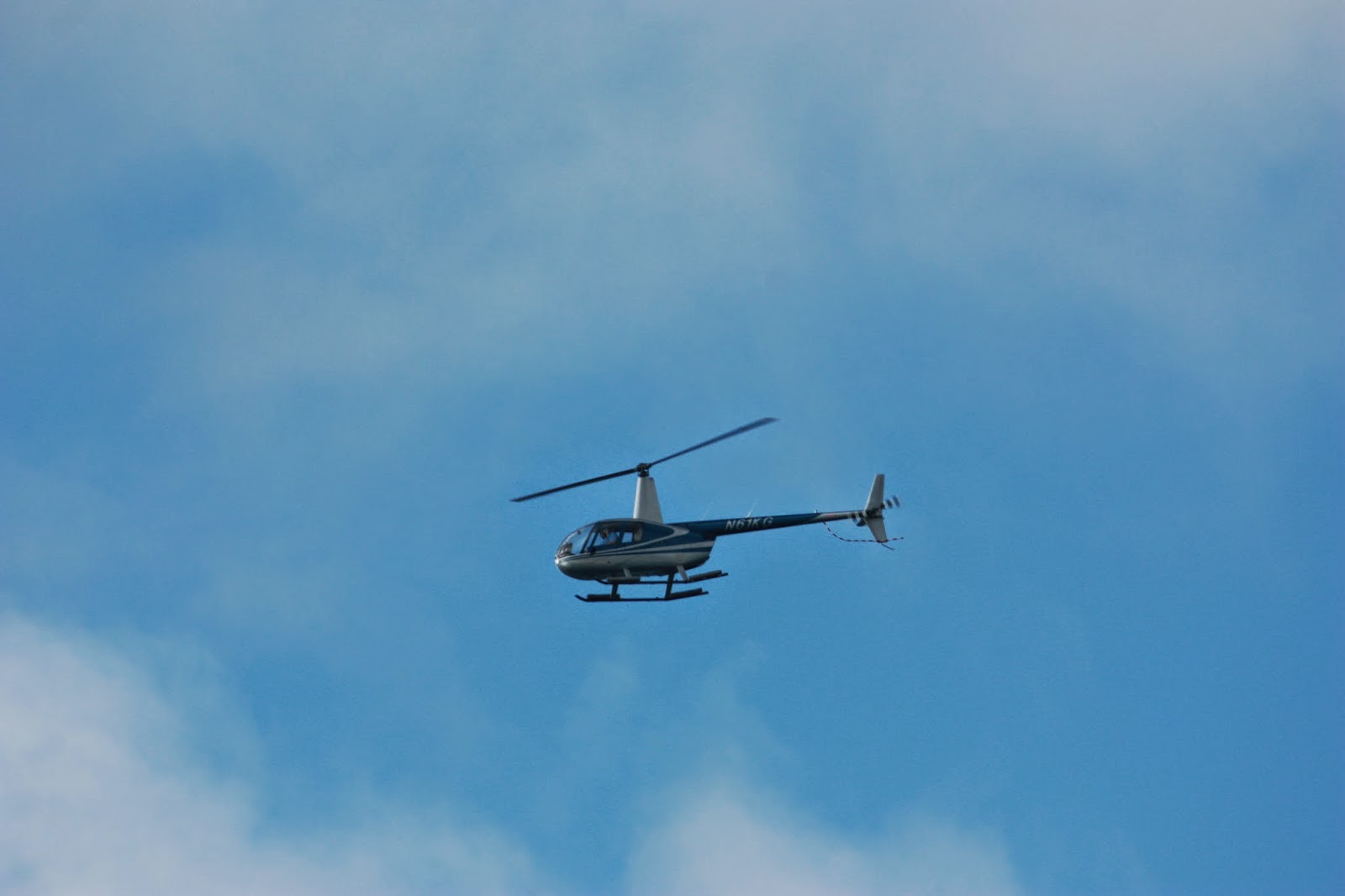 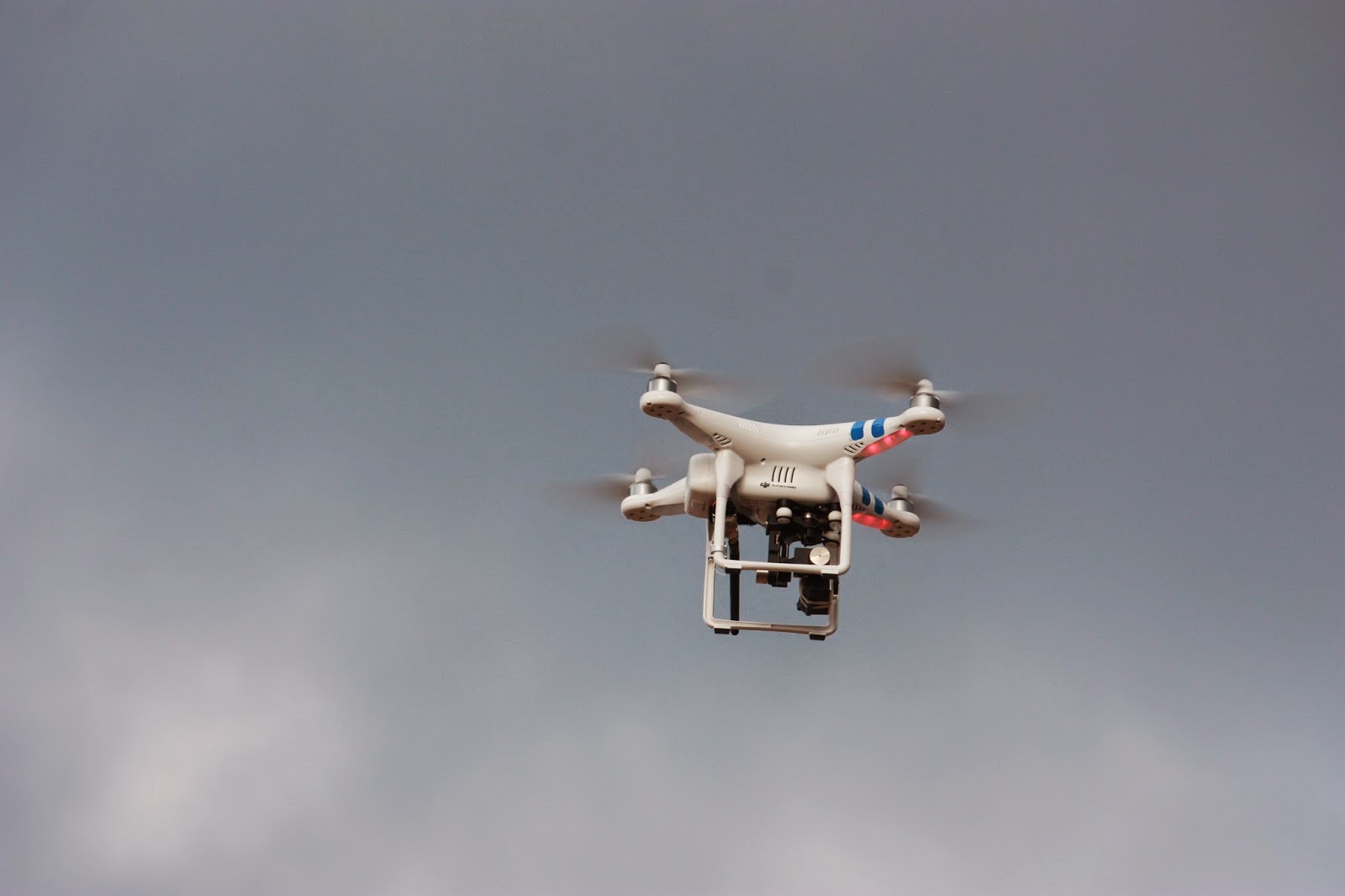 Above several individual citizens were operating private drones with video.     One operator informed me the drone was around $1000 and the video was $500 and up. 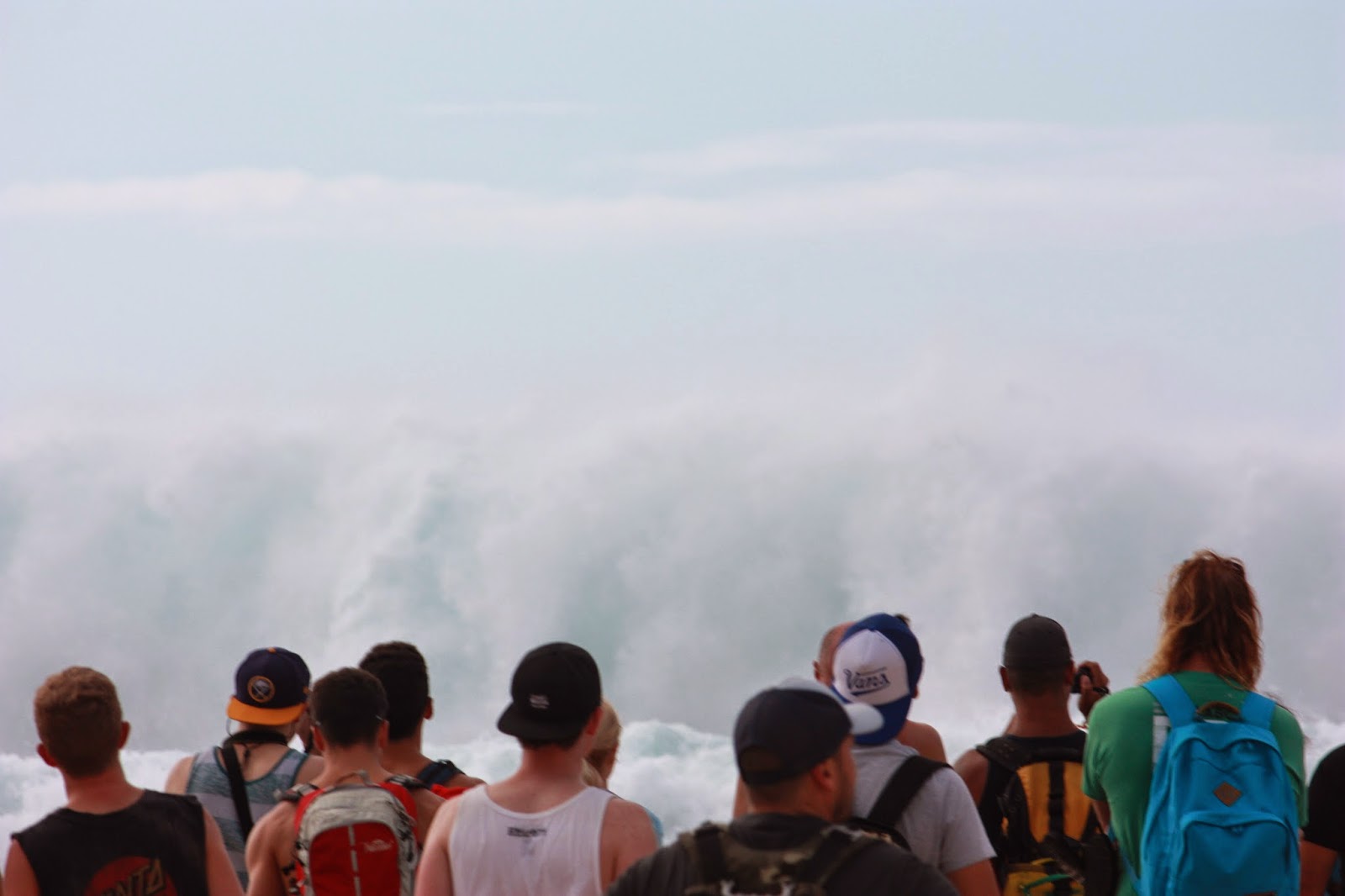 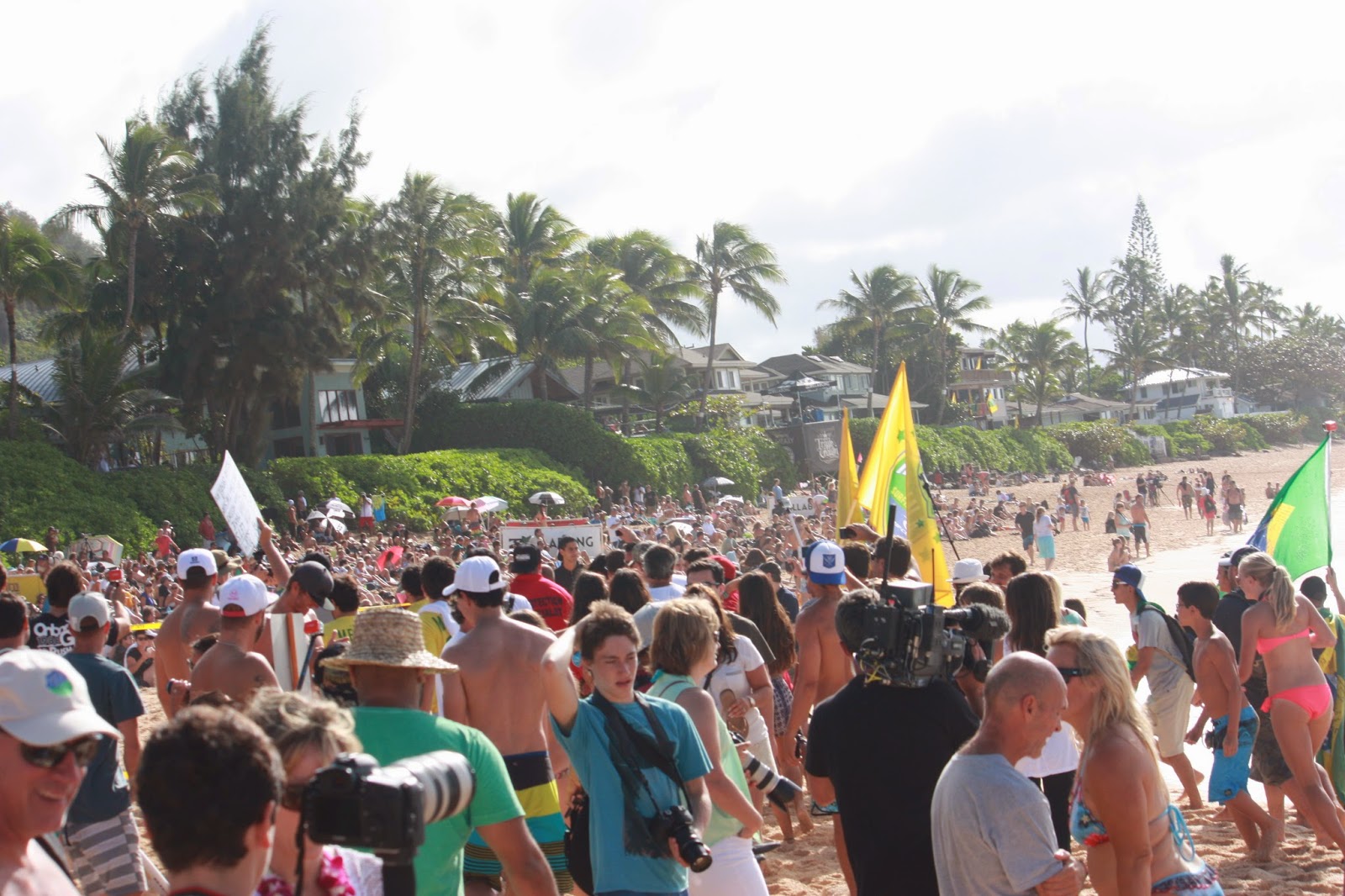 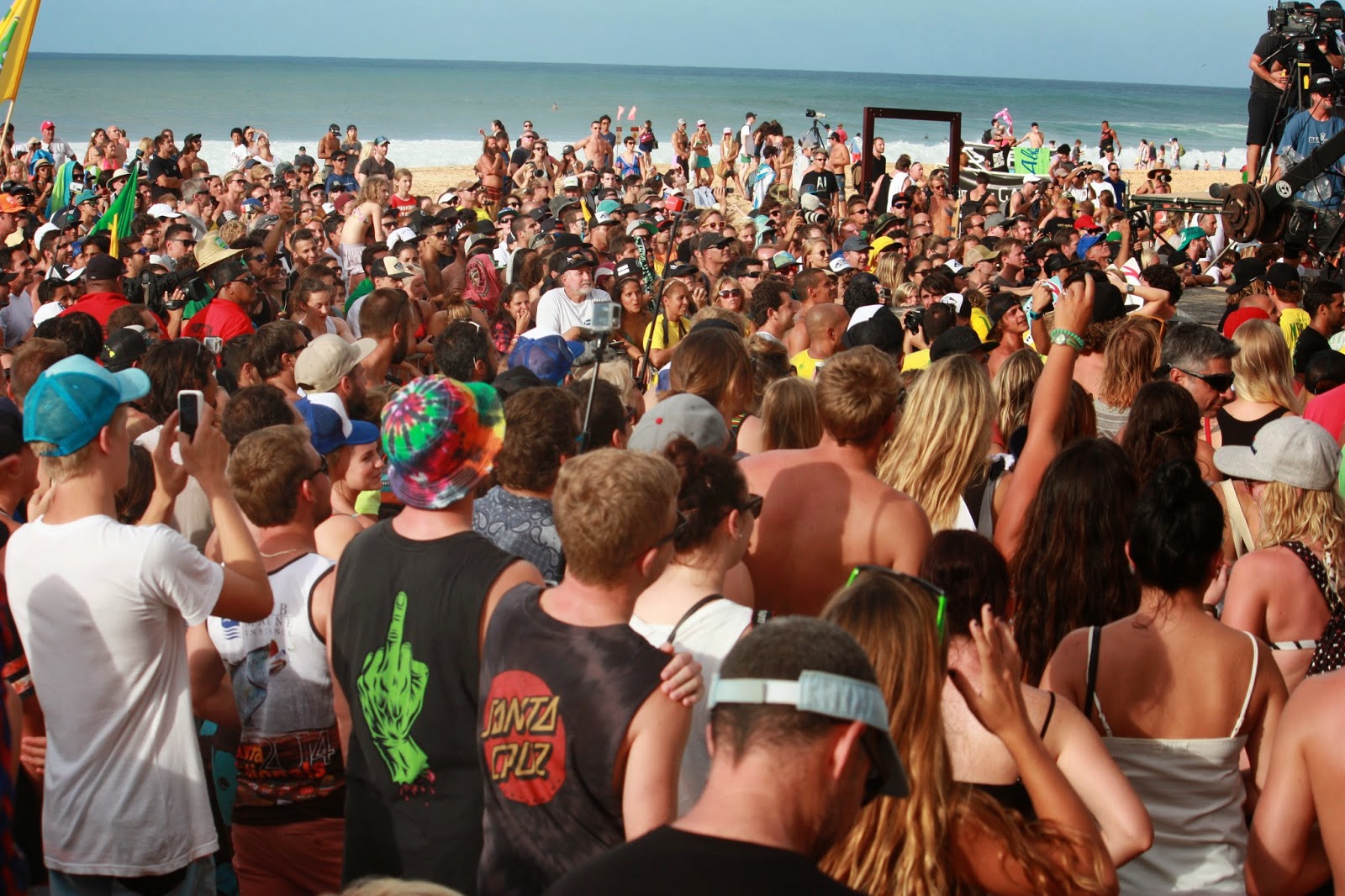 Masses of people from all walks of life, many races, all age groups, and many countries converge on pipeline.    Some are dressed fully clothed protected from the strong sun, and others are dressed in string bikinis, and everything in between.     Somehow the "speedo" that male Europeans clung to for decades has seemed to completely be extinct. 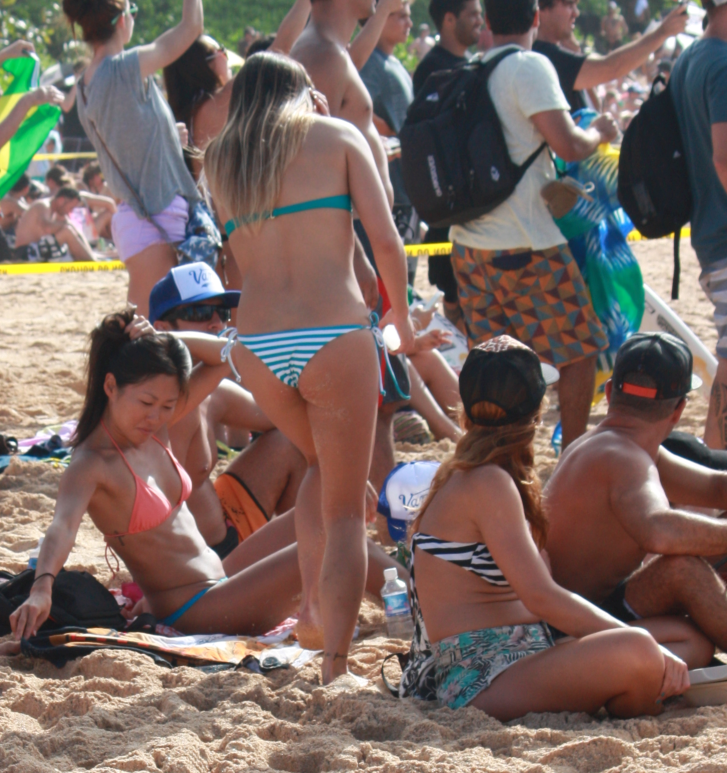 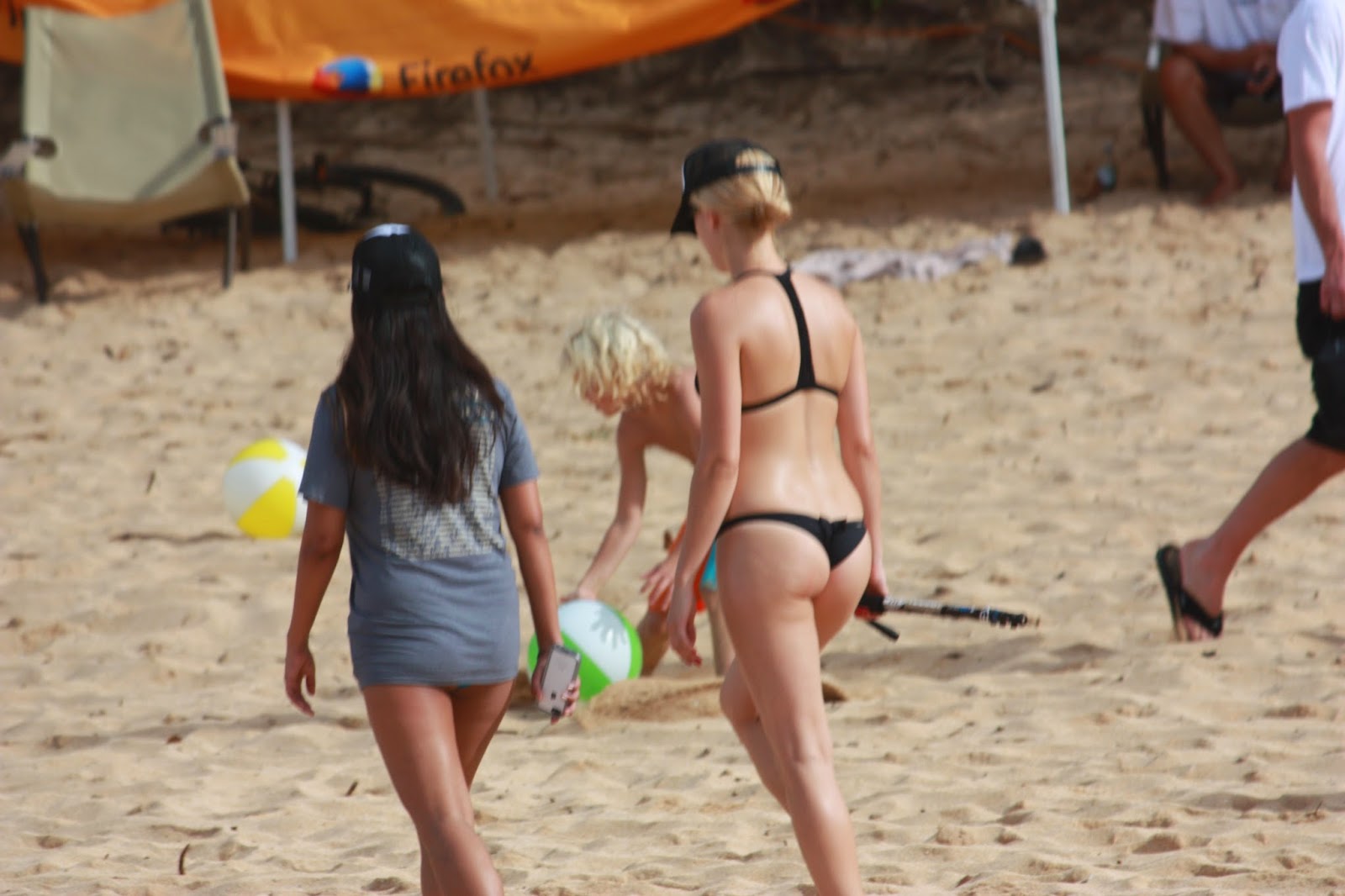 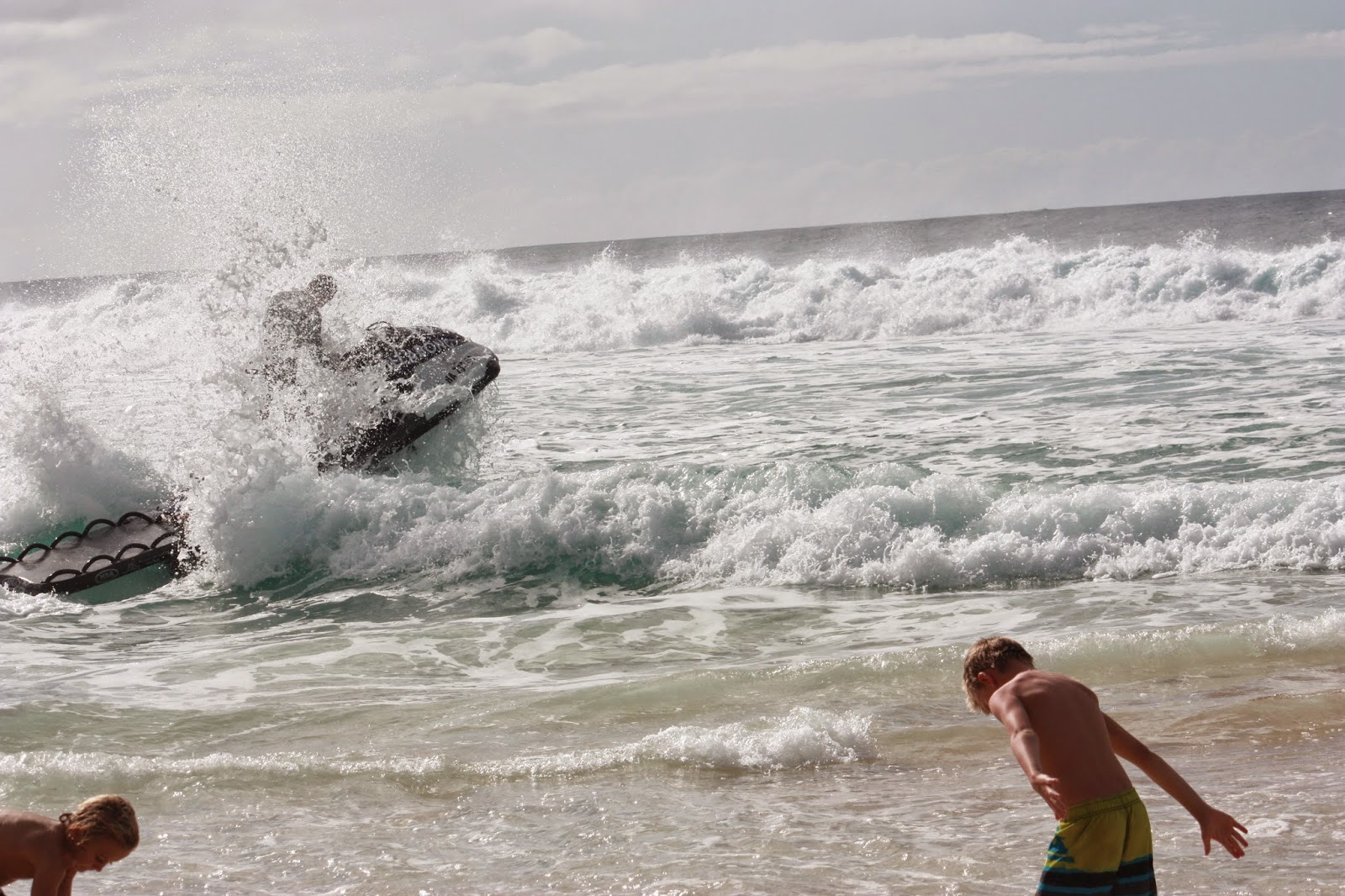 There is a support crew of jetskies / waverunner tow boats for safety and to help tow surfers out to the zone.    There are also the regular lifeguards on the beach on their four runners 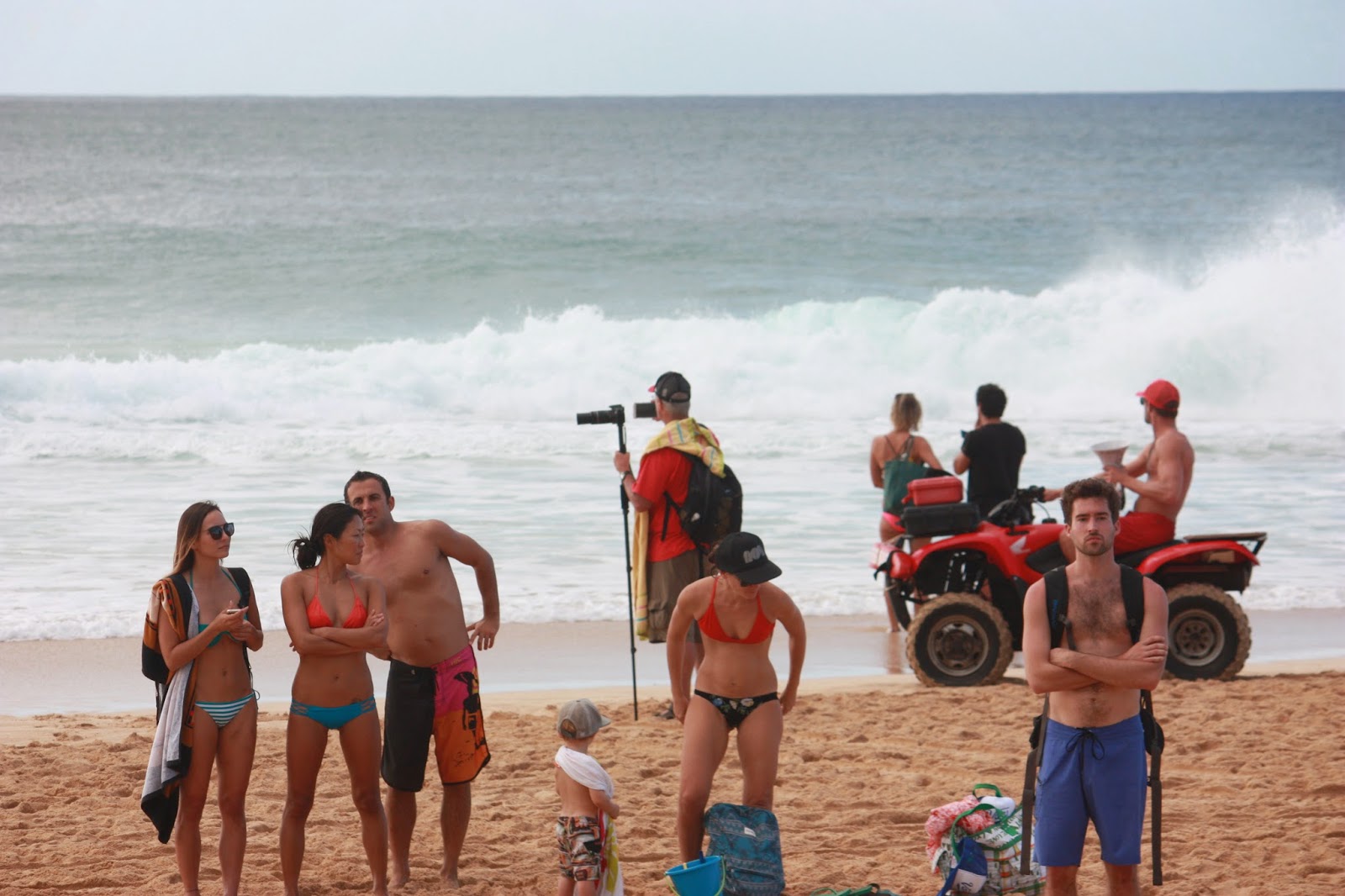 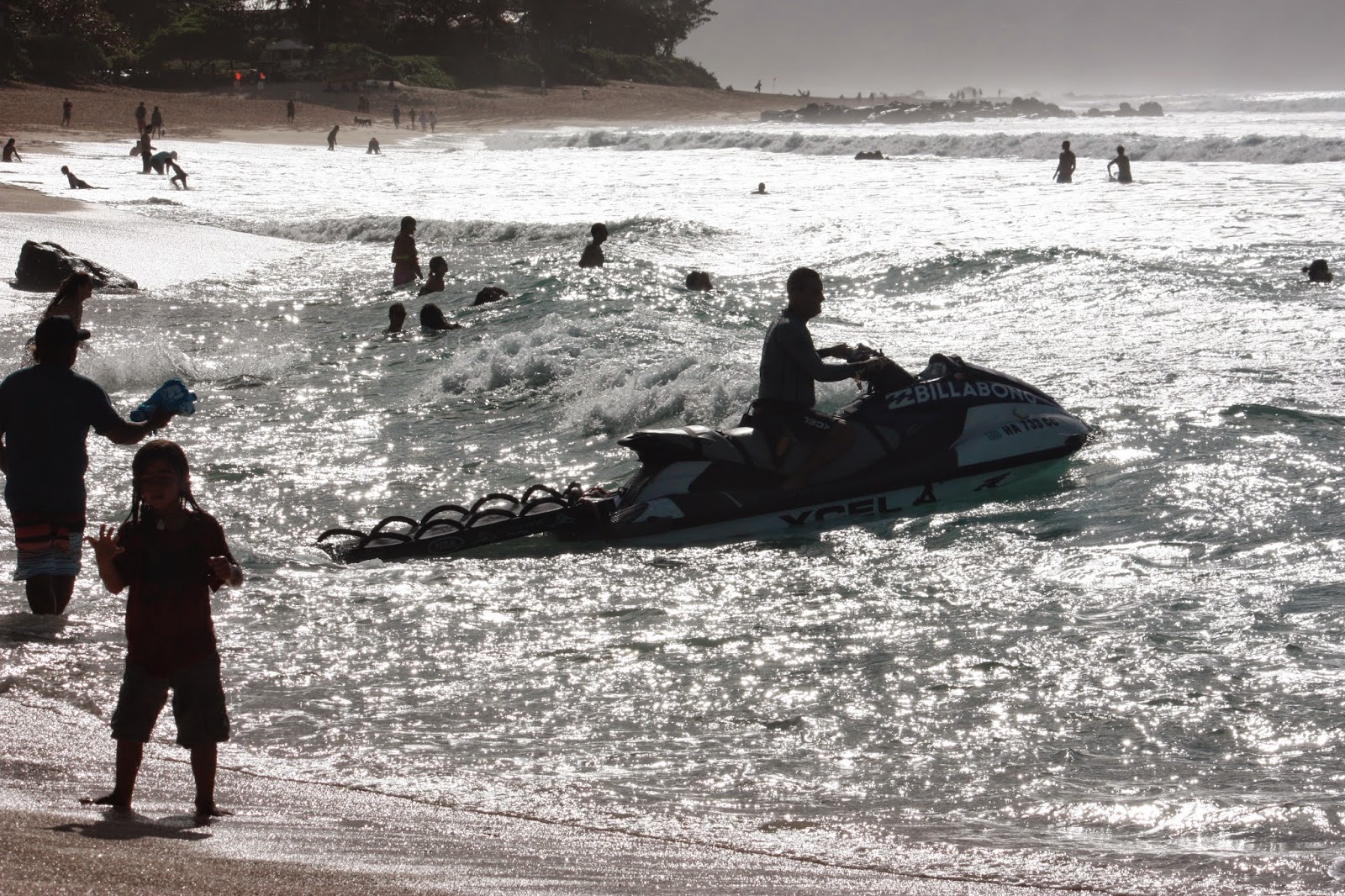 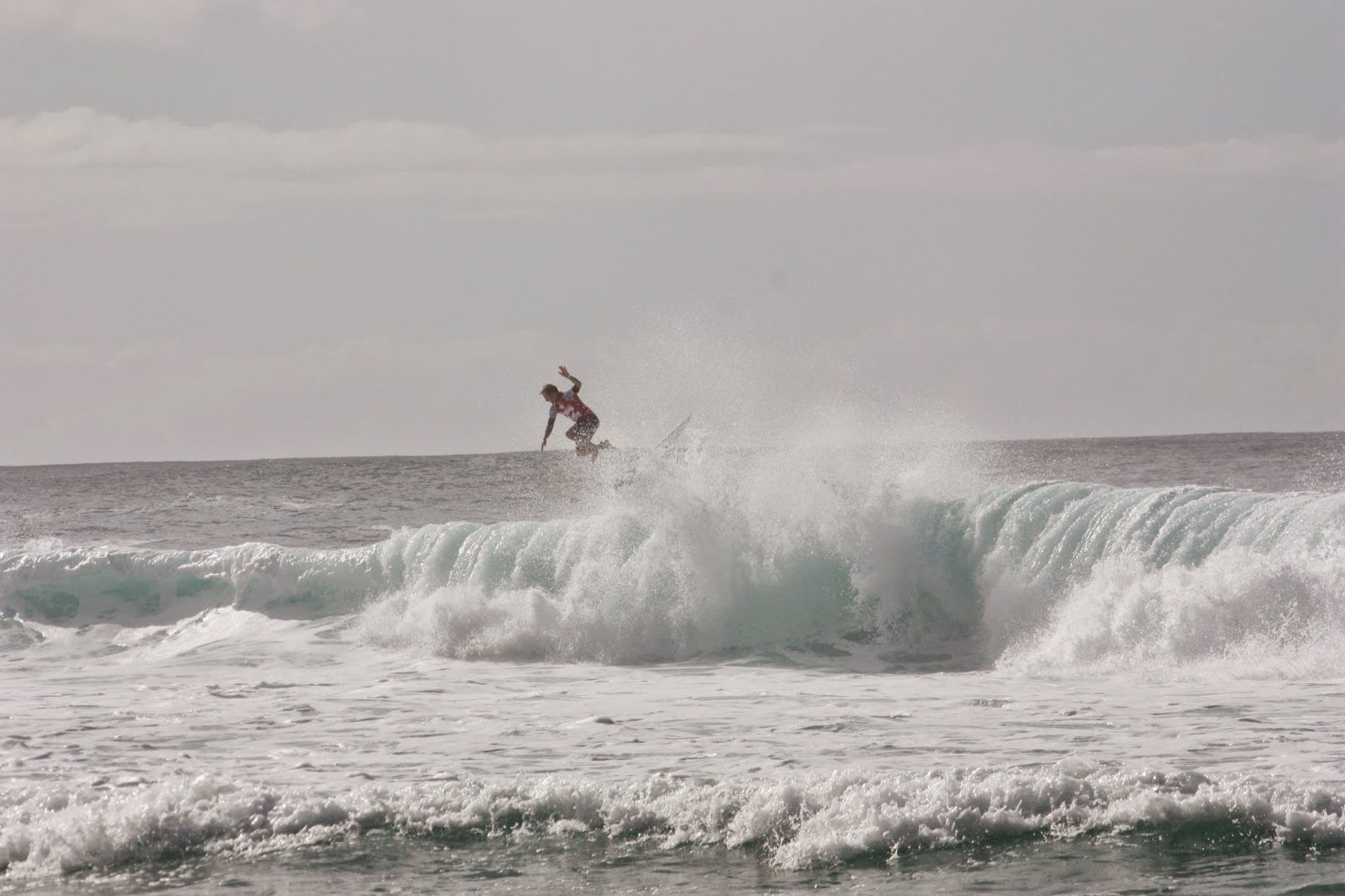 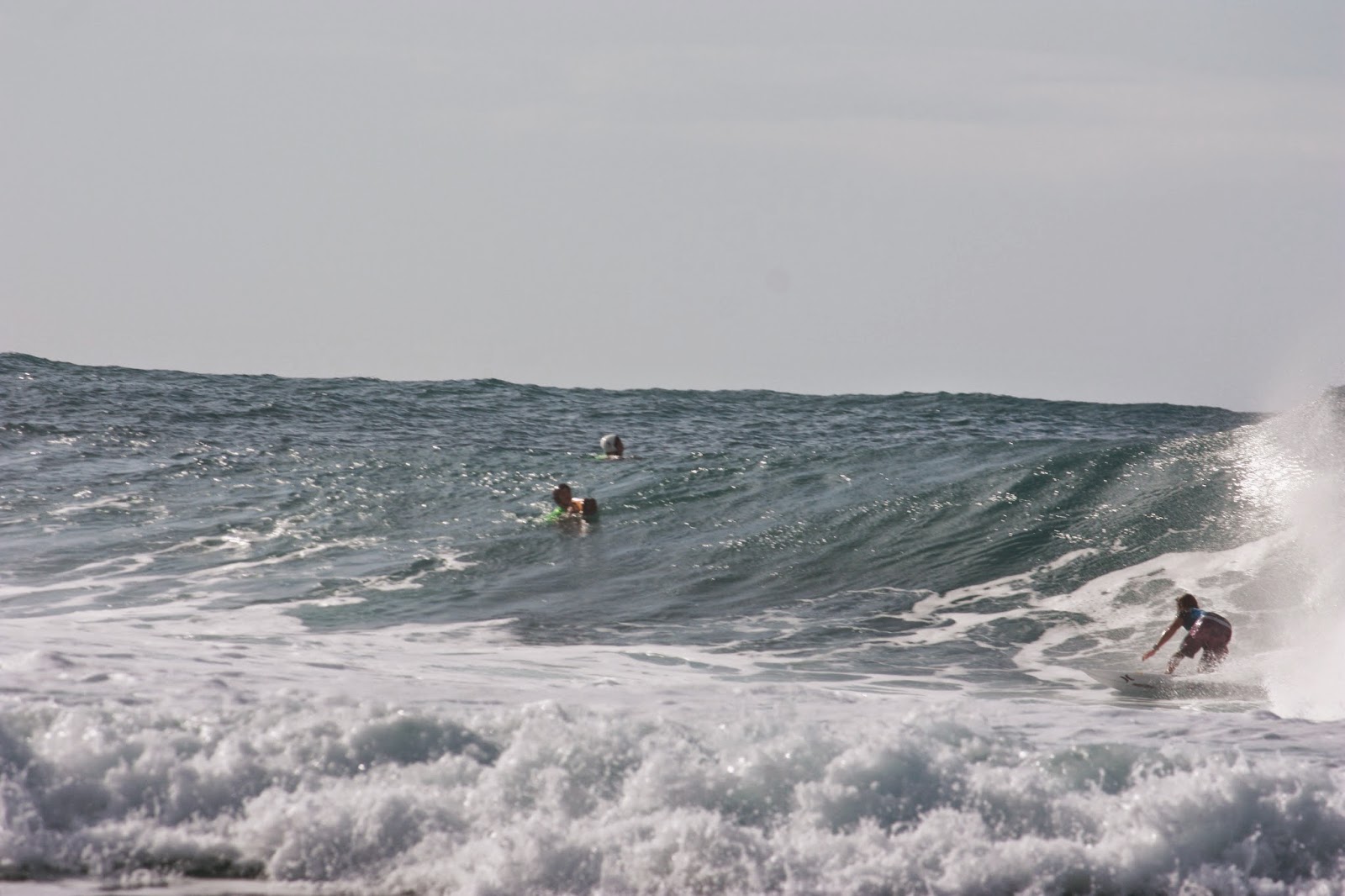 As the surfers come out of the water, they walk right through the crowds on the beach.    They are all laid back and more than happy to pose for a selfie with a fan.    The pet pig was a real hit on the beach too.    I hardly saw any dogs, just a few small ones, they seemd to be mostly off leash. 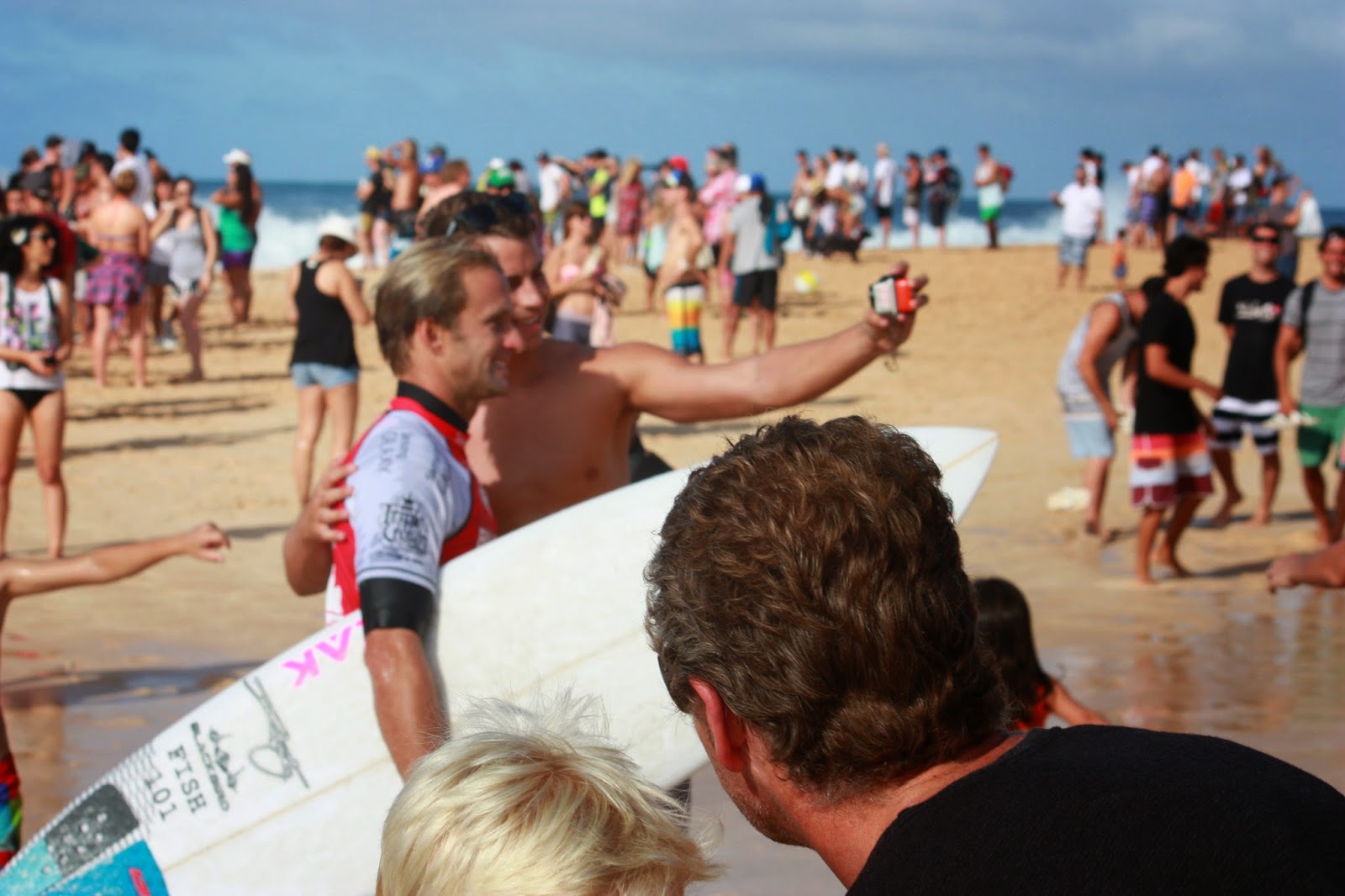 Lots of cameras, phone cameras, drones, tablets.  There is a fair amount of open consumption of beer, and lots of that was bottles which I would shy away from due to chance of glass on the beach, but I saw no broken bottles and when everyone left the beach, it was spotless, not a can or even candy wrapper.    Amazing respect for the Aina.

OK the surfs all over, time for the closing ceremonies.    Check out the guy tipping back a brewski, and does this girl look a little bit happy, LOL 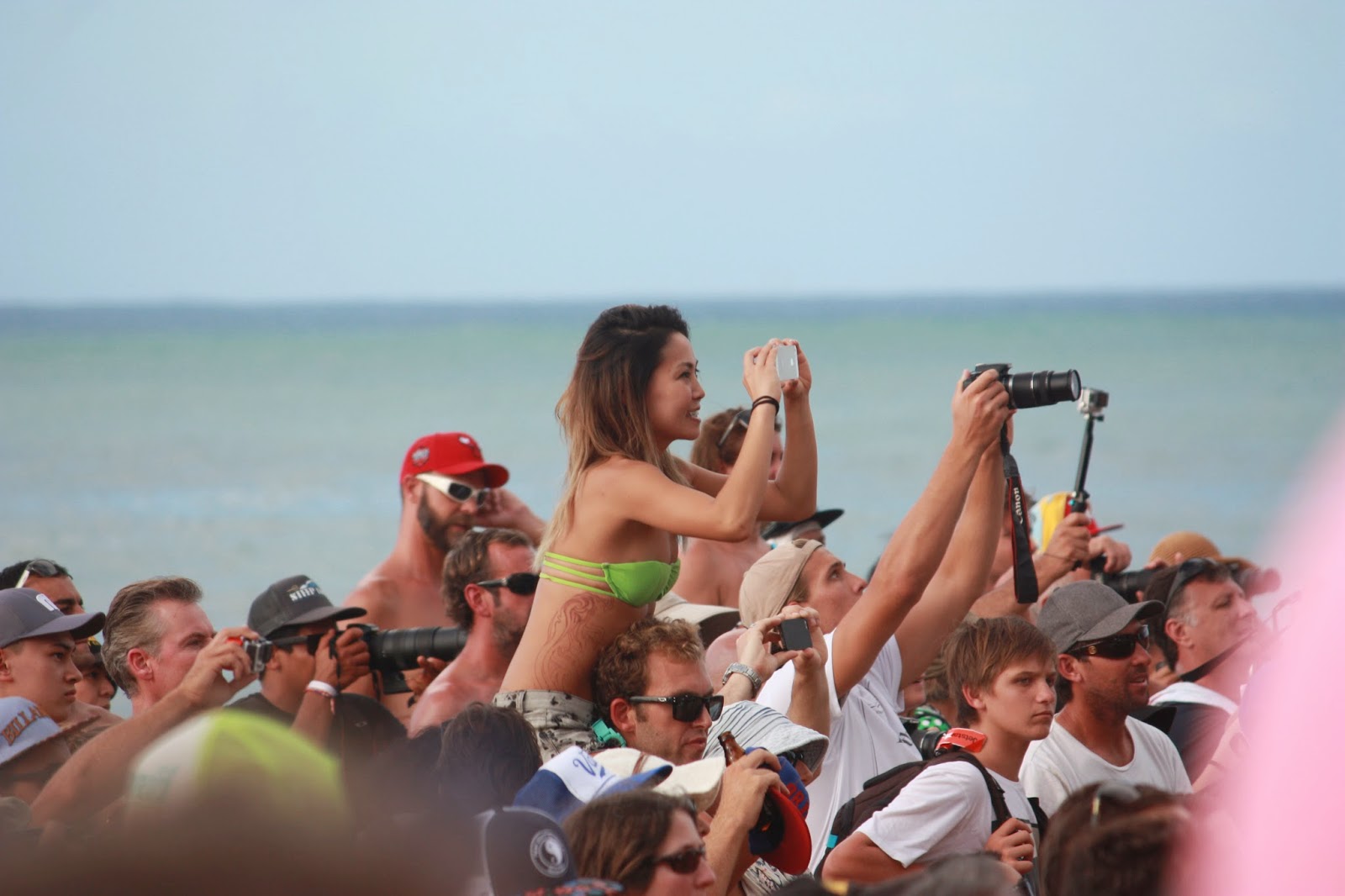 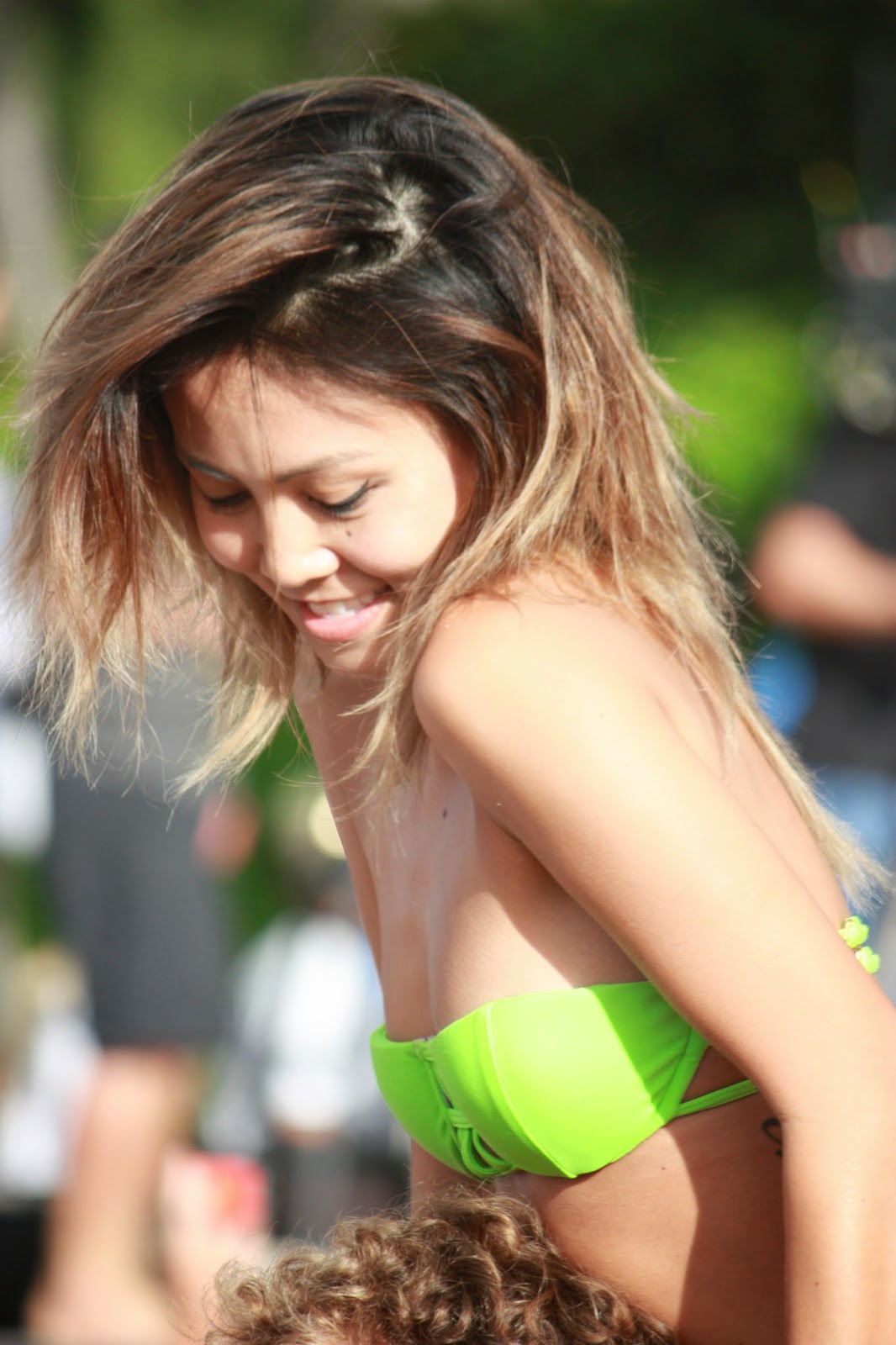 Here is Queenie who will present the awards 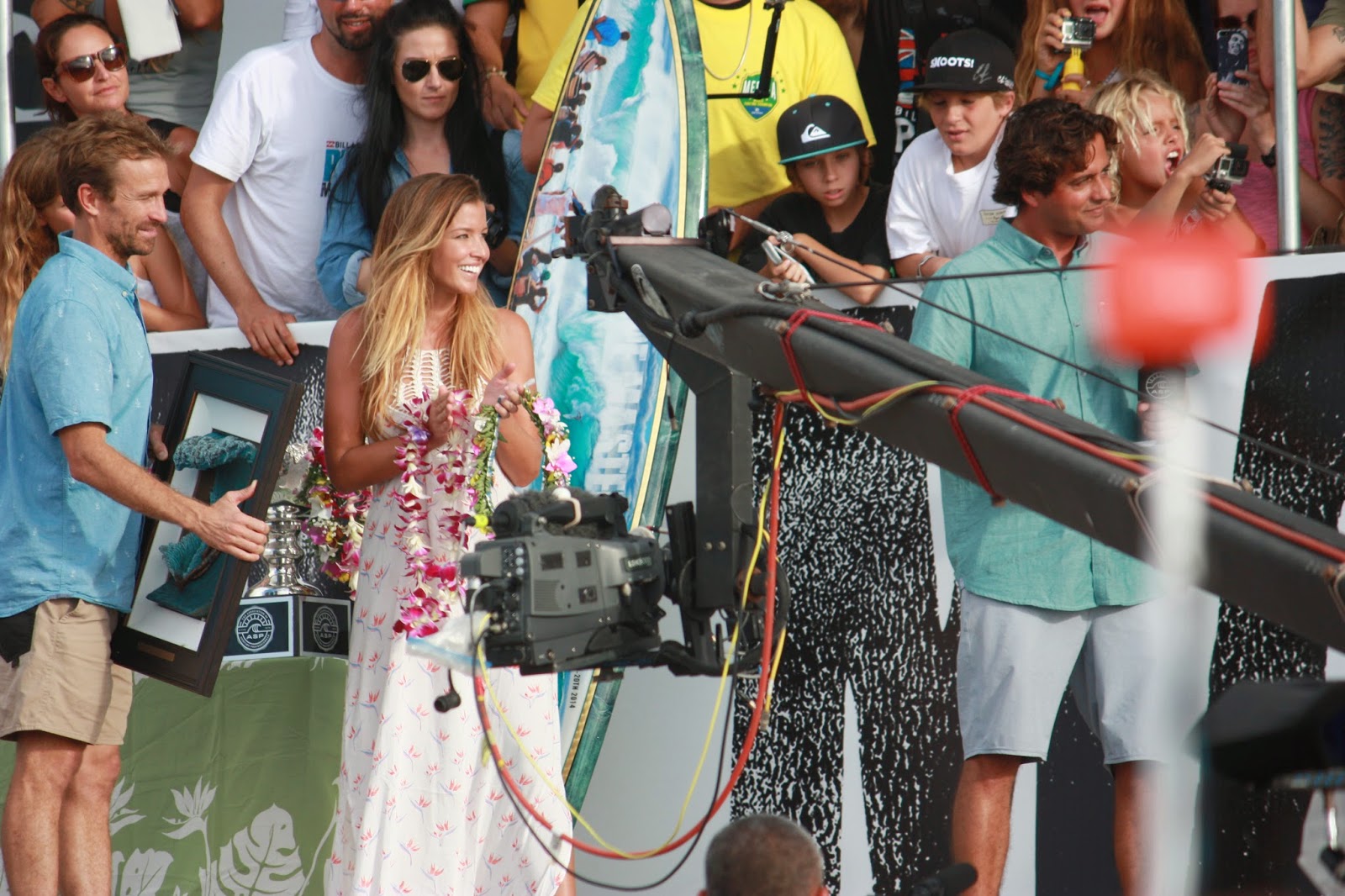 Now the awards, a few leis, a hug from the Pipeline "Queen", and a big trophy. 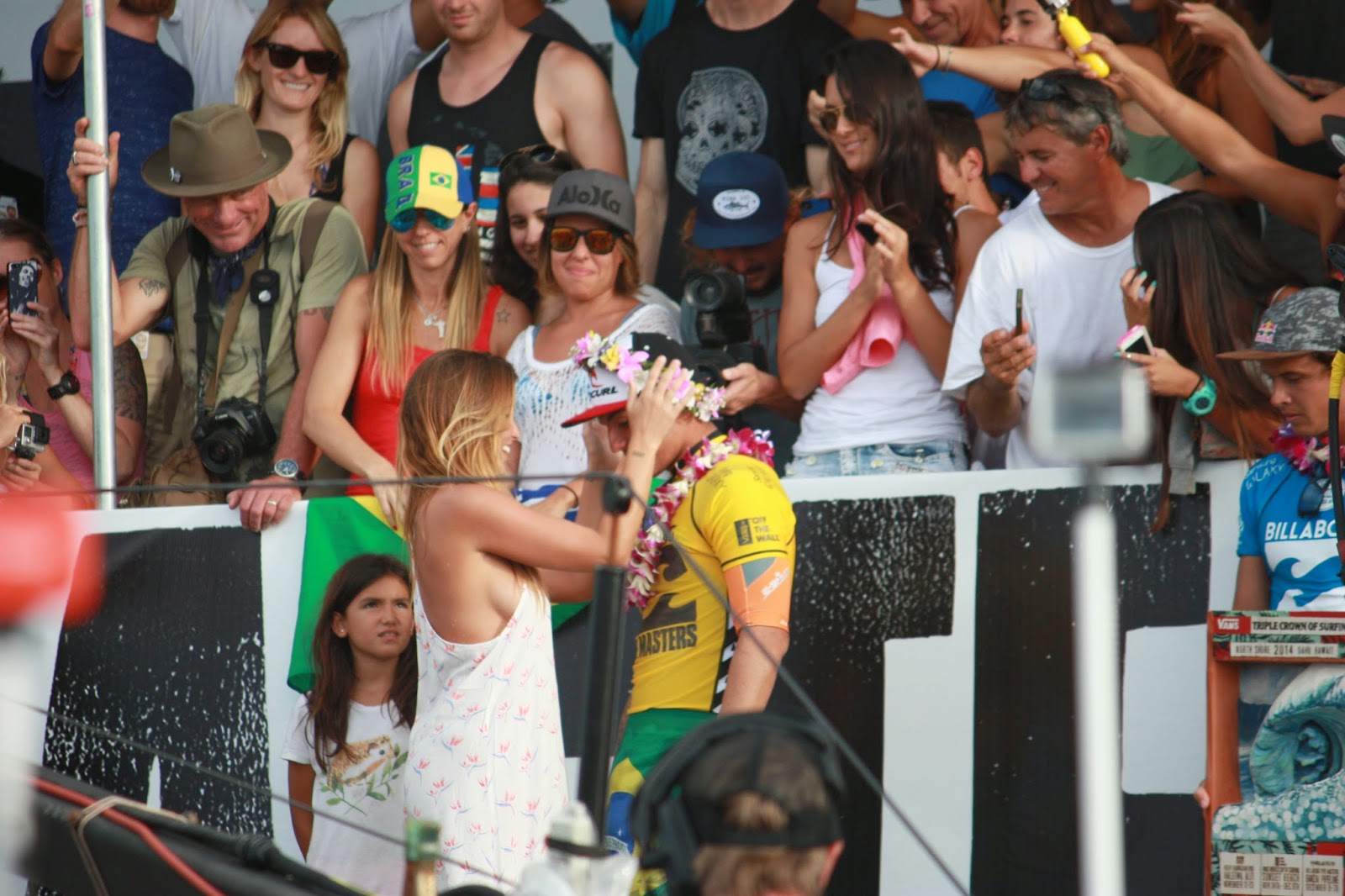 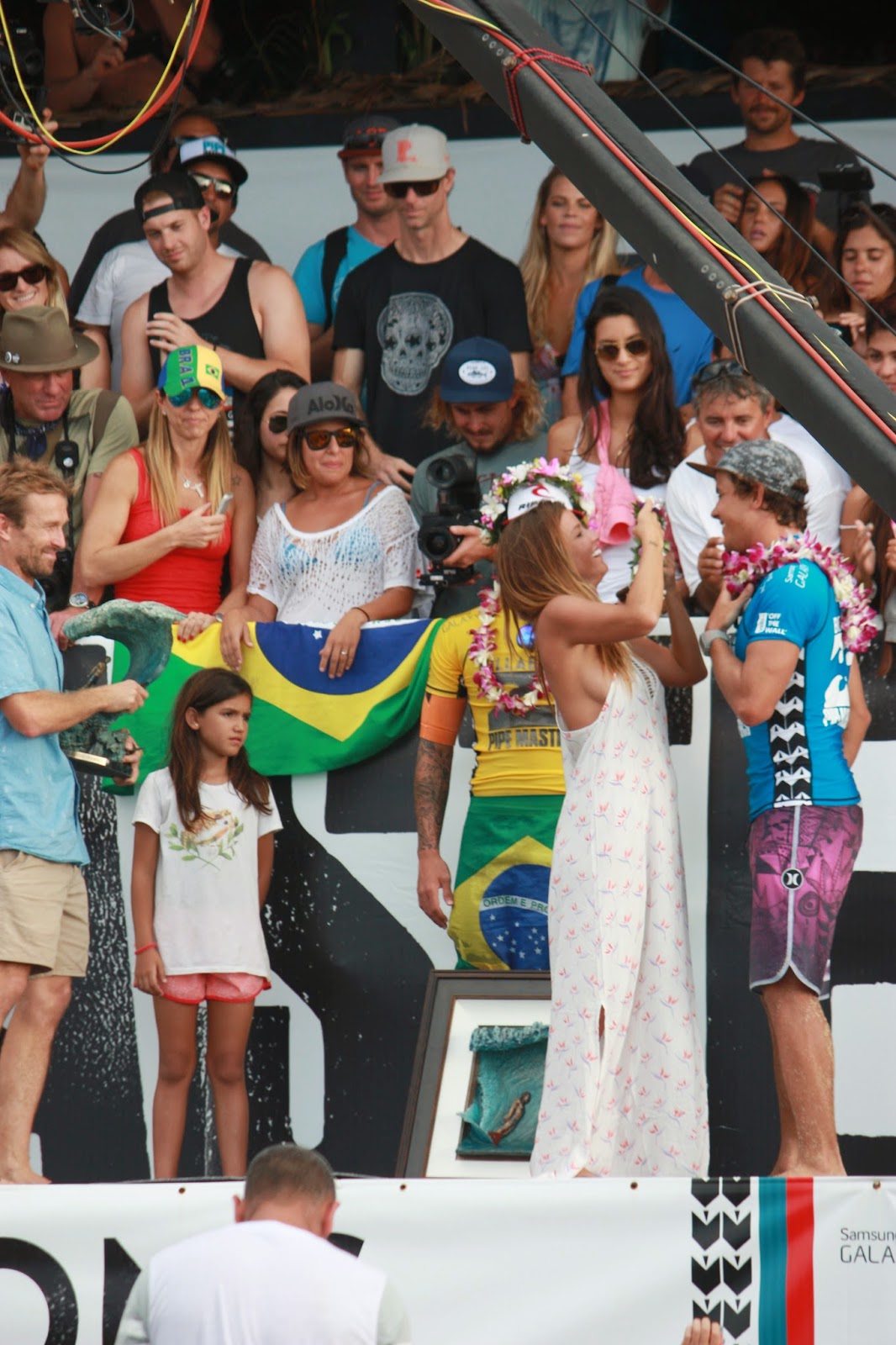 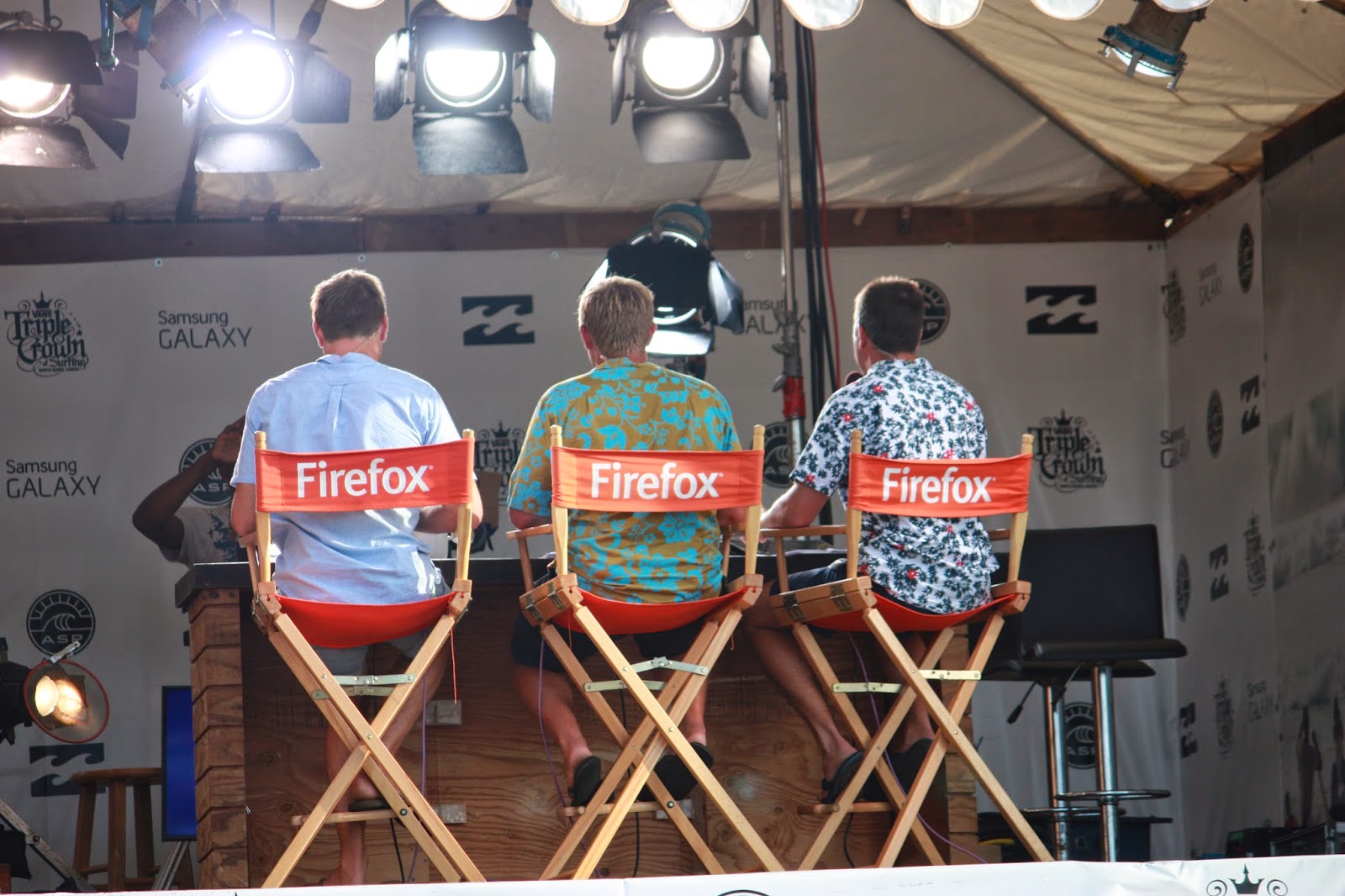 Watch this wave sequence, surfer gets on wave, the pipe develops and completely covers the surfer, which seems like minutes even though it is just seconds, as everyone wonders, will he pop out or was he already crushed inside the tube. 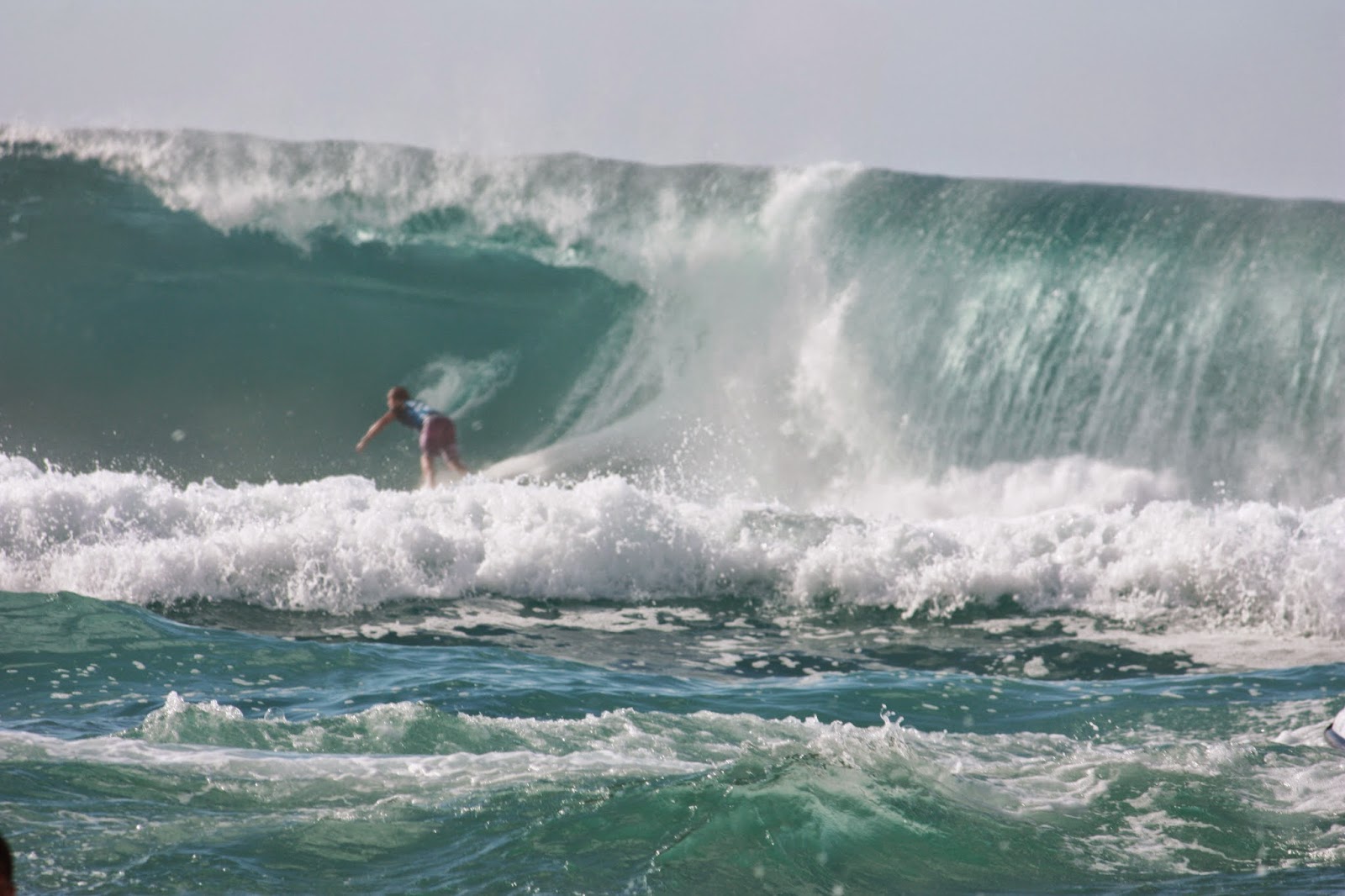 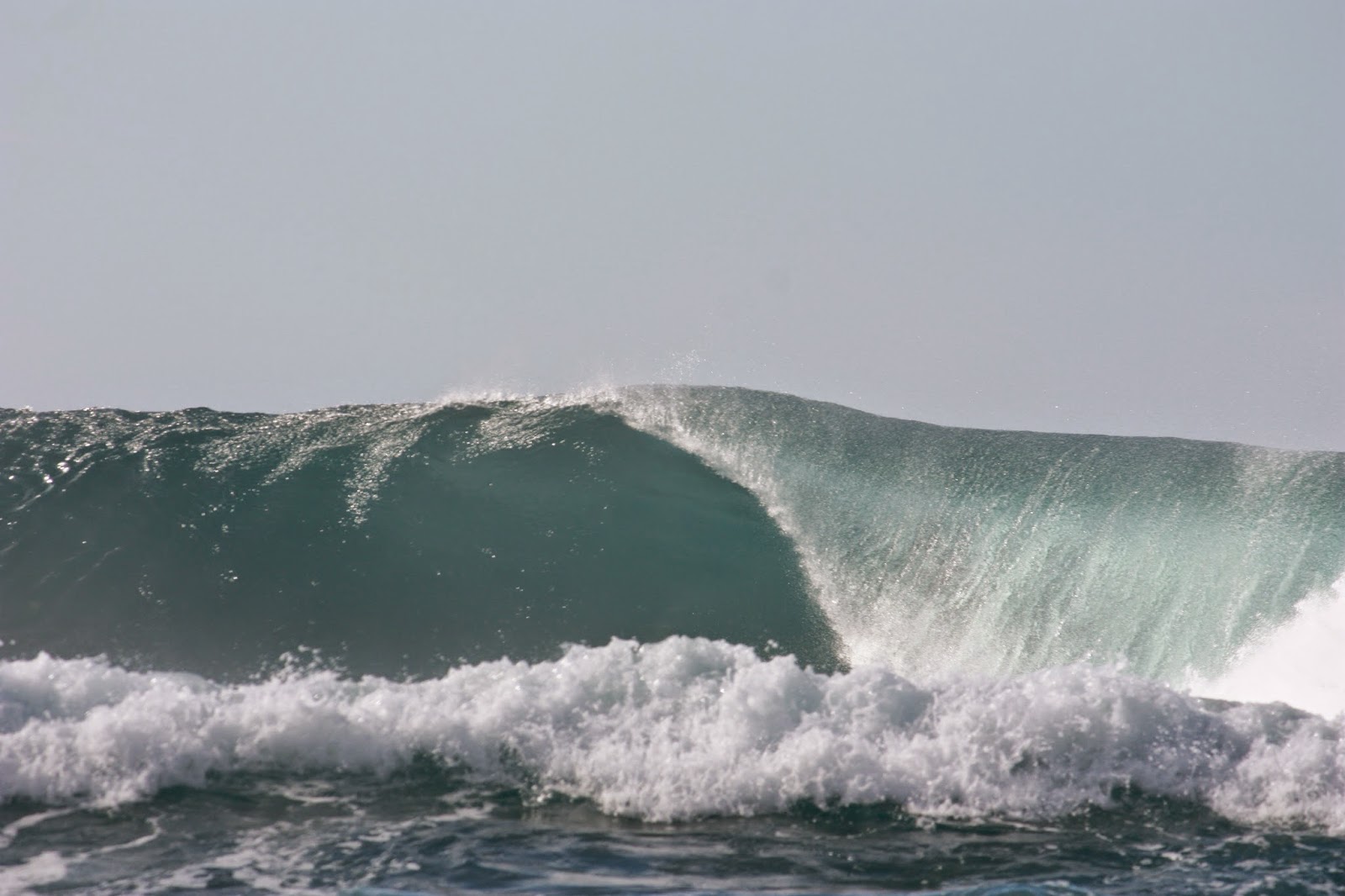 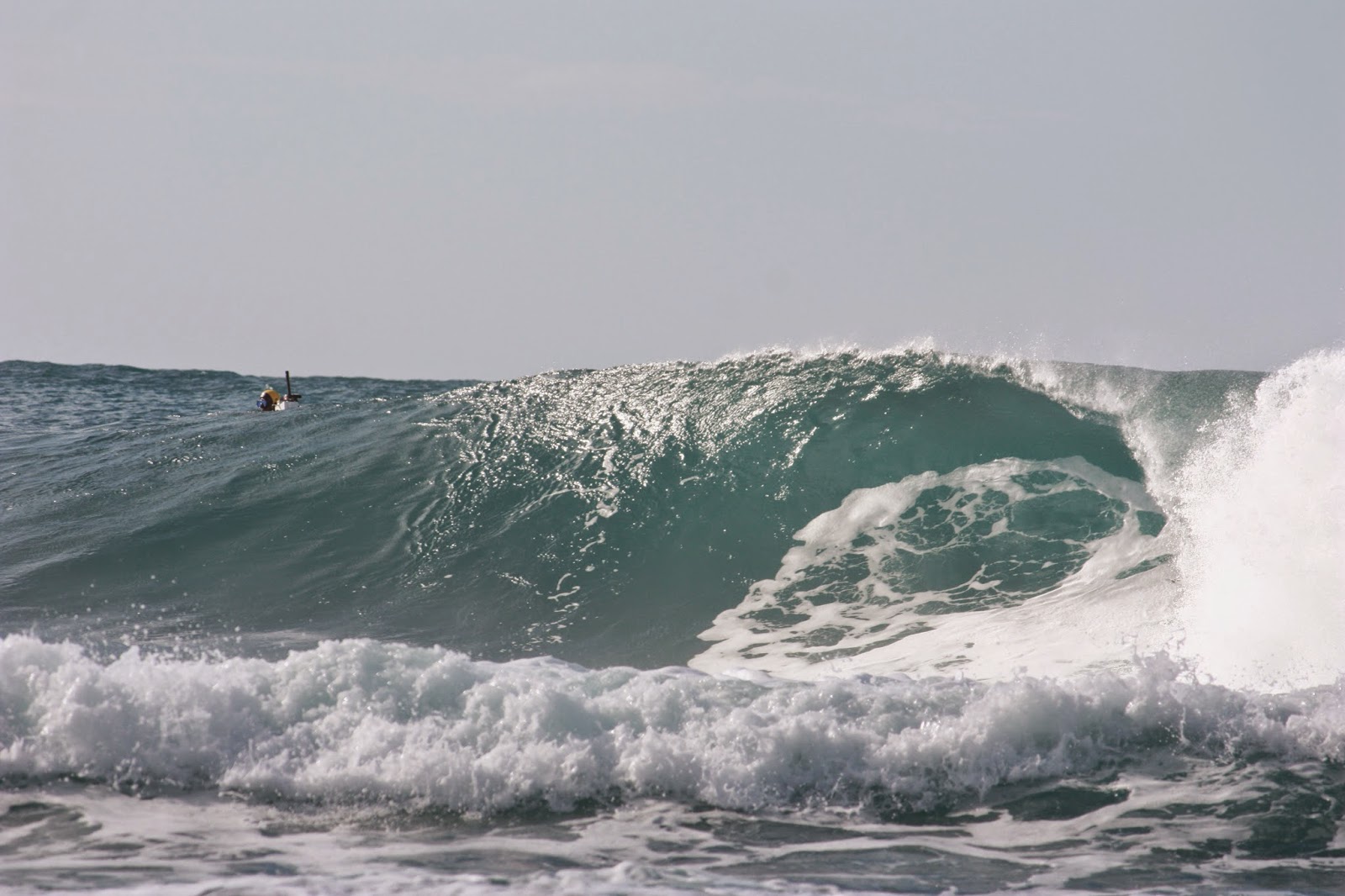 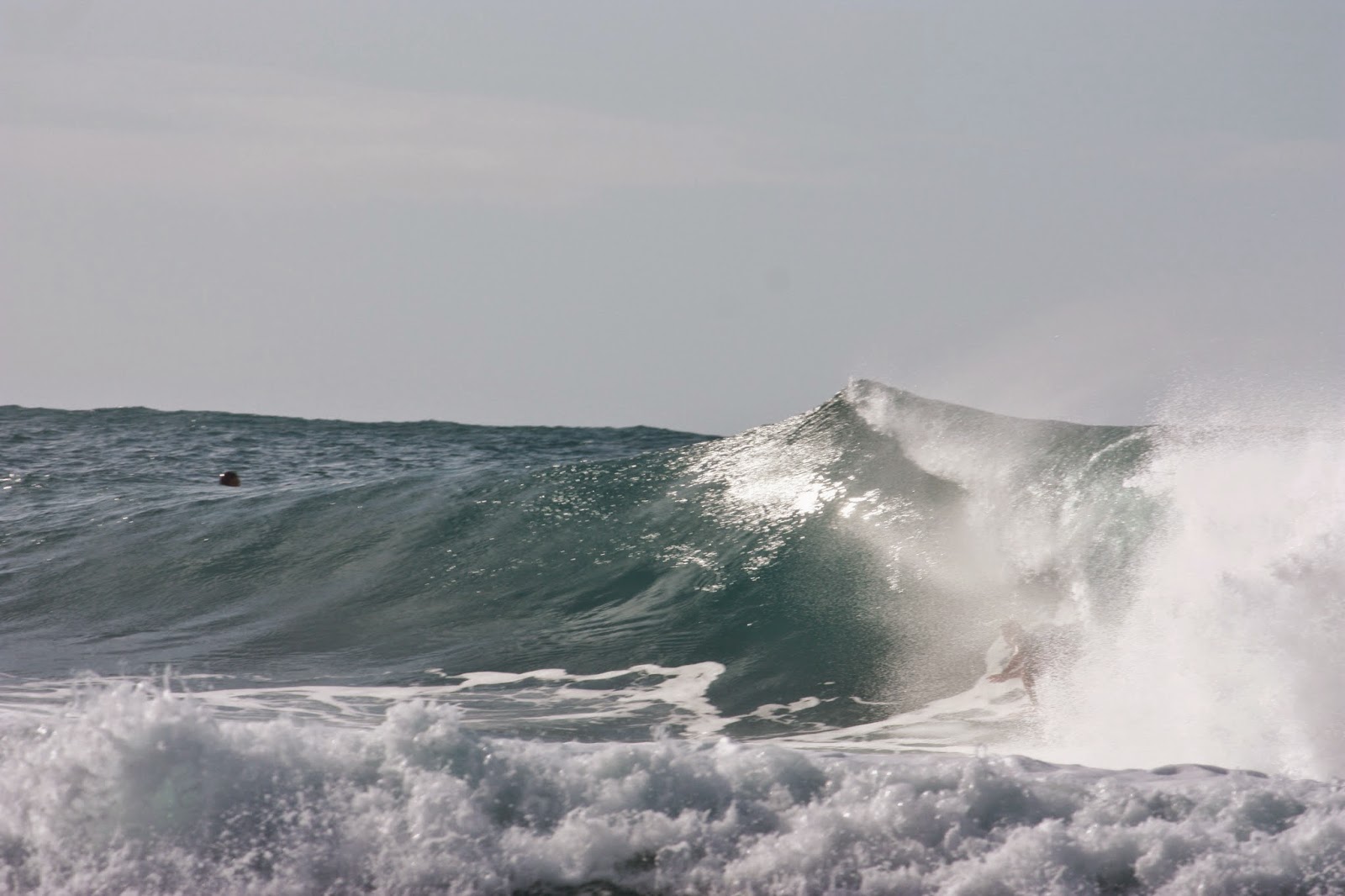 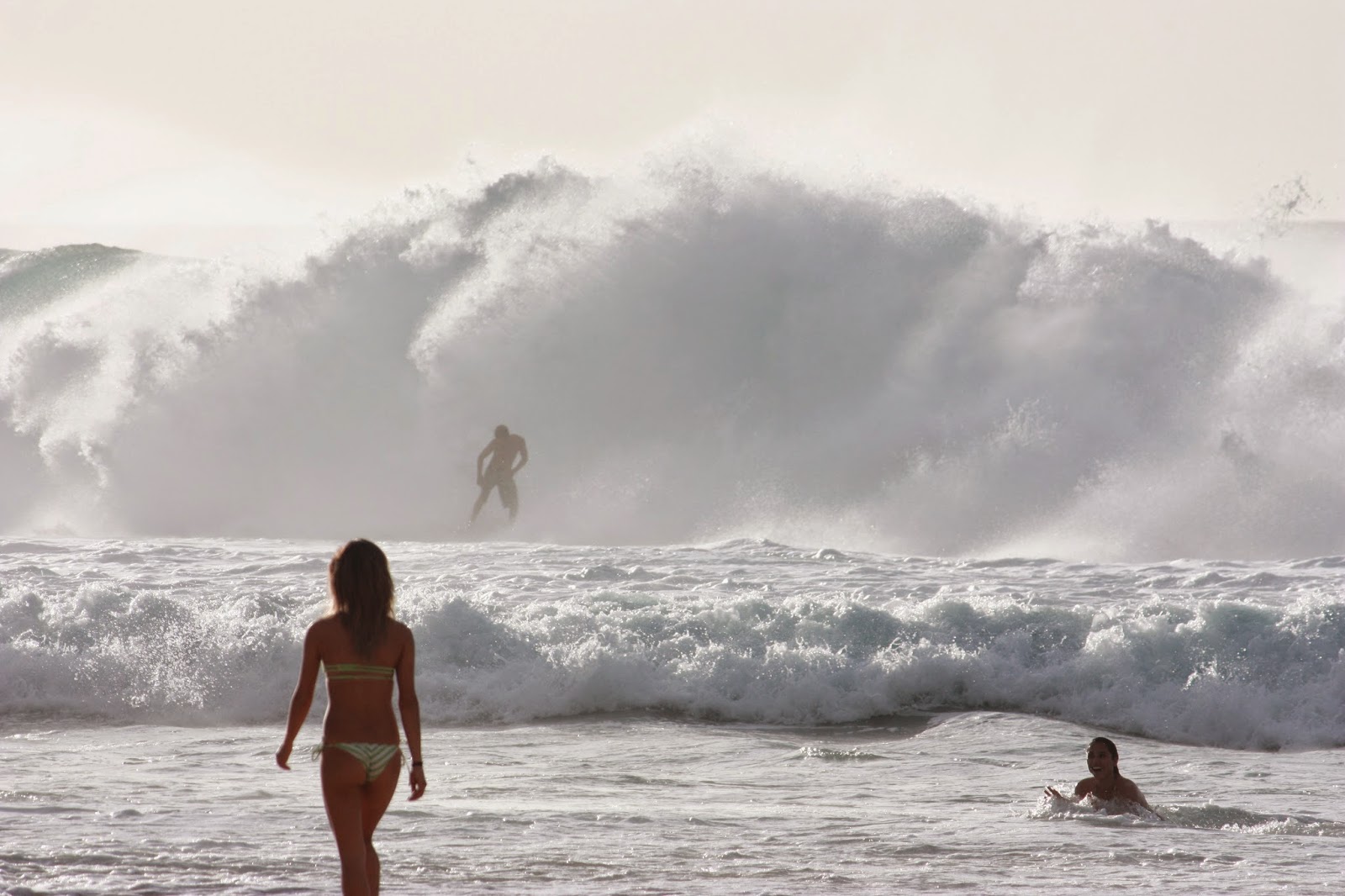