I postulate that many of the ENENEWs readers and visitors to my humble blog already "know" that there was ongoing criticalities at Fukushima.   Cold shut down, my arse.

But in trying to the actual research paper submitted to the National Academy of Science regarding testing in Canada showing a 500% increase in Cesium Radiation in the Ocean water....I ran across this gem, showing without a doubt that there were ongoing criticalities, fission events at Fukushima, after the initial set of accidents. 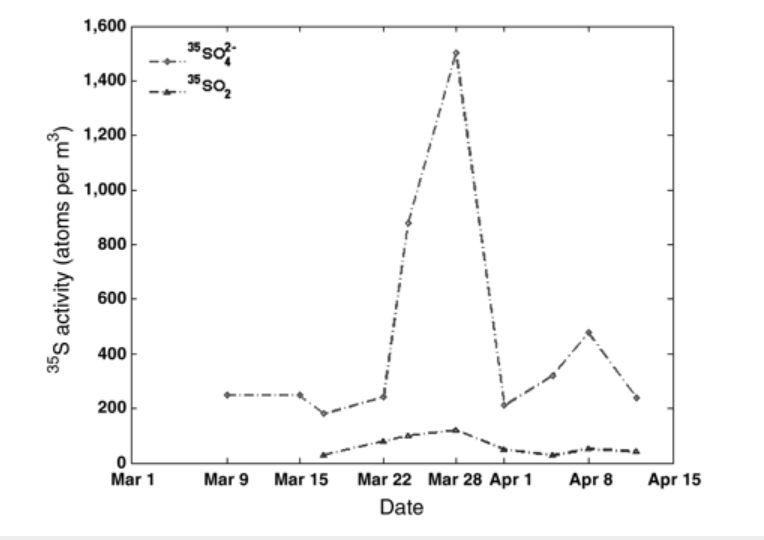 Scientific proof of massive amounts of criticalities at Fukushima AFTER the accident.

A recent earthquake and the subsequent tsunami have extensively damaged the Fukushima nuclear power plant, releasing harmful radiation into the environment. Despite the obvious implication for human health and the surrounding ecology, there are no quantitative estimates of the neutron flux leakage during the weeks following the earthquake. Here, using measurements of radioactive 35S contained in sulfate aerosols and SO2 gas at a coastal site in La Jolla, California, we show that nearly 4 × 1011 neutrons per m2 leaked at the Fukushima nuclear power plant before March 20, 2011. A significantly higher

activity as measured on March 28 is in accord with neutrons escaping the reactor core and being absorbed by the coolant seawater 35Cl to produce 35S by a (n, p) reaction. Once produced, 35S oxidizes to

and was then transported to Southern California due to the presence of strong prevailing westerly winds at this time. Based on a moving box model, we show that the observed activity enhancement in

is compatible with long-range transport of the radiation plume from Fukushima. Our model predicts that


Here is the source