Vermont Yankee is Dead! Long Die the Yankee: Economic Analysis of the Decomm

One of the worst GE Mark 1 reactors is being shut down on Dec 31, 2014. I hope they aren't drinking on New Years Eve.

They like new Years Eve fireworks in Hawaii, but we don't need any Chernobyl sky lights! Funny how they picked that day, probably based on financials, depreciation, and some tax avoidance scheme. Anyhow, good riddance.

Wasserman does a nice article on the shutdown, it took consistent activism to bring it down.

So in Illinois and elsewhere around the U.S., their owners demand that their bought and rented state legislators and regulators force the public to eat their losses. Arguing for “base load power” or other nonsensical corporate constructs, atomic corporations are gouging the public to keep these radioactive jalopies sputtering along.

I like Wasserman's spin on my Soup up the Klunkers (stock TM)
here is his writeup
http://ecowatch.com/2014/12/29/vermont-yankee-shuts-down/

Now we go into the next reality check. The decomissioning.

Entergy plays the card...we want to finish the decomm as soon as possible, not let it drag out until 2070, but it all depends on how the decomm fund grows through investments.

I did some spreadsheets and came up with "they don't have a snow balls chance in hell of ever getting this done."       In some scenarios, the fund growth could outpace inflation enough to catch up.    BUT and this is huge and massive BUT (big enough to break the internet, lol) all this analysis is based upon no major market correction in the next 55 years.

Obviously, if the firm is to be an ongoing firm, then they should have no problem with ponying up extra money right now into the fund, and when future events play out and things looks rosier, then allow them to remove the excess funds.     But we know that is not the game plan of the nuke cartel.   They want to extract the profits, bribe and control the NRC, spin off the weak and closed plants to another entity, and then go bankrupt.         It is a simple playbook.

Here are the charts, let me know any questions. 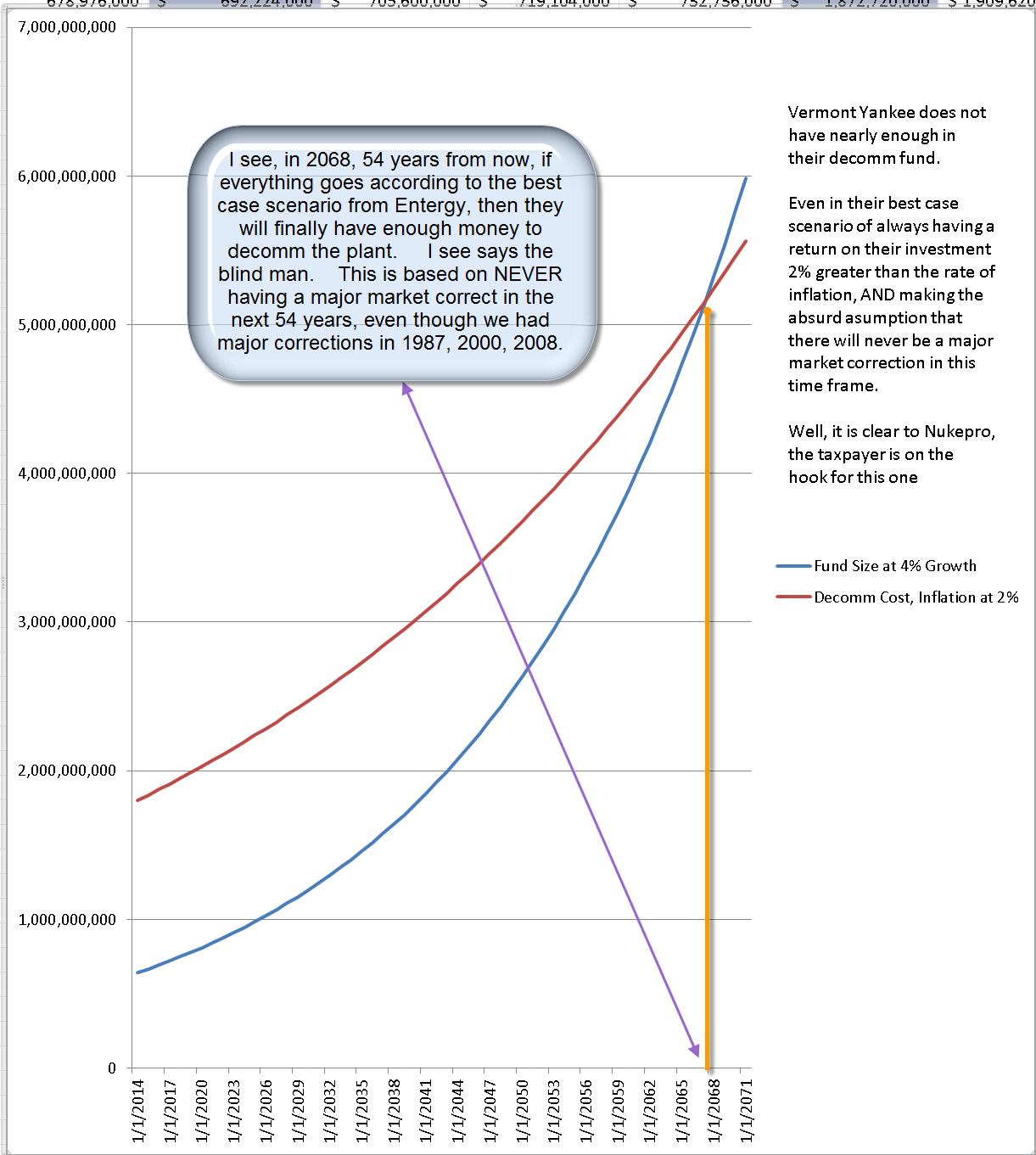 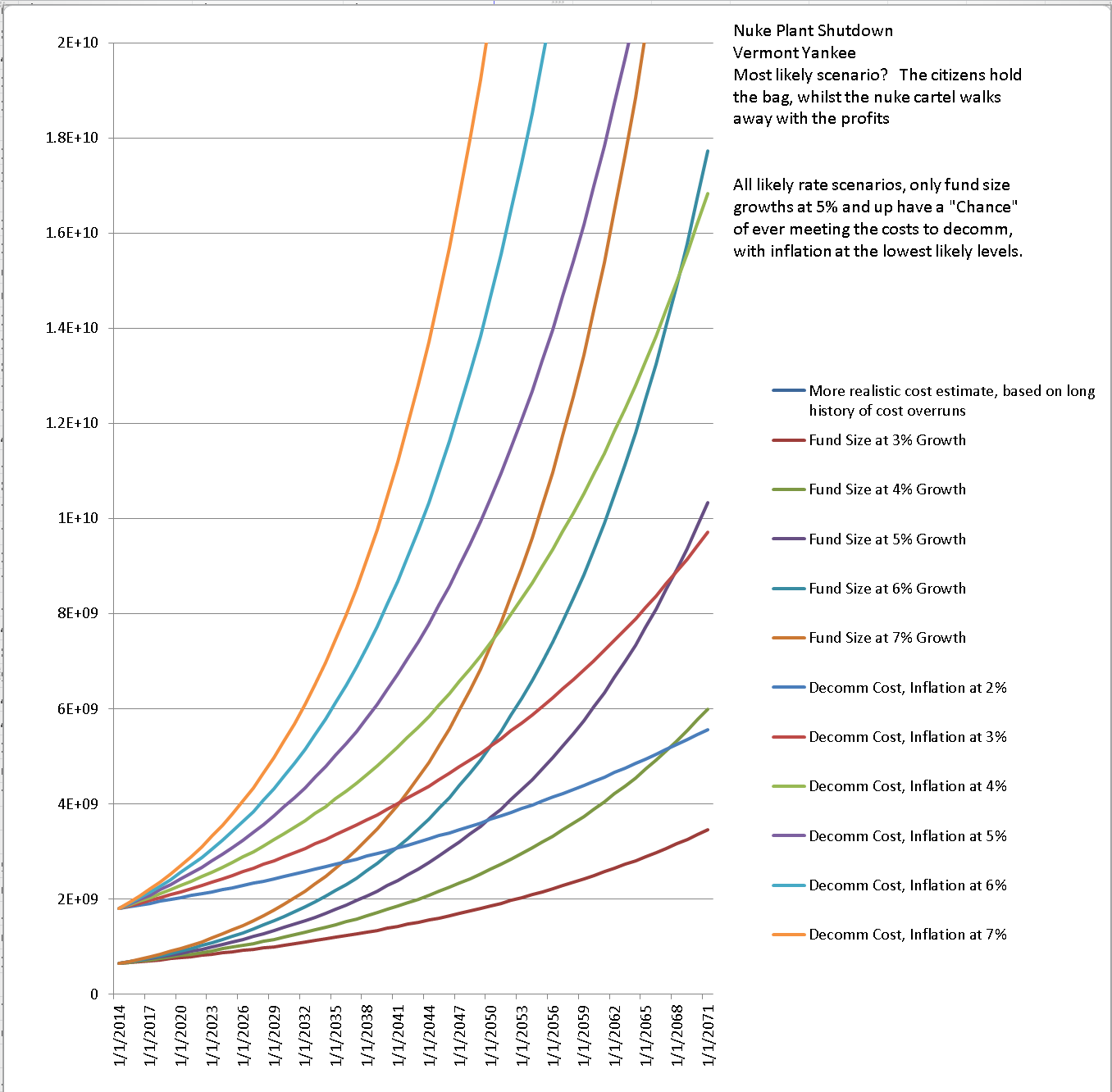