As Fukushima Radiation Destroys the Pacific, Massive Increase in Shark Attacks in Hawaii

As Fukushima Radiation Destroys the Pacific, Massive Increase in Shark Attacks in Hawaii

Nukepro first reported on a massive uptick in shark attacks in 2012 and 2013.
That report is here:

Then we didn't hear anything on main stream media in all of 2014.     Not one single report.

Now that I decided to revisit the issue, the results are startling, the massive amounts of attacks on humans continue.     In fact in one WEEK in 2014 Hawaii had three "non-provoked" shark attacks, and 4 shark attacks in a 2 week period.

What does that mean "non provoked".     Well it means just a totally random attack.

On Maui Information Guide they are quick to point out
http://www.mauiinformationguide.com/sharks-in-maui.php


All in all, you're more likely to die from a dog attack or a falling coconut than a shark attack.

Uh yeah, I think I am pretty competent about staying out from under laden coconut trees, and pretty good at assessing the danger of particular dogs.     But god forbid you want to swim in the ocean or fish from a kayak......

In November 2014 there were 4 shark attacks in Hawaii in 2 weeks.    I am losing my thrill for SCUBA diving, although somehow sharks rarely attack SCUBA peoples, I think the bubbles scare them somehow.

And in Florida a 13 foot shark stalked two kayaker for miles, bumping their boats.   Here is a video


Local Maui girl suggests that radiation is the cause:


Like many longtime residents and fishermen here, Alesna offers myriad theories for the rise in shark attacks. She questions whether the tsunami in Japan increased the level of radiation in the water, driving sharks closer to shore. (State officials say radiation levels are normal.)

Maui Mayor denies that the Shark Tracking program could identify if a particular shark caused an attack.      hmmmmmm
http://mauinow.com/2014/10/27/ask-the-mayor-recent-maui-shark-encounters-and-shark-tracking/

Here is a shark tracking service, will this make people more comfortable?
http://oos.soest.hawaii.edu/pacioos/projects/sharks/ 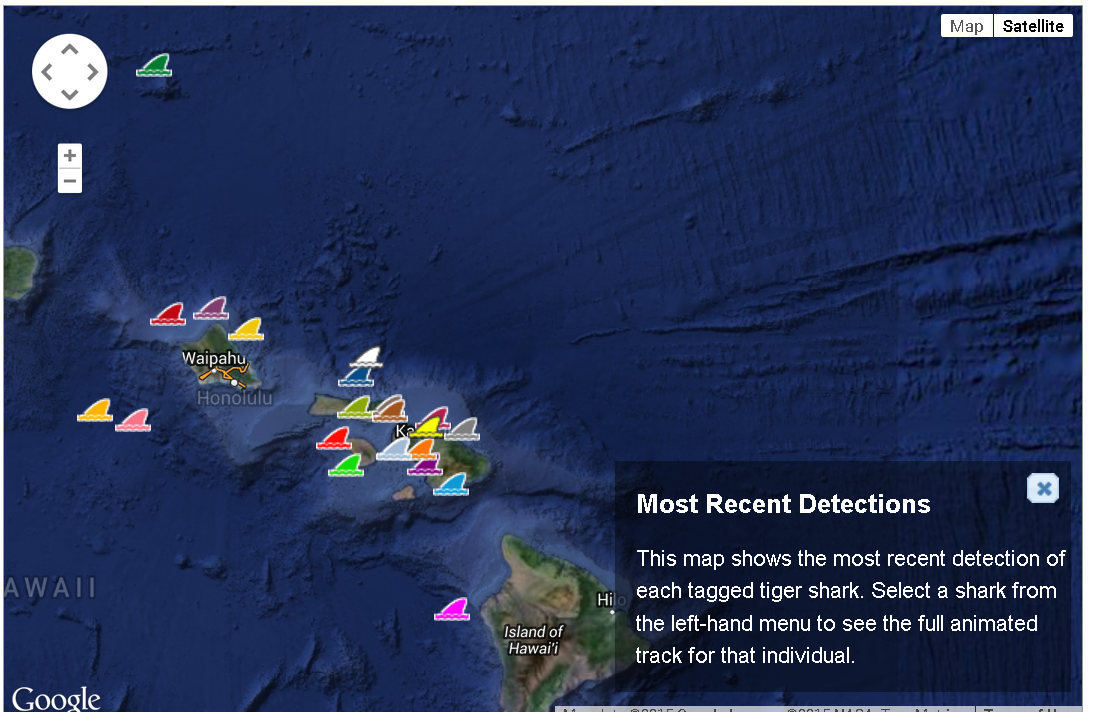 ITS THE RADIATION DUH!   And the decimation of the food chain.

Sharks are becoming more aggressive.    Are they pissed or just hungry?    Or crazy from radiation?