CO2 has almost no effect on Global Temperatures, It is a minor factor

Carbon dioxide change has no significant influence
The influence that CO2 has on AGT can be calculated by including ‘C’ in Equation (1) of Reference 2 as a coefficient to be determined. The tiny increase in R2 demonstrates that consideration of change to the CO2 level has no significant influence on AGT. The coefficients and resulting R2 are given in Table 1.
Table 1: A, B, C, D, refer to coefficients in Equation 1 in Reference 2


For those with inquiring minds.... The real answer to Global Temperatures is:

The whole article is here:

If we ignore CO2, temperatures can be well predicted by sunspots alone. 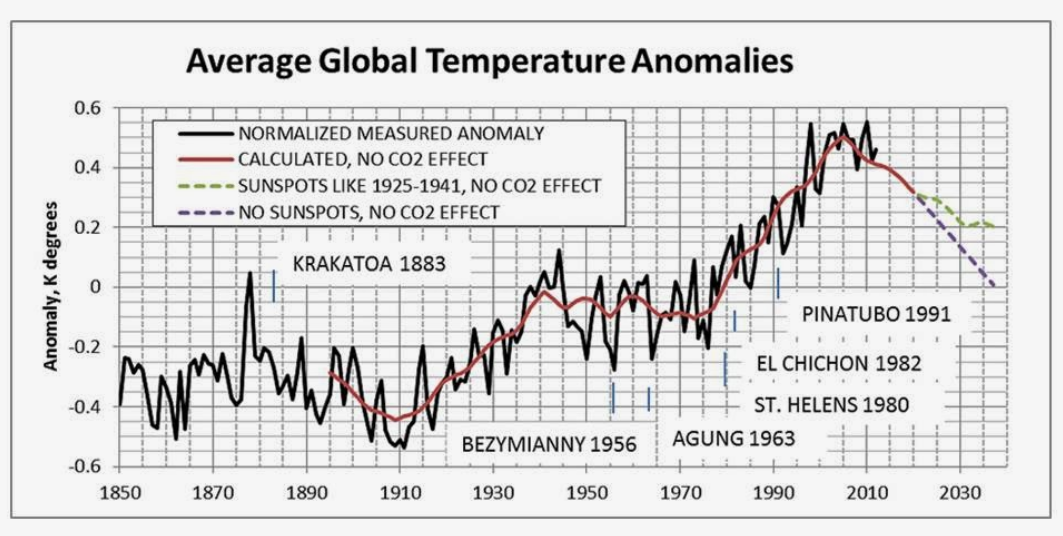