Fukushima Reactor 4, MOX in the Equipment Pool Melted Out, Heat Signature of the Blob

I found a thermal image photo on the old "nukepimp" website when Anne pointed it out.

Could the new MOX fuel, stored in the equipment pool or just plain on the 4th floor slab  have melted down, rolled over to the equipment shaft, fell down, and then melted out the side wall?

The reason GE was on site, was that at the time of the accident, they were actively changing out the "Shroud" which is an inner lining on the reactor, that help protect the reactor steel from neutron and other radiation damage.      With MOX there is a lot more neutrons flying around.    Neutrons will activate other materials that don't normally become part of a radiation family tree.

The reason that there was a 10Sv source on a steel tower between reactor 3 and 4 is because of an open air fission criticality that "activated" the tower.

So at Unit 4 Fukushima, GE was changing the shroud and they had the equipment pool chock full of MOX fuel assemblies, or maybe it was just sitting to the right by the access hoist up point, until they have been fissioned they dont really need to stay in water.     This is the fire that the NRC FOIA documents talk about.    A fire, a melting, an open air criticality

Immediately below might be Reactor 2, I can't do Kanji so not sure, but see the following picture too. 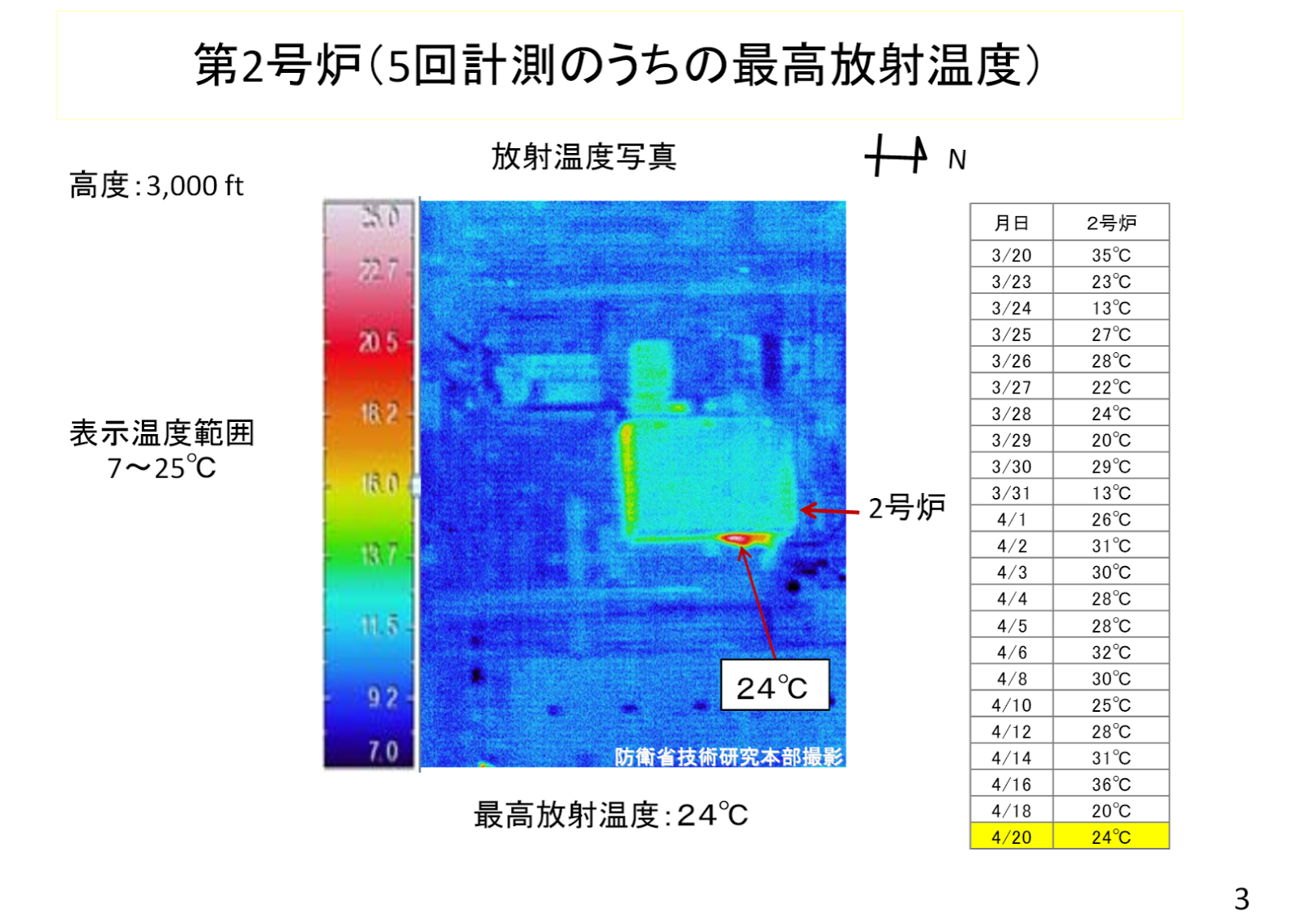 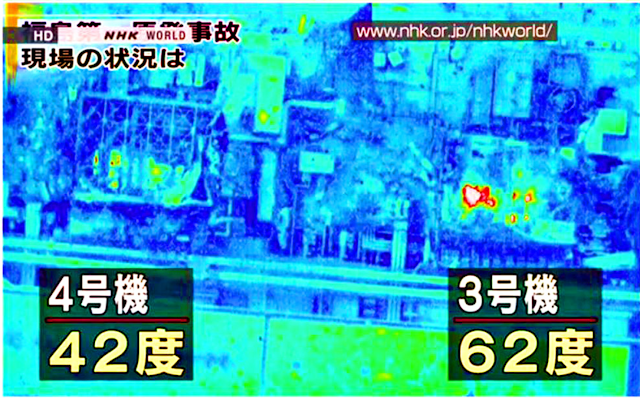 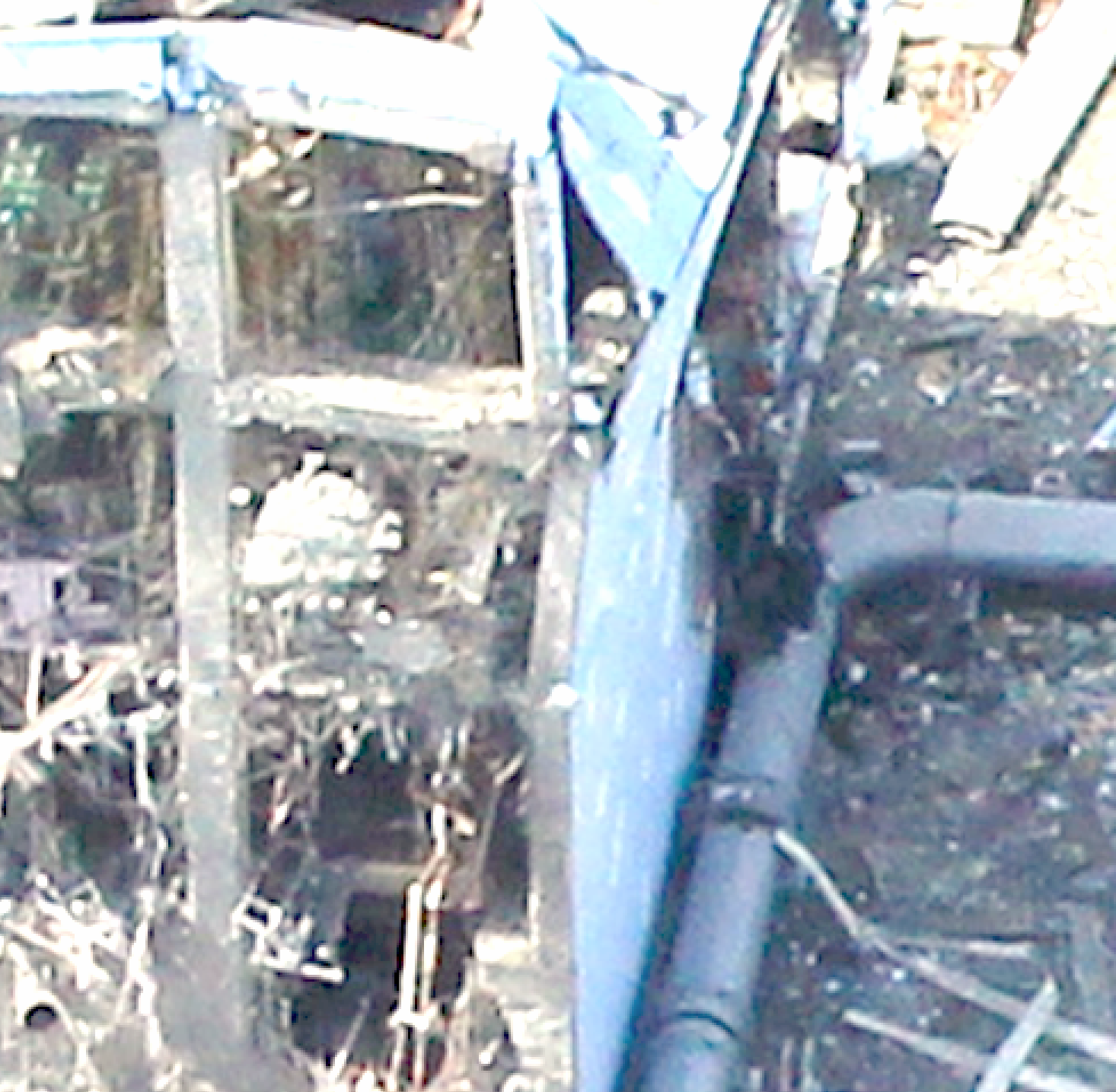