New Play Book from the Radiation Cartel and Shark with Feet

Here is the new Game Plan from the Radiation Cartel

1) Pretend that Cancers are just for the most part, random Bad Luck

3) Nuclear is the only thing that can save humanity from (take your pick or ala carte) Global Warming, CO2, Acidification of the Ocean, Polar Ice


No joke, they are rolling out all these strategies.    It is a crime against Humanity.


he wrote on the British Medical Journal’s blog that “death from cancer is the best” because it isn’t sudden. He argued that cancer victims who die of the disease have time to say goodbye to their loved ones, check off bucket list items, and get their affairs in order.
Any pain from cancer would be relieved by “love, morphine and whisky,” he said, and he called for scientists to cease spending billions of dollars to find a cure. He is the former editor of the journal.
According to a new study by the American Cancer Society, cancer is projected to kill nearly 590,000 people in the United States in 2015.
Cancer sufferers and their loved ones sounded off to news.com.au and rebutted Smith’s remarks.

3) Is this like a circular reference to link to my own blog? LOL


Wait -- pro-nuclear environmentalists? Isn't that an oxymoron? Apparently, not so much anymore.
Embracing nuclear is the only way, the scientists believe, to reverse the looming threat of climate change which they blame on fossil fuels. Depending who you ask, they're either abandoning -- or leading -- traditional environmentalists who for a half-century have rejected clean-burning nuclear power as too expensive or too dangerous.

They are all either: non-existant, overblown, or not caused by human actions.     I am not a big fan of pollution overall, but we need to spend our efforts on things that make a difference.    Instead the lies are a great disservice.

Exelon is also blackmailing the people of Illinois, pay us more, or we black you out.


And proving that not all mutations are good.    Now we are really screwed, the denizens of the ocean are sick and tired of all our pollution and sharks are now growing feet.   Not good. 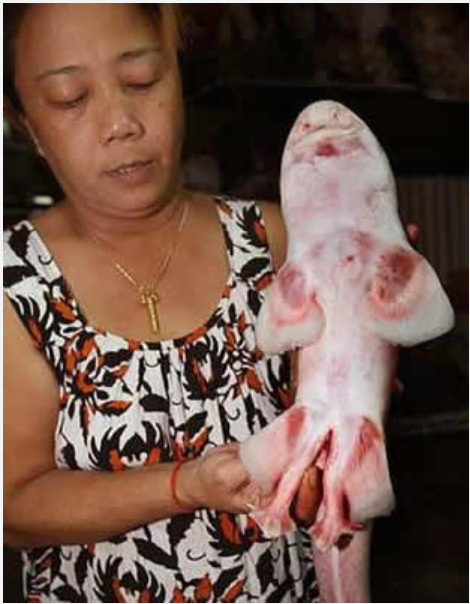