Polar Ice Caps -- What is the Real Truth, or is this part of Climate Gate Also?

The Ice Caps deserve some research.

The Nuke Promoters use Global Warming, CO2 Warming and Acidification of the Ocean, and Melting of the Ice Caps, to promote nuclear radiation plants as the only way to Save the Earth.

My research shows that A LOT of what is written about the polar ice is Complete Bullshite, aka the Global Warming Narrative.    It's story, a narrative, designed to help the powers that be consolidate power and transfer wealth to themselves and their cronies.    Lets dive in, but first, make sure it's not ice, LOL.     I did a funny picture post on the Polar Bear Plunge in Wisconsin on New Years Day, if you need to see girls in bikini's swimming in ice water, here is the place:
http://nukeprofessional.blogspot.com/2015/01/polar-vortek-plunge-proof-that-global.html

This site has some great discussion on Global Cooling, and charts to prove it. This chart is updated often by the "National Snow and Ice Data Center"  shows that there is a lot more ice this year than 2 years ago.     And the shaded area, the so called 2 Sigma band (2 standard deviations from average) is a useful band to put things into context.    Many natural processes can use a 2 sigma band to signal when a "real change" has occurred, as opposed to just normal variations.    Now the 2 Sigma is not perfect for every 'system', some systems have larger natural variation. 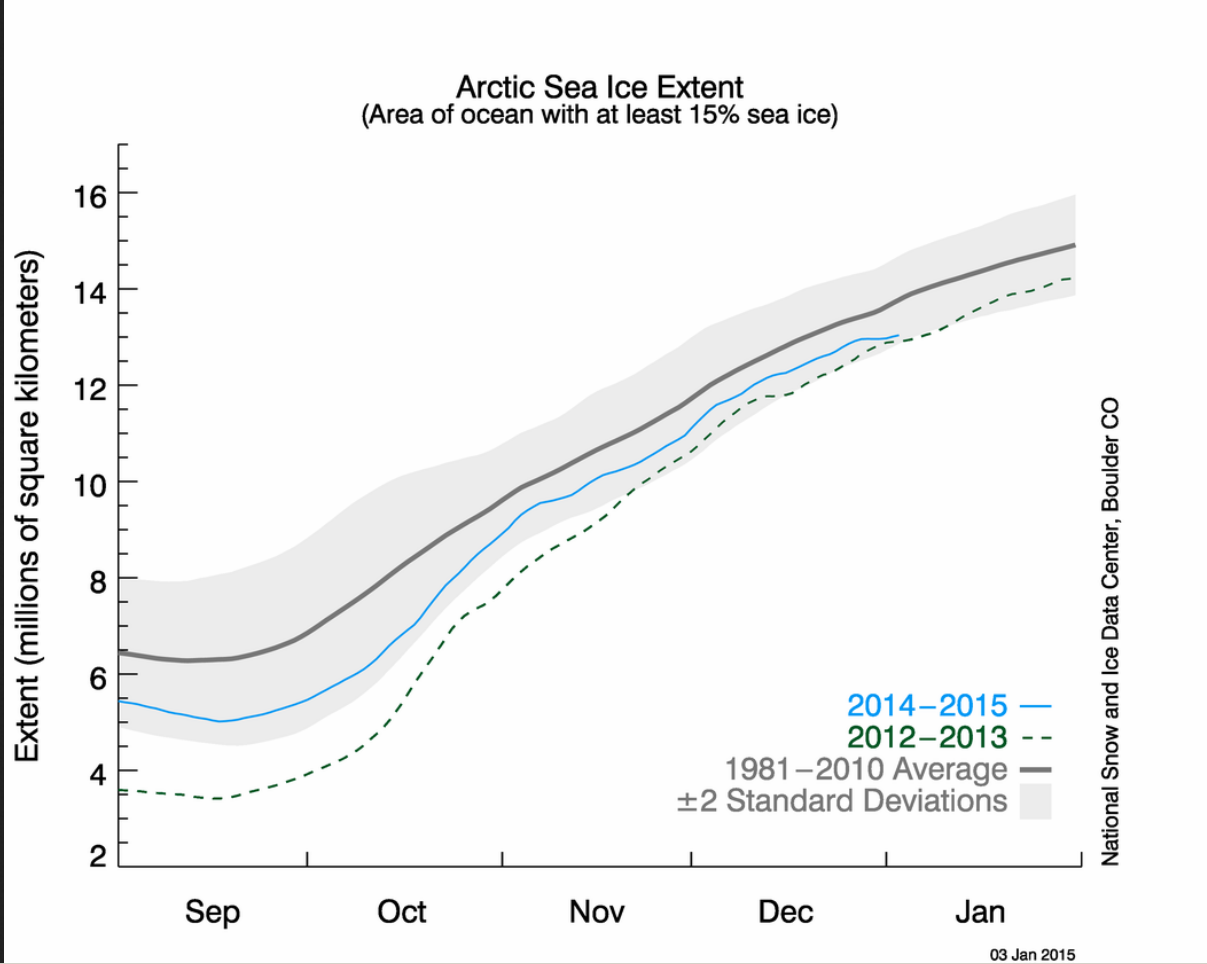 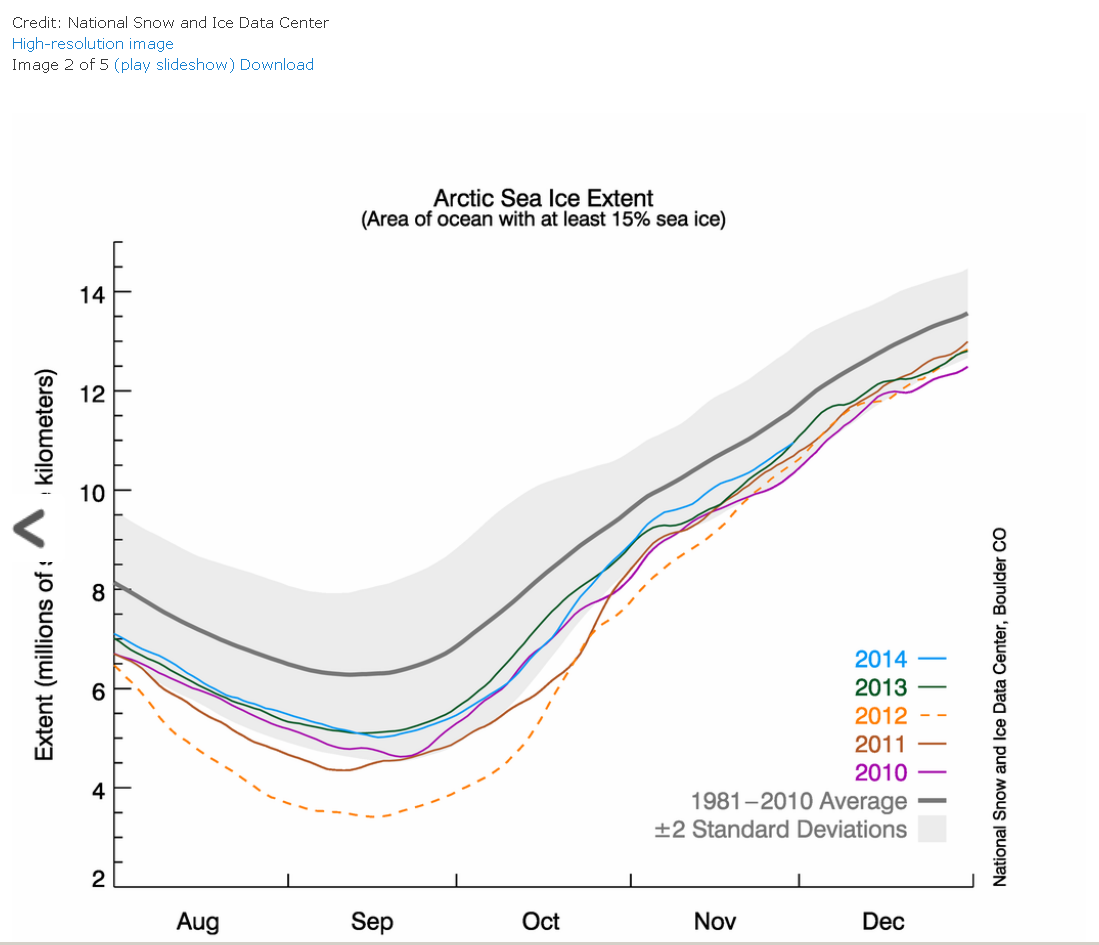 In the Antarctic we have this data, clearly increasing ice levels 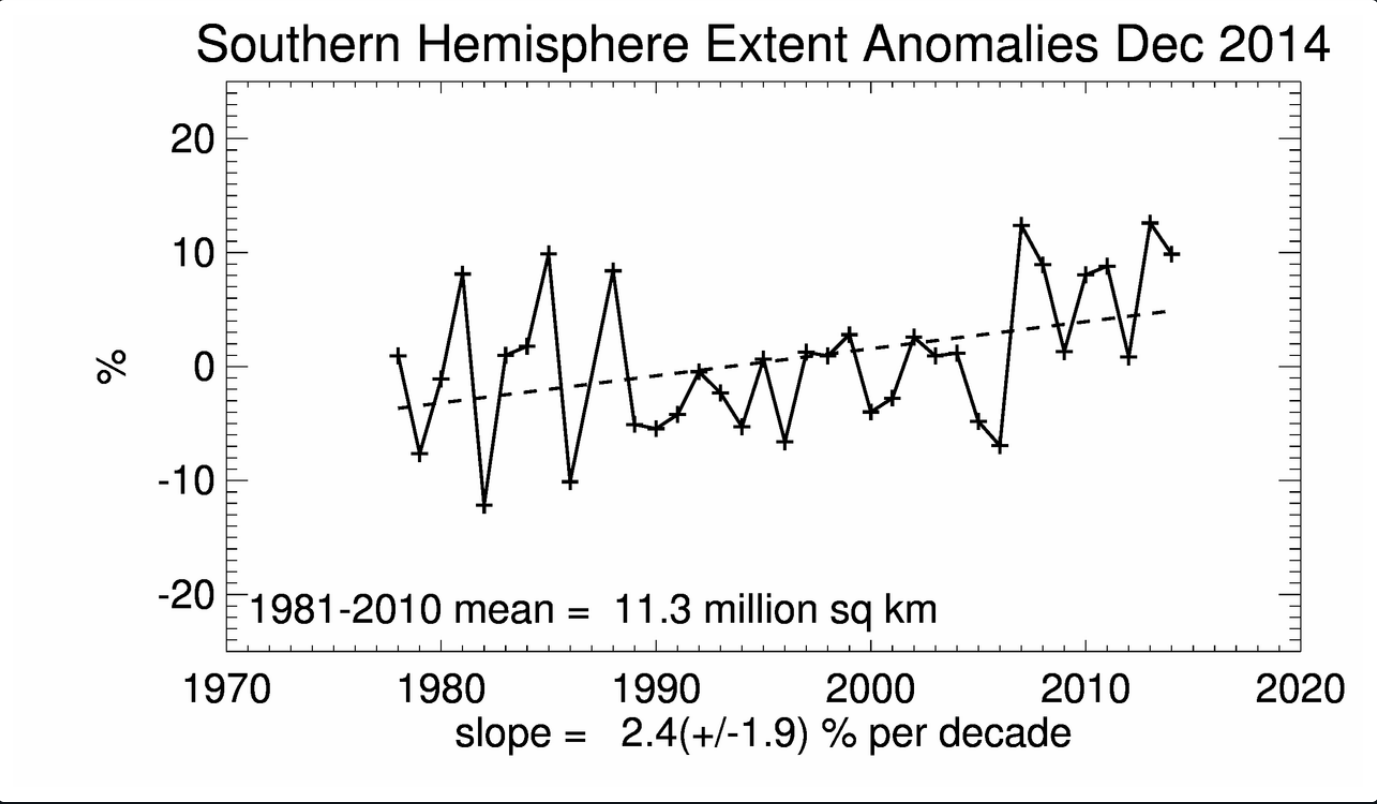 Don't Clam up when it comes to the TRUTH!


While government science and media begin the ramp-up to claim 2014 as the “hottest year ever” China’s Sea’s biggest bivalve shows that the Middle Ages were warmer than today, when Carbon Dioxide was lower.

From Gary H==================================================
From the 1974 Time Mag “ice age approaching” article:
“When Climatologist George J. Kukla of Columbia University’s Lamont-Doherty Geological Observatory and his wife Helena analyzed satellite weather data for the Northern Hemisphere, they found that the area of the ice and snow cover had suddenly increased by 12% in 1971 and the increase has persisted ever since. Areas of Baffin Island in the Canadian Arctic, for example, were once totally free of any snow in summer; now they are covered year round.”
The graphic accompanying the article contrasted the expansion of the Arctic sea ice extent from May 26, 1969 to May 26 of 1974.
With the new data here, and what Anthony alerted all to (well, all except the national media) to in 2012 . .
“I came across a number of maps showing Arctic ice extend from 1893 to 1961 collected by DMI in “Nautisk Meteorologisk Aarbog”. Each year DMI have collected information on sea ice extend so that normally each of the months April, May, June, July and August ice extend was published.” Here: http://wattsupwiththat.com/2012/05/02/cache-of-historical-arctic-sea-ice-maps-discovered/
. . . one should be able to construct a rather accurate account of the natural variability in cycles of sea ice extent of the Arctic region. 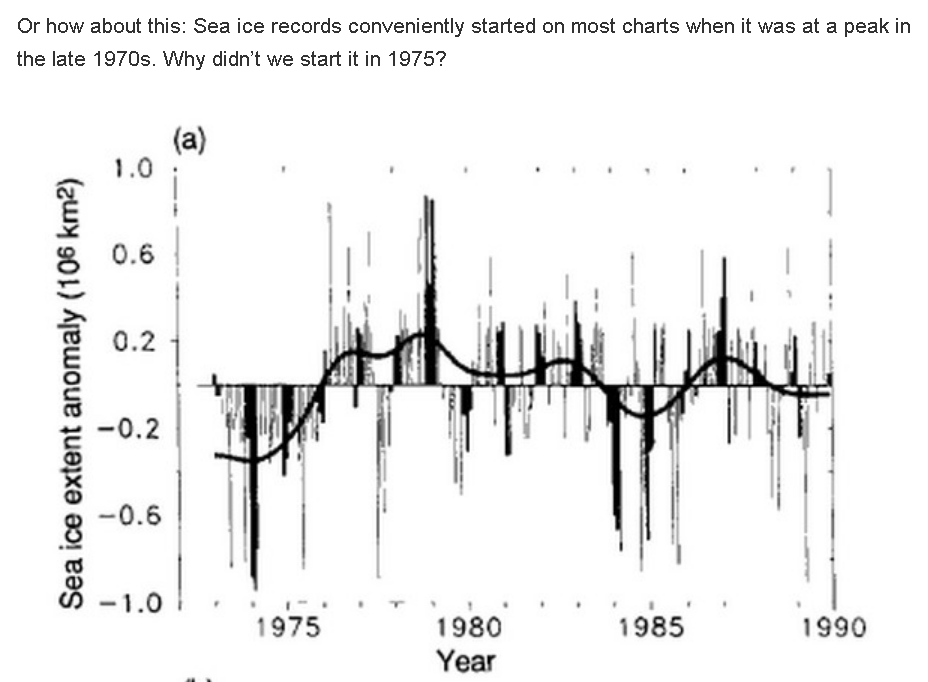 You can "order" the data here, there is no cost.
http://nsidc.org/data/nimbus/order-data.html


“enormous holes” in the sea ice!?! – Congratulations on discovering something that has long been known. With over 40 deployments north of the Arctic Circle aboard U.S. & Brit nuclear subs (’75 – ’09), I can categorically testify that this has always been so. 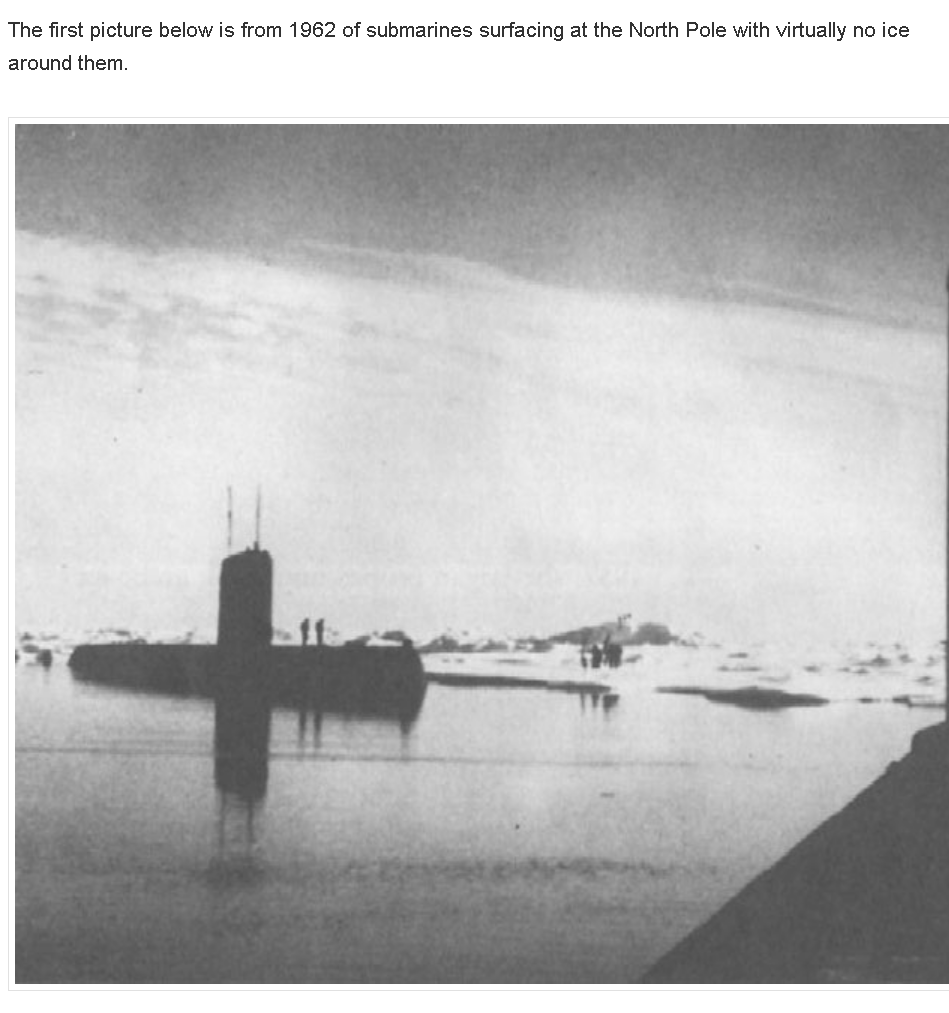 And here are some counter points from Doctor Goodheart