Over at Fukuleaks they have nicely formatted EPA data charts, just like Higgins used to have at his fine site before his entire house and all his servers were wiped out by Sandy.   Hope he is doing OK.

Bakersfield and Fresno CA have just been getting pounded with consistent high levels of radiation.   Arizona and Texas are also being totally fried.      Finally at the bottom of the page is the WIPP story, last fall they started venting plutonium from their underground Plutonium dump, but they say no danger to the public.    The data doesn't say that. 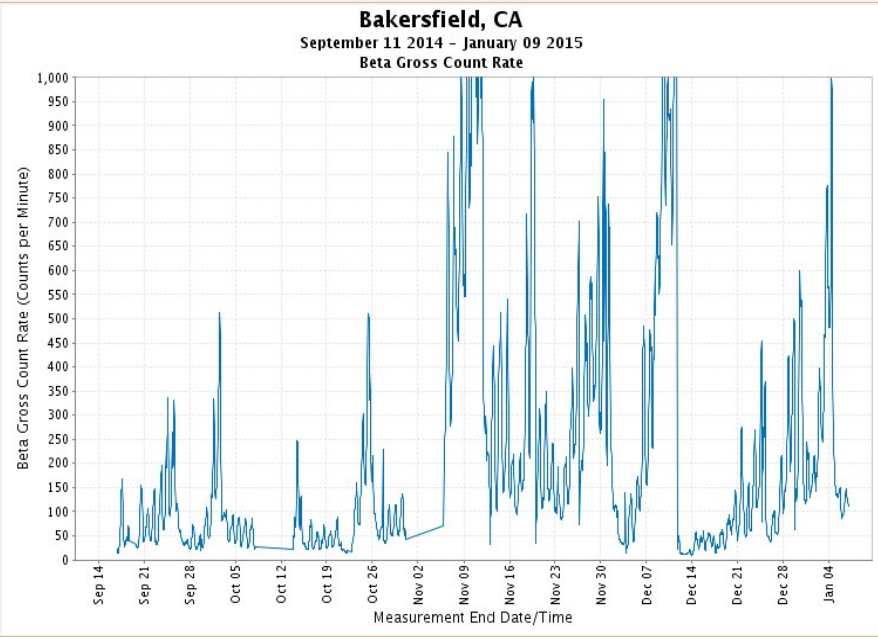 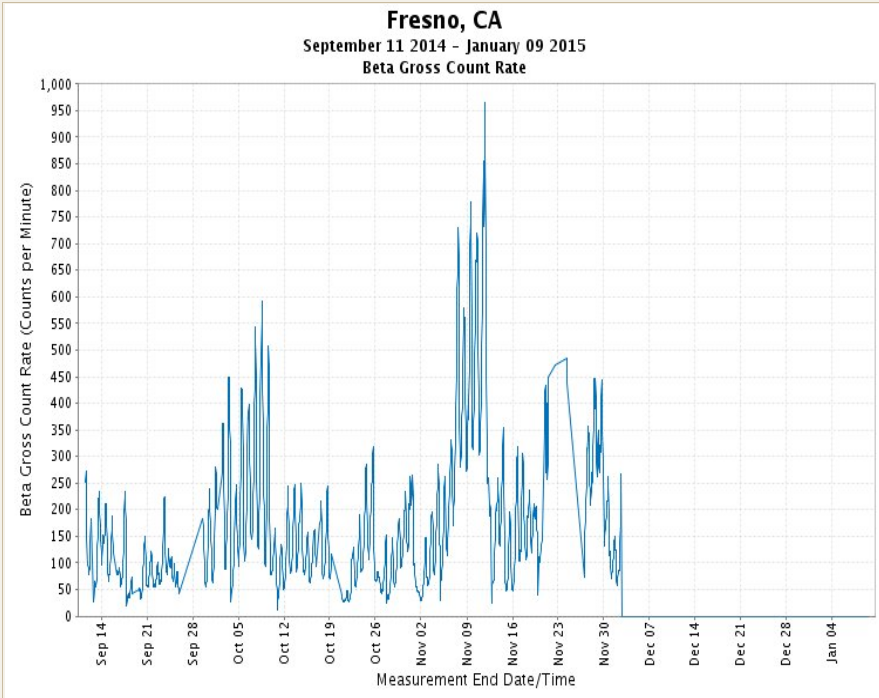 Tucson, AZ Has high and fairly steady radiation.   These levels are definitely dangerous, with a good chance of cancer developing after 1 year exposure.    And see Texas, down below Tucson, these are very high levels! 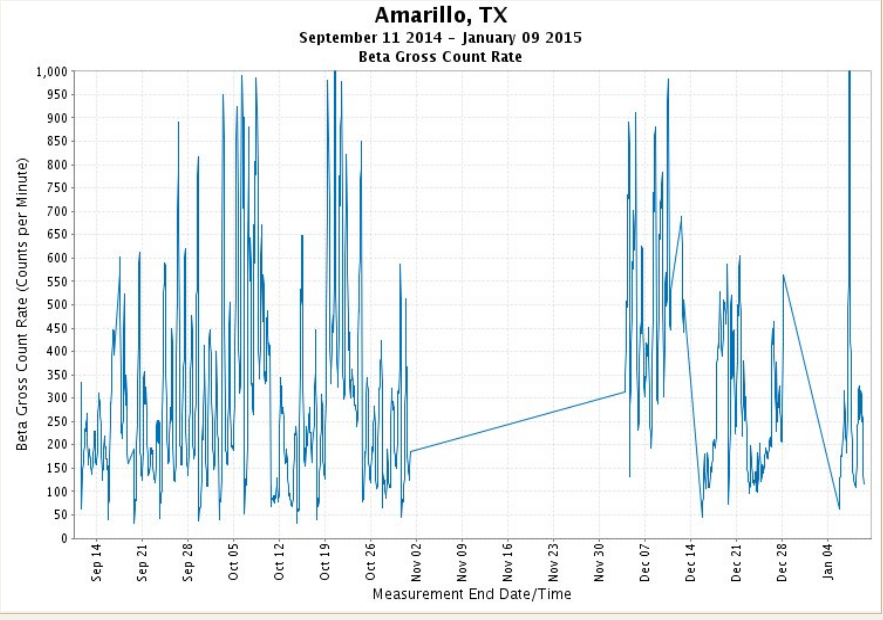 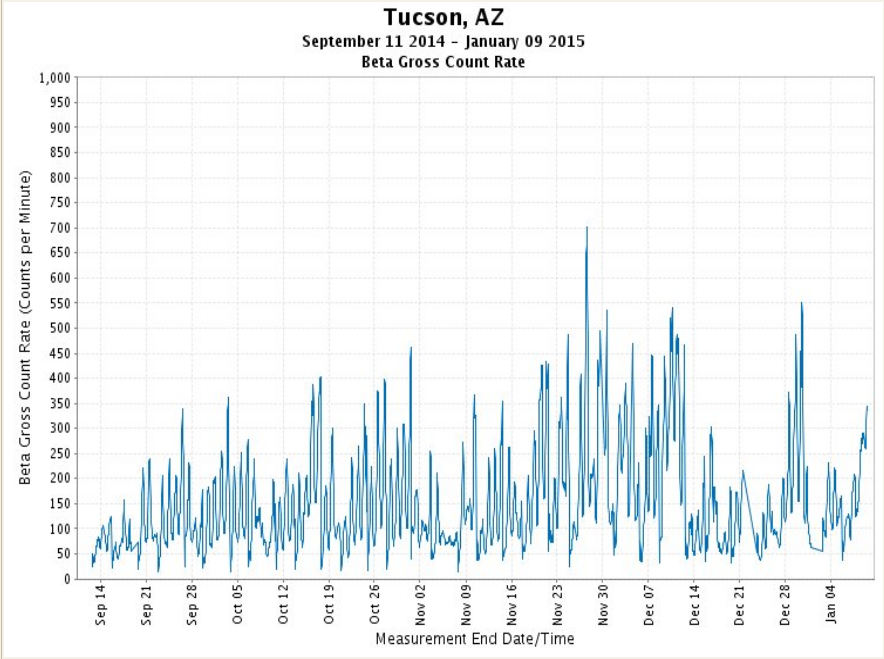 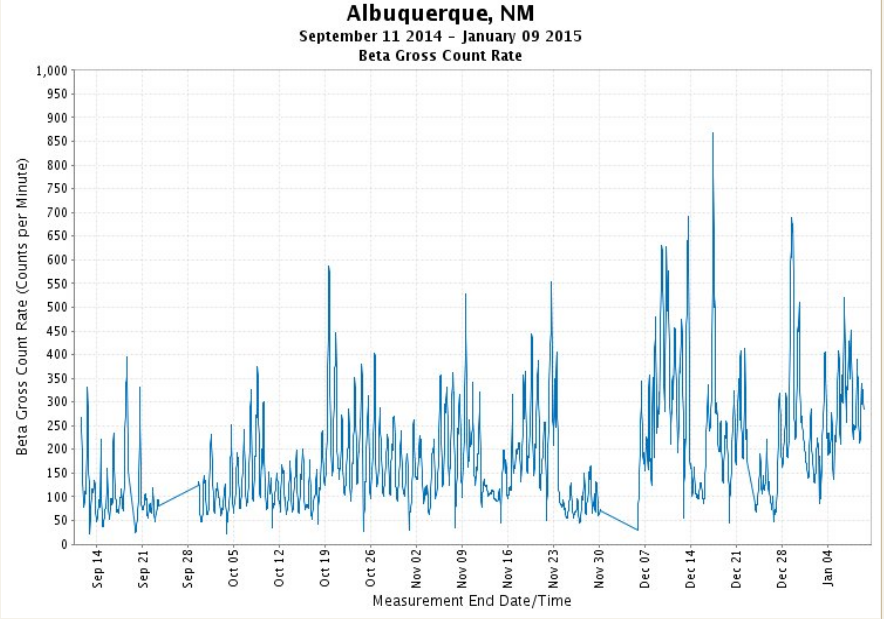 Albuquerque NM is the most populated area anywhere to WIPP.    WIPP started venting the underground dump in late October to reduce Plutonium levels so that their workers could be more productive with less safety equipment.     And there is a lot more than just plutonium at WIPP all the normal cast of characters is present, sometimes at very high levels of contamination.     Strontium and Cesium can account for increase in Beta, Plutonium is going to be all Alpha, very hard to pickup the Plutonium.

Carlsbad NM, the site closes to the WIPP Plutonium Underground Dump that Blew UP this spring....well it seems as if they don't even deserve a Beta count, there is none shown.   How about that, not just a "broken" they don't even get one.

Let the peasants have their yellow cake, and they can eat it and breathe it too... 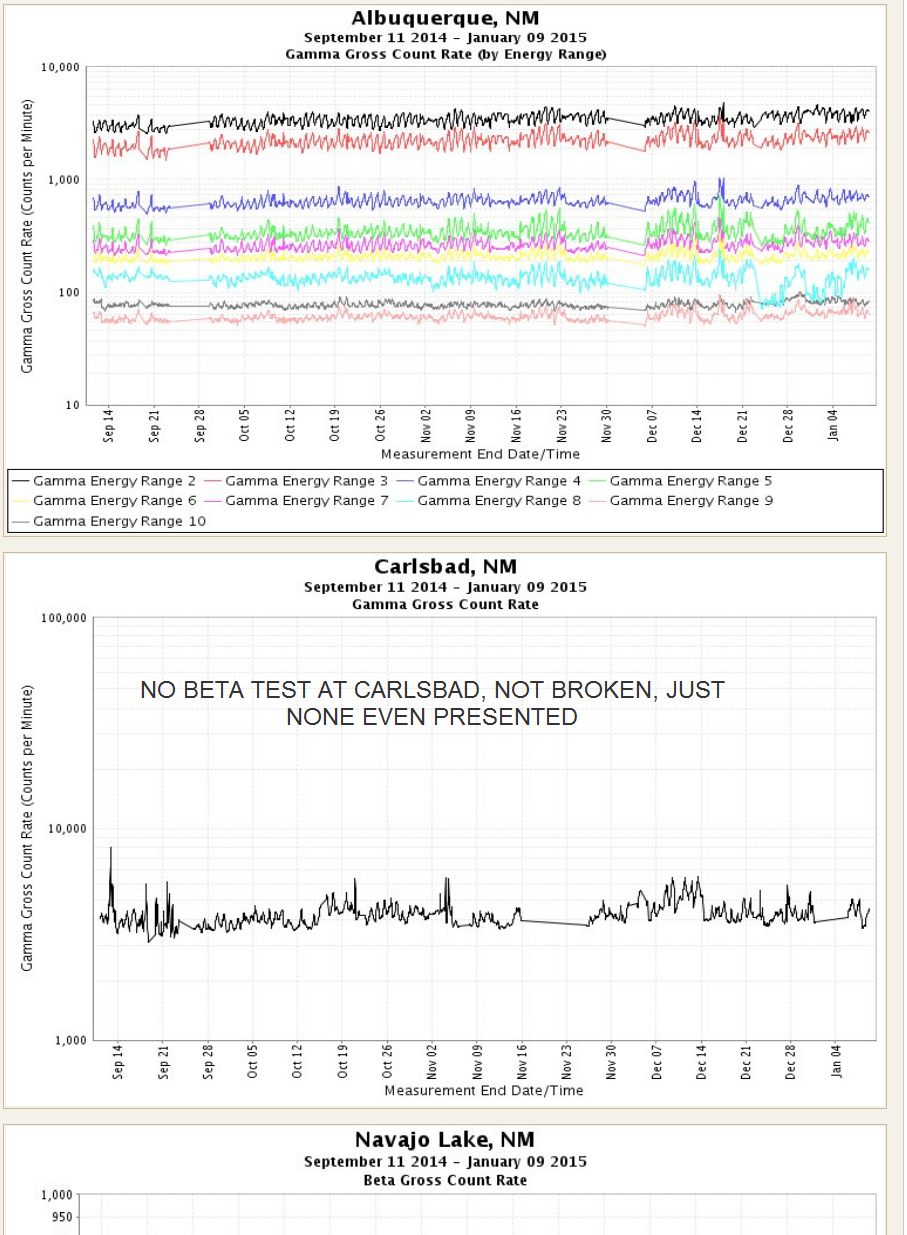 What is amazing to me is that after screwing up royally, you would think they would put adeqaute resources into doing things right.    The DOE and the WIPP contractor (which used to have President Mohammed Farok Shariff running the plant at the time of the accident) have not ramped up resources to amek sure no further mistakes happen.

Instead they have improper ventilation at the underground dump


"The most significant concern is that NWP does not have a sound engineering approach for determining the minimum ventilation rates that will ensure safe conditions for underground workers," the Office of Enterprise Assessments report said.

And the DOE had attempted to "engage the public" and reassure them through a series of Town Hall meetings.    the net result was only that they displayed their coverups, lies, and lack of effective action ---all the more clearly to those paying close attnetion.   In fact, this weeks town hall meeting was blacked out for internet participation.    The tough questions come from the semi anonymous activists who log in via the internet.

Well, one way to avoid the pointed questions is to just "Break the Internet" those Butt-heads.

We noted in a news report that even at the local Town Hall they allowed less than 5 miuntes for questions to Las Alamos National Lab to explain what happened and how they were going to fix it.

Given the high levels of frustration of the local community, it is a bit surprising to see them dodge the issue with a obvious ineffective Q&A.

"The City of Carlsbad is very frustrated with Los Alamos and what went on there, especially the lack of control, the lack of understanding, and the lack of treatment," said John Heaton, chairman of the Mayor's Nuclear Task Force.