The spent fuel pools at Fukushima are currently the top short-term threat to humanity.
But fuel pools in the United States store an average of ten times more radioactive fuel than stored at Fukushima, have virtually no safety features, and are vulnerable to accidents and terrorist attacks.
If the water drains out for any reason, it will cause a fire in the fuel rods, as the zirconium metal jacket on the outside of the fuel rods could very well catch fire within hours or days after being exposed to air. See this, this, this and this. (Even a large solar flare could knock out the water-circulation systems for the pools.)

The pools are also filling up fast, according to the Nuclear Regulatory Commission:

............
The Pilgrim Nuclear plant is only 35 miles from downtown Boston.
According to the Nuclear Regulatory Commission, Pilgrim has the second highest risk of damage from an earthquake of any American nuclear facility.
What could possibly go wrong?

And the Nation has this to say


But there is a problem with dry cask storage: it costs money. The track record of the atomic energy industry in the United States—less so in Japan—is to spend as little money as possible and extend the life of old plants for as long as possible, no matter the risks. 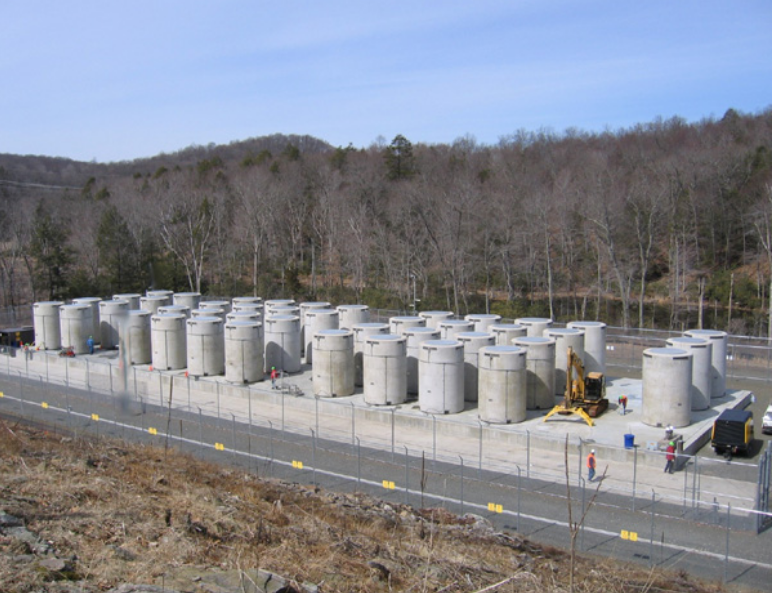 Stock here....I am a big fan of dry cask.     It kicks the can down the road, before a terrorist can burn and aerosolize a full inventory of spent fuel.    Or a natural accident.

Let's kick the can into a Cask-it, and shut them all down.   Mahalo!