The fiddling with temperature data is the biggest science scandal ever

This is nice to see.

21594 comments about the Warming lie and the Sea Ice lie. I wish I had wrote it!!

Actually I promoted both these stories in the last few months. BECAUSE the Nuke Cartel is using warming and CO2 as lies to fleece the ratepayers for twice the money, and try to kill solar and wind.

This is from the Telegraph, a major news outlet of Britain, et al.  You can drop a comment there! 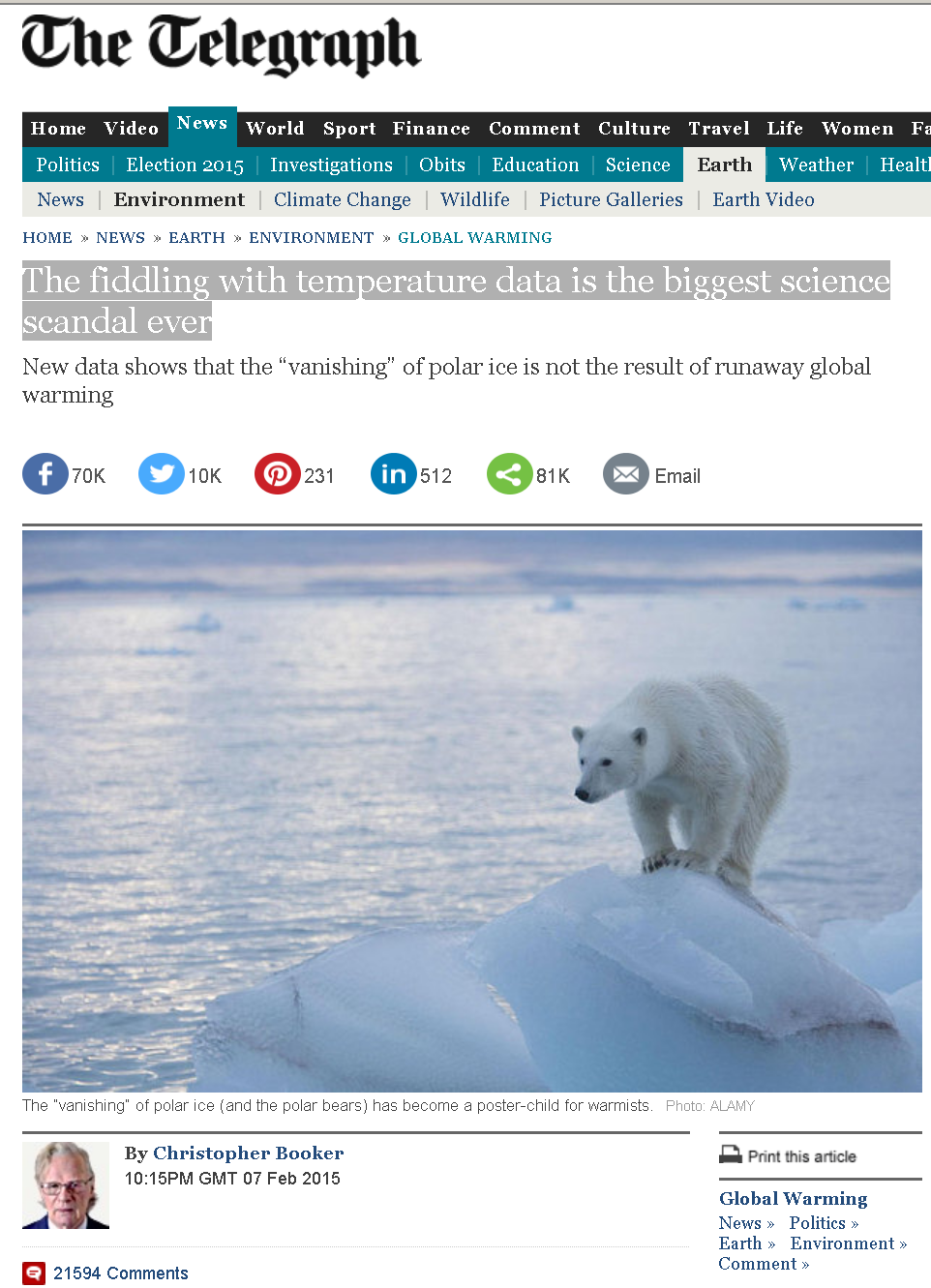 When future generations look back on the global-warming scare of the past 30 years, nothing will shock them more than the extent to which the official temperature records – on which the entire panic ultimately rested – were systematically “adjusted” to show the Earth as having warmed much more than the actual data justified.

Two weeks ago, under the headline “How we are being tricked by flawed data on global warming”, I wrote about Paul Homewood, who, on his Notalotofpeopleknowthat blog, had checked the published temperature graphs for three weather stations in Paraguay against the temperatures that had originally been recorded. In each instance, the actual trend of 60 years of data had been dramatically reversed, so that a cooling trend was changed to one that showed a marked warming.

This was only the latest of many examples of a practice long recognised by expert observers around the world – one that raises an ever larger question mark over the entire official surface-temperature record.

The warmistas have been lying for almost 2 decades, and because I didn't even take the red pill until 2004, I missed the first decade of their lies....in fact as and engineer and energy guy...I internalized their lies.   How sad is that?

but one big problem with this article.  By their omission of real data, they imply that the "vanishing" of polar ice is an actual issue.    They are slapping the warming lie, but allowing the de-icing lie.


Not allowed...I am the Shepherd of Ice.

Check this original chart of polar ice by stock, aka Nukepro 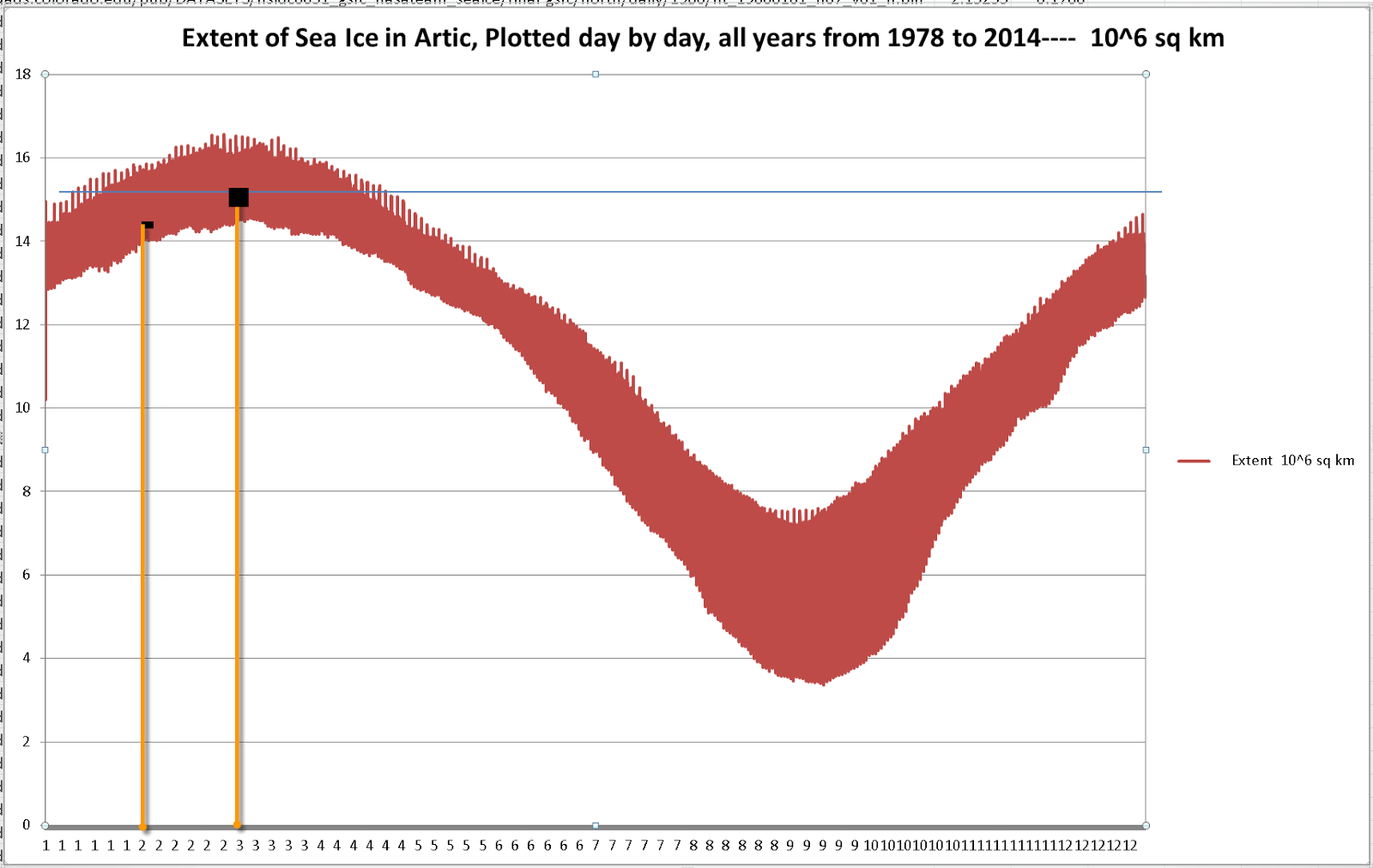