Zion Nuclear Plant Doesn't Have Enough Money to Clean Itself Up. And Palisades is Polluting Lake Michigan As Badly as Fukushima. Poor Lake.

When this entity runs out of money, they will simply go bankrupt and then the waste will sit or worse.

The balance in the Zion Nuclear Power Plant decommissioning trust fund was about 30% lower at the end of 2014 than it was the previous year according to a report filed by ZionSolutions with the Nuclear Regulatory Commission on March 30.
The Report on Status of Decommissioning Funding for Shutdown Reactors—due annually—indicated that there was a total of $280.2 million in the trust fund on Dec. 31, 2014.  Last year’s report showed a balance of just over $400 million.

These plants cost around $2B in 2014 dollars to decomm.

The NRC makes them hold around $400M, and then they pretend that the money grow over time, exceeding inflation.    They also pretend that the cost to decomm will be the same in 60 years as it is now, only the invested money is increasing.

But this report does provide a decent metric for the cost of Dry Casking.

So the cost of Dry Cask is about $2M each.      We don't know whether the cost of the Cask Itself is Included in that. 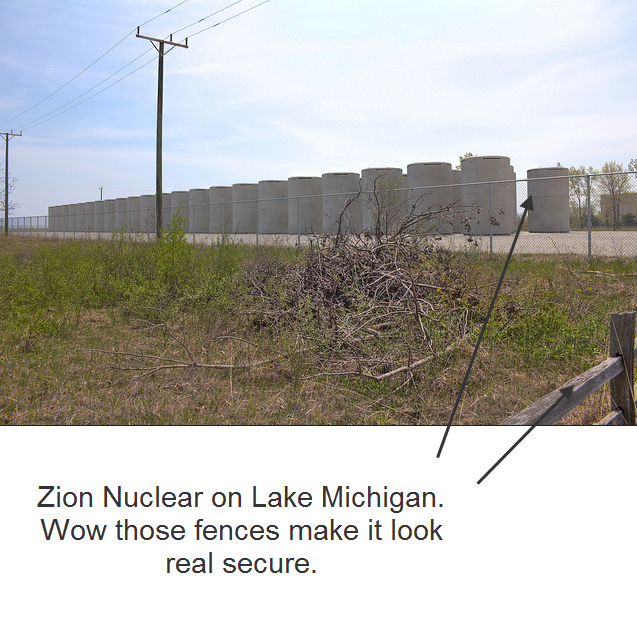 We also don't know if the cost of the Cask Slab or the Security Systems are included in that.

This company supplied some of the Zion Dry Cask 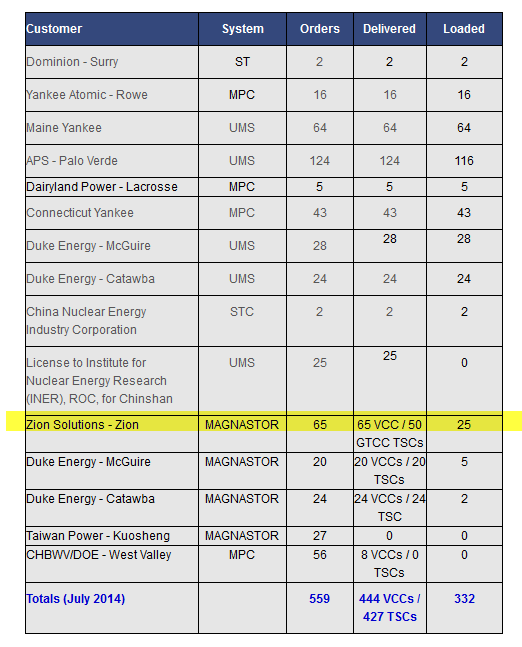 And just up the coast of Lake Michigan, Palisades is leaking 440,000 Bq/M3 long lived Tritium into Lake Michigan.     Not a joke, as serious as a cesium induced heart attack.