I just need to store this comment from ENENEWS for when I can do some due diligence.

Neurotoxins in 97% of algae is not a good thing.

EUREKA!
Cyanobacteria and BMMA
BMMA-[beta-methyl-amino-alanine] HIGHLY toxic acid produced by Cyanobacteria.
An international team of researchers from Dundee have detected a neurotoxin in 29 out of 30 samples of blue green algae they have tested. Sourced from Scotland, Ireland, the Netherlands, Israel, India, Australia, the U.S., Guam and elsewhere.
SCIENTISTS STRESS PRECAUTIONS SHOULD BE TAKEN, PARTICULARLY WITH DRINKING WATER. BMMA should be monitored in water sources including reservoirs.
Samples of Cyanobacteria were collected from SEAS, FRESHWATER, SOIL, LICHEN, A CAVE, AND HOT SPRINGS AROUND THE WORLD [read that again] OF THE CULTURES 95% WERE SHOWN TO PRODUCE..BMMA "The findings was of ecological and evolutionary significance". (Suggesting extinction? )
Ready for this: THE RESULTS WERE PUBLISHED IN THE NATIONAL ACADEMY OF SCIENCES OF THE USA. [THEY HAVE KNOWN MANY YEARS]
A huge thank you to:
Dr. James Metcalf
Louise Morrison, Dundee University
Research teams, Hawaii, California, and Sweden
Research leader, Paul Allen Cox, Hawaii Institute for Ethnomedicine.
Found in human brains 2003 [CANADA]
Potential for widespread human exposure: ALGAE.
SPREAD CAUSED BY POLLUTION
Toxic to fish, shellfish, pets.
Linked to brain disease in humans.
http://www.locationseffect.proboards.com/thread/222/cyanobacteria-bmma

At about 6 minutes into the above video, he conjures up a way to view alpha particles in real time.  It is pretty interesting,, it demonstates the different distances that Alpha flies, as well as a pretty uniform spherical distribution of disintegrations. 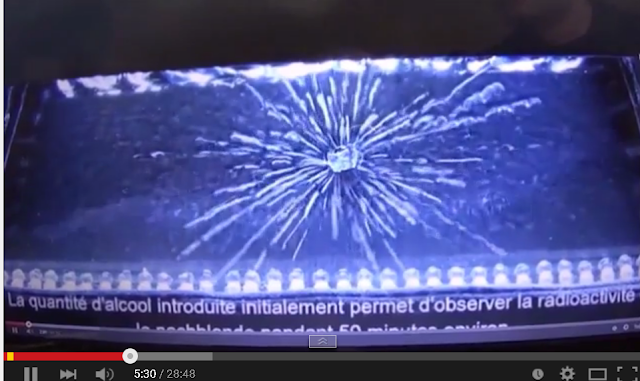