This post is "in progress".    I am hoping people can review, do additional research, and make contributions.

The basic premise is from "Obvious" at ENENEWS who postulated a link between Fukushima released Strontium, and low oxygen causing toxic blooms and also direct animal deaths, beachings, etc.

A quick note on the newly coined "Volume Bungee" which is the missing link in celestial physics.   There is an elephant hiding right under our nose, and that will explain why small and fast moving things like comets, which would not significantly affect earth by gravitation, do in fact cause a statistically significant increase in large earthquakes.    I did a comet study here, please review it.

This from earth sciences at Yale 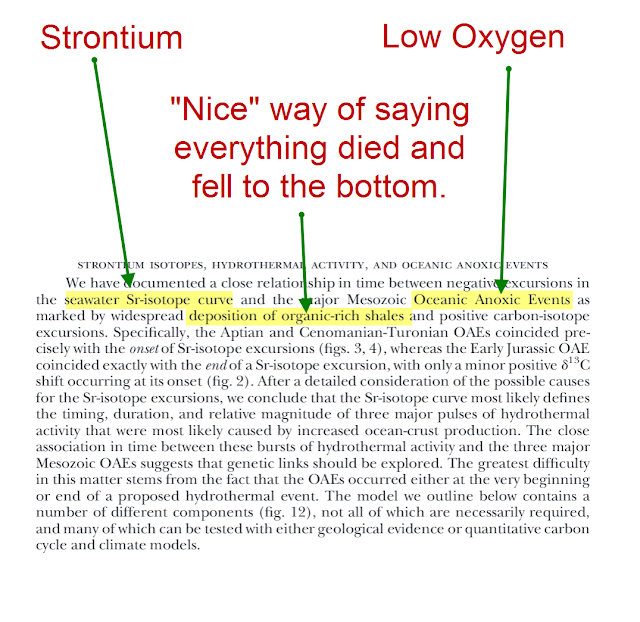 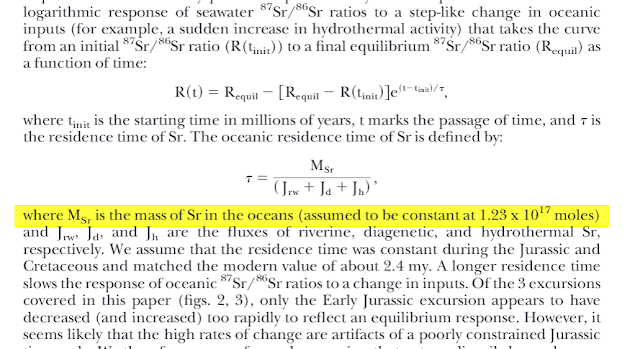 Good but geeky explanation and testing of Strontium ratios for dating and source water science studies.

On Page 6, they state Total Strontium analyses of the USGS Standard Water reference, sample 26 of about .844 mg/liter of strontium.

Using the numbers of moles of Sr estimated in Oceans, what is the total mass?
http://www.wolframalpha.com/input/?i=1.23e17+moles+of+strontium 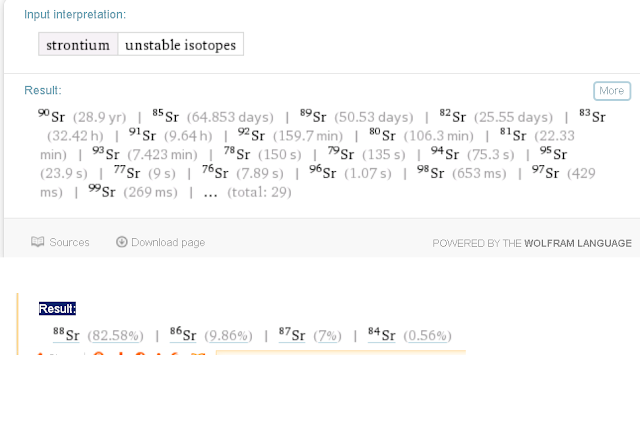