Nuclear is Always Over Budget and Late On Schedule, South Carolina Screwed By Nuke


The rate increases tied to the expense of the two new nuclear reactors have been:

700,000 customers at $145 per month (residential, but based only 1000kWH and no other basis given by the spokesman) and lets say the commercial is equal in power consumption and cost to the residential, what kind of money are we talking about here? 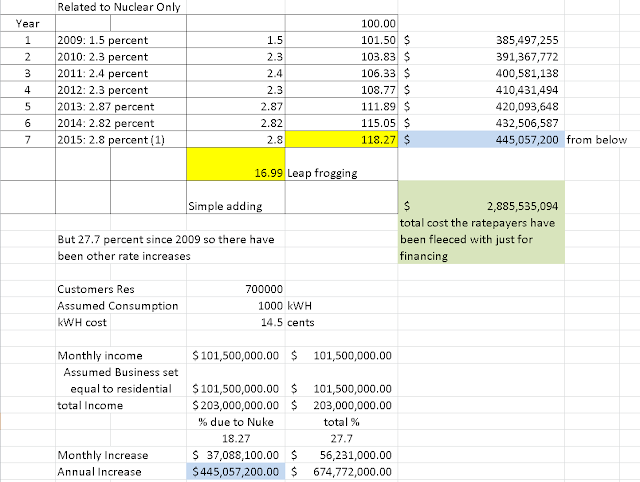 The spokesman had the audacity to claim that charging the customers more will save them "billions", lying nukist!

Really now?  2.6B in savings but still $1B over budget, sheesh!
http://www.powermag.com/v-c-summer-nuclear-expansion-costs-to-surge-by-nearly-1b/

Read more here: http://www.thestate.com/news/business/article22839525.html#storylink=cpy
Posted by Stock at 9:57 AM