When the Flies All Go Away, You Are Being Blasted With Radiation

After Fukushima, for one full year, all the common house flies went away in Hawaii.      For the full year.   I lived there that year.

Researching this matter I found anecdotal evidence from Three Mile Island in which the same effect was noticed.   No flies, even on a farm.

I wonder if anyone can weigh in from Fukushima and nearby areas?

Certainly radiation can be used to sterilize insects:


That whole summer [1979] ’til about August there were no flies, no mosquitoes, no nothing. You’d be outside eating and there would be no flies. We got other cats and we had, you know our other dog.


I’ve lived here all these years, I don’t need them kind of statistics. All I know is that I don’t like it

Add to Favorites Send PM Ignore Re: Gulf of Mexico all clear I was in school around Gettysburg PA, not too far from Millersville, two friends in my immediate group of fifteen or so, developed testicular cancer shortly after Three Mile Island. Neither was able to have children, one died a couple of years ago at age fifty of lung cancer. Some of us stayed through the summers, we noticed the year after that there were no flies. for what it's worth...

All the nests were empty in Fukushima
http://cricket.biol.sc.edu/chernobyl/press/sad0215Feat4p.pdf

Cornelia Hesse-Honegger is a scientific illustrator and artist known for her pioneering bug work: She has collected more than 16,000 insects near nuclear plants and fallout sites, searching for signs that they’ve been affected by low-level radiation. Her watercolors are beautiful, but also carry a frightening message; as Hesse-Honegger notes below, “we the humans dictate in the end how nature should look like.” 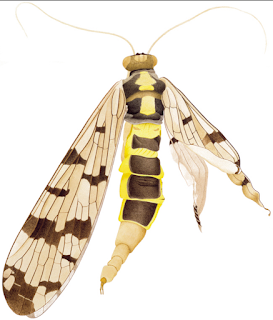