A Citizen Scientist who goes by MVB paid a large amount of money for a real lab test on "fresh rainwater".     He suspected that because of a dipping jet stream and the recent obvious atmospheric releases from Fukushima caught by "cam watchers" such as Majia and Nuchechen <sic> that he might get some hot rain.

Here is his report:
https://allegedlyapparent.wordpress.com/2015/07/06/gamma-spectroscopy-colorado-radioactive-rain-june-14-2015-fukushima/

After my analysis of his results, about all I could do was post this at ENENEWS:


OK I am a bit freaked out about this

I have been analyzing MVBs gamma spec on rain water.

I have been trying to wrap my brain around it and create an article, but I am just flipping around like a boneless chicken.

What he found was 33,450 Bq per M3 water.   Of substances that could be of natural origin (but supplemented by fission)that would be 45%.

So 55% or more is from man-made radiation.     But only the gamma sources were detected, so isotopes that emit only in beta, such as strontium, tritium, plutonium 241 are not even part of the report.

There is a large presence of Americium 241, it 6 percent of radiation.    But that has a super long half life 3.8 million hours, so it doesn't emit that often, so there is A LOT of it. 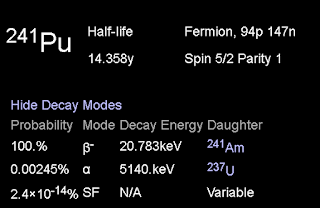 So there is way more Plutonium

I had previously analyzed the data for the CS134 to CS137 ratio which can function as a time stamp to see if they were from a recent release.     The Cs was actually in pretty low proportions and the data showed more Cs 134 than Cs137 so there was no "proof" as to whether it was a recent release.

Here is a screen cap of the spreadsheet 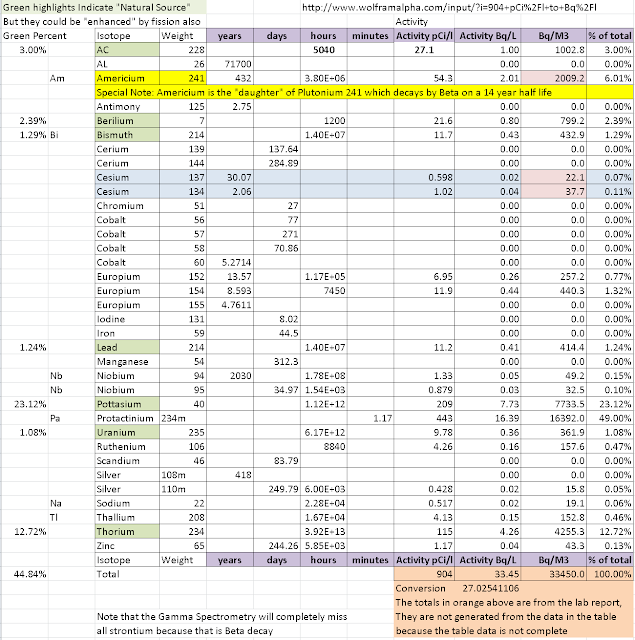 I'll add more later, including the spreadsheet itself.


If you want to learn more about Gamma Spectrometry, this is a great book that is an online resource 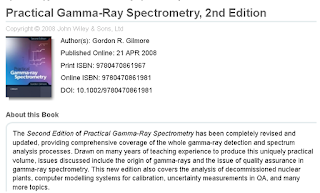 Majia, the author of 2 great books on Fukushima related issues, enquired about my thoughts on what is actually happening.

stock: Not sure, combination of factors.
Continued fallout of uranium (as well as airborne uranium/radium decay schemes), plutonium, and Americium from Fuku prompt criticality "canon blasts" as well on ongoing fresh emissions carried by jet stream.

MVB was worried that because no individual result could be guaranteed by a radiation lab to be "correct" that we had to accept that none of the data was correct.     I provided a "duck theory" response in the comment section and then elaborated on my train of thought in the screen capture of spreadsheet.

One can see that even if you only had 5 samples that could prove recent fission products, and you were only 68% sure about each one being correct (i.e. a 1 sigma level of confidence), then the chance that all 5 are wrong becomes vanishingly small. 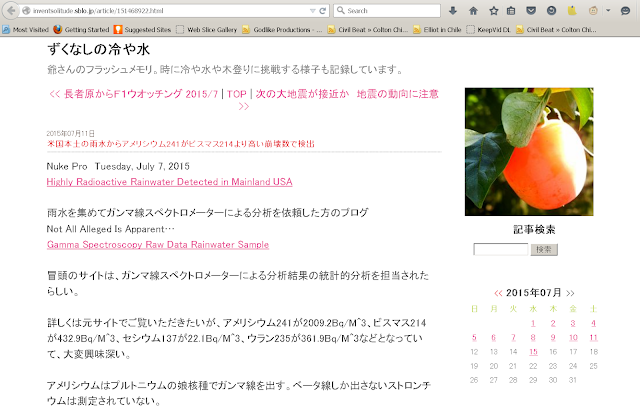