A poster at ENENEWS mused a question...."just imagine how much heat 7 Billion human produce per day".

Nuke plants are very inefficient at producing usable energy.    For every 1 kWH of electricity they produce, they produce twice as many kWH of waste heat.

400 nuclear plants produce more waste heat than all the humans on earth.

And nuclear only supplies about 2% of the power on earth.

Thus proving "The Matrix" wrong....humans don't make good batteries.   Humans could only supply about 2% of the power the world needs. 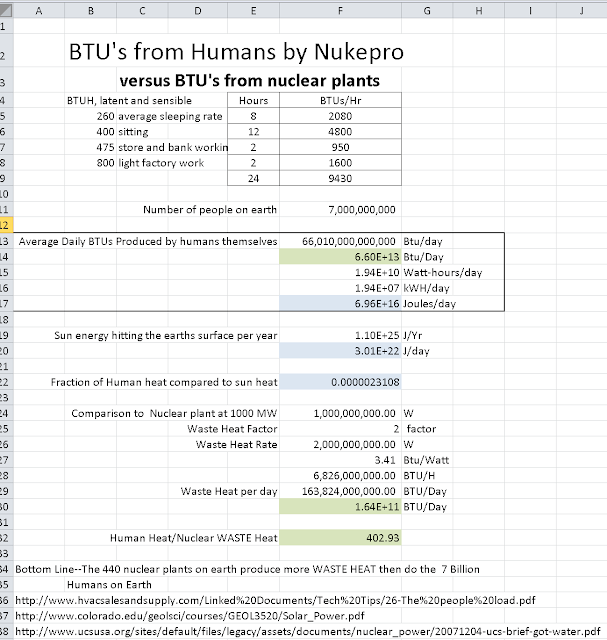 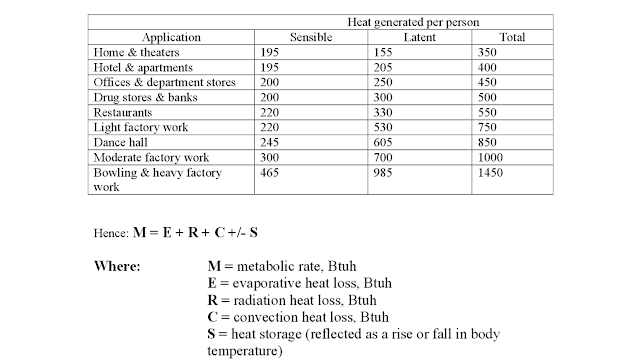 And getting back to "basics" a reader said this

I say screw the heat output of both the nuke plants and humans combined. That is so trivial in comparison to all of the in your face abuses we are doing to our little space marble.
Deforestation, Over hunting/fishing/poaching, the astronomically excessive uses of fertilizers "destroyed water ways and ocean dead zones".
The dumping of conventional garbage like plastics and rubbers and other toxic long lived garbage literally everywhere by the millions of tonnes annually.
Production of millions of harsh chemicals in the millions of tonnes annually in facilities with little to no regulation that just dump the byproducts and waste into the environment "PCB's and dioxins anyone?".
The spraying of billions of gallons annually of pesticides that are just versions of nerve agents designed for warfare but deemed perfectly safe to eat now?…
The ocean and land dumping of radioactive waste.?
The on going "legal" nuclear waste pipes into the oceans from reprocessing facilities.
The production and use of nuclear weapons from hydrogen bombs to DU munitions in staggering amounts. The several hundred plus run down leaking nuke plants globally that also spew out during refueling constantly.
All of the current uncontrollable on going and unsolvable unclean able nuclear disasters.
The list just never stops, I have not even covered a tiny bit of it all.
Holy phuck! What is wrong with us?

August 10, 2015 at 10:18 pm · Reply
We wonder why 1 in 2 will get cancer? We wonder why our world is in shambles and everything around us is going extinct?
I mean, how blind do you have to be!? Our "leaders" say everything is fine and we're on top of the world, the best it's ever been….
What a bunch of psychos.