Meterorite "Attack", The Oort Cloud, and we just passed Through The Galactic Center

We (the Earth) supposedly just passed through the Galactic center, which is kind of amazing, since that only happens every 32 to 35 to 39 million years or so.   I wanted to get some perspective on what this means, how likely it is to "be true", and ramifications for extinction level events (big nasty space rocks).

What are the chances of that happening during the same century that we went from the iron age to the "nuclear age". What are the chances of that happening as our spaceship does a fly-by of Pluto? So a review seems to show that our little solar system bounces back and forth across the Galactic plane, which seems to be a conventional gravity effect. 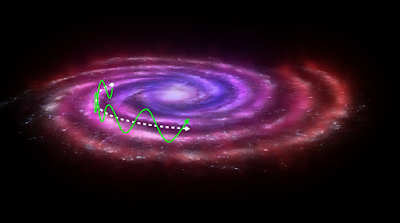 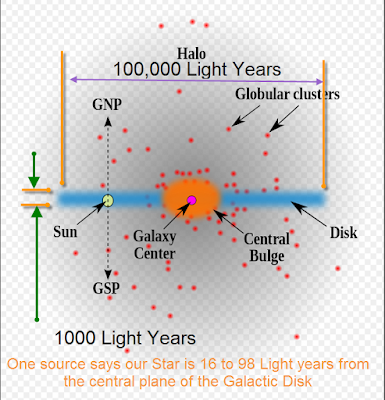 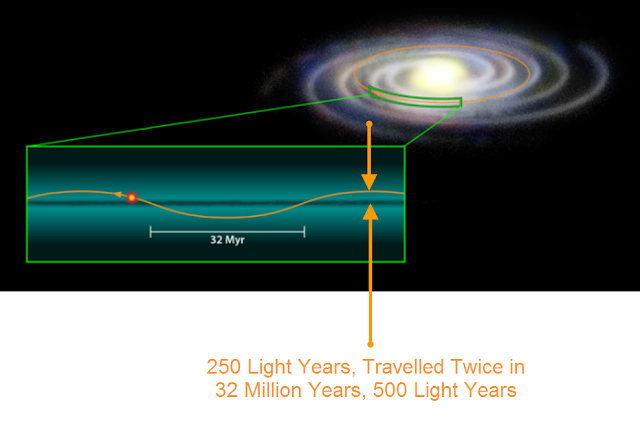 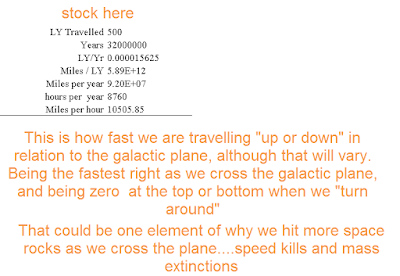 As schoolchildren, we learn that the earth is moving about our sun in a very nearly circular orbit. It covers this route at a speed of nearly 30 kilometers per second, or 67,000 miles per hour. In addition, our solar system--Earth and all--whirls around the center of our galaxy at some 220 kilometers per second, or 490,000 miles per hour. As we consider increasingly large size scales, the speeds involved become absolutely huge!


So let's just guess that our vertical speed as we pass through the "plane" is 20,000 MPH that adds quite a bit to our speed of 67,000 MPH while going around the Sun, but that wouldn't seem to explain a 10 fold factor of hitting more large objects during the plane crossing.


Historical records of large meteorite impacts show that there are clusters of impacts that match when the Earth (think solar system) pass through the galactic plane.    I mean, it kind of makes sense....there is just a lot more stuff gravitationally drawn into the galactic plane.

And there is some pretty good science behind it.    Plus that name the "Oort Cloud" just sounds scary, LOL.    Here is the link to the science.
http://mnras.oxfordjournals.org/content/387/1/153.full

Obviously they get into some very unique mathematical methods. 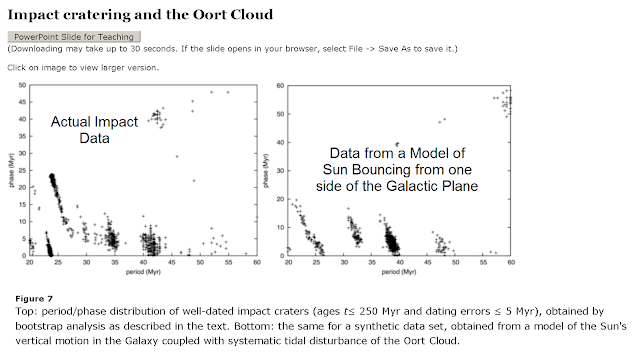 In the video below:


We cannot see as far within the plane of the galaxy due to obscuring dust and gas, so this generates an observation bias making it seem like open star clusters are only found nearby.


In fact, it’s only the nearby ones that are easy to see. Globular star clusters, because they are often found well above the plane our galaxy, can often be seen much farther away, since less dust and gas obscure our view.

I got the video from the Wolfram blog, is this the same as the Wolfram Alpha calculator, which is so useful?