Radiation Damage to the Pacific is "Just a Conspiracy Theory" 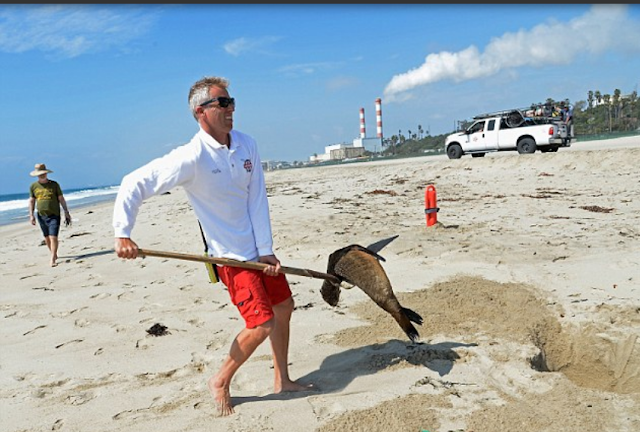 How about how the Fukushima Daiichi damaged the Pacific? Maybe someone should look into all the other issues the Pacific has had with die offs? It seems like the media does its best to avoid reporting the damage.

Radiation is a conspiracy theory.
Just because we've seen a couple UME's <Unusual Mortality Events> and multi-species die-offs along the Pacific since 2011 doesn't mean anything, its only been
Just because NOAA (or anyone else) isn't sampling any of these specimens for radionuclides doesn't prove anything, except that radiation is a conspiracy theory with no factual basis in science.

Its not like three cores bleeding into the ocean for 1631 days could even have an effect, look how big the ocean is and look how small radionuclides are... and its not like there are studies proving irradiated water increases water temperature for the life of its decay.

Nicely done.
And the State Secrecy law Japan passed is helping to ensure there's little "factual basis in science" being leaked.
At least they're stemming one of the leaks. /s


Additional Sarcasm found at "The Economist" on a poorly written article. The comment section was actually done by people with higher levels of knowledge, but this one was at least funny in a sick sort of way. Related to what to do with nuclear waste.

Some ideas:
1. Contract this out to a mining company and have it overseen by the EPA. There are plenty of mine-tailings lakes that could be immediately employed. Sure they will leak into tributaries of major rivers, but hey it's a national problem. Anyway the effects are unlikely to be much worse than leaded gasoline.

2. Guantanamo Bay. It is US territory, and the people who live there are already too dangerous to move. Could be the basis for a fascinating study into the effects on radiation on people. Better than using your own troops.

3. Ask Walmart to dump it off the coast of California. Will require some extra cost to employee marine biologists to identify any sites of the CA coast that haven't been dumped on - no point leaving a job half done.

4. Work with Trump: who needs a fence when you could build a moat, a giant moat filled with radiation. A modest and very intelligent idea. On the U.S. side this could be landscaped by Donald's wig maker who already specialises in things that look like irradiated desert plants.

5. Frack and Dump strategy. OPEC, and with it a dozen of America's least favourite countries are being crushed by U.S. oil. So why not crush the international black market in nuclear materials with US nuclear waste? It will then almost certainly be used in the Middle East or Europe (may as well wipe out Europe before it is totally overrun).

6. Just wait for Putin to nuke Estonia or Warsaw. There are two options here. One is to then dump it at ground zero, or (the best long term option) - fry Russia and dump it there. Hell this should have been done years ago.
Posted by Stock at 12:52 PM