It's a "big move" play up to the Paris climate conference.   It's also a classic Obama move of pandering to minorities. 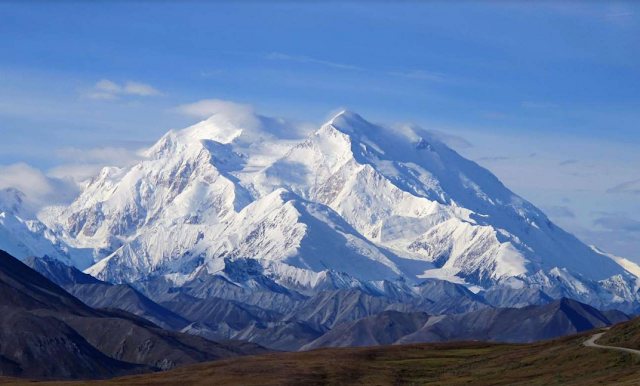 Their goal is to roll out a NWO government not as a government per se, because there would be too much objection, revolt even.


The play is like this.  "If we can acccomplish changing the largest mountain what else can't we accomplish as we work as one big worldwide team".

But through global accords on trade (you will damn well buy that radioactive fish Taiwan) and agreements on climate that are actual disguises for control of energy....a defacto NWO government is rolled out.

Obama departs on Monday morning for a three-day tour of the nation's largest state, closely choreographed to call attention to the ways Obama says climate change is already damaging Alaska's stunning scenery. By showcasing thawing permafrost, melting sea ice and eroding shorelines, Obama hopes to raise the sense of urgency to deal quickly to slow climate change in the U.S. and overseas, and allow him and the Rothschild / Bilderberg crew to roll out a defacto one world government to protect the rich from ever having to worry about fighting to maintain their power and control again.

How many tens of millions of dollars of renaming products, businesses, and tours are going to be vaporized, how many hundreds of thousands of man-hours to accomplish all this, just to achieve a political stunt?

http://www.huffingtonpost.com/alan-robock/nuclear-energy-is-not-a-solution_b_5305594.html
Posted by Stock at 10:27 AM