Nuclear is Dying, Solar is Flying

A number of really excellent commentors have joined the discussion about nuclear.

The paid pro nuke trolls (nuke industry dedicates $1.4B this year for "communication") put up inane comments, and then good people tear them apart.

And the pronukers have a Kumbaya team that goes around and up votes them.   Sheesh.

So far, nuclear energy has been the fastest, most efficient way to displace fossil fuels.

You keep saying that as if repeating it would make it true. Show some references.

Do you even know what solar and wind growth rates are?

Both wind and solar have growth rates far above nuclear for periods of a decade or more. Nuclear never grew at more than mid to low teens for a decade globally, but both wind and solar grew in the 20 plus percent compound annual growth.
But lets just look at what renewables have done since 2000 vs nuclear. 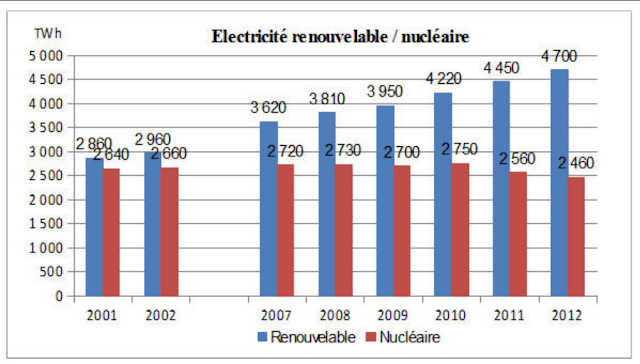