Fission is a breaking of atom, into 2 pieces, with the release of energy.

So all the K40 Radioactive Potassium in the Oceans is from a primordial source, perhaps the "big bang", or just God if you wish.

Ocean critters have been swimming and reproducing in 11,800 Bq/M3 and slightly higher for hundreds of millions of years.   Some in the turtle family sit on the bottom often, and live for 300 years.

There are attacks on the ocean from many directions.    Chemicals, Acoustic, pH (acidity), Mining, Over Fishing.   The "blob" being 1 deg F higher seems kind of like a joke to me.

HINT: it is not Domoic Acid that is doing most of the dying sea life in, only 1 or 2% is Domoic acid.


Review and ask any questions 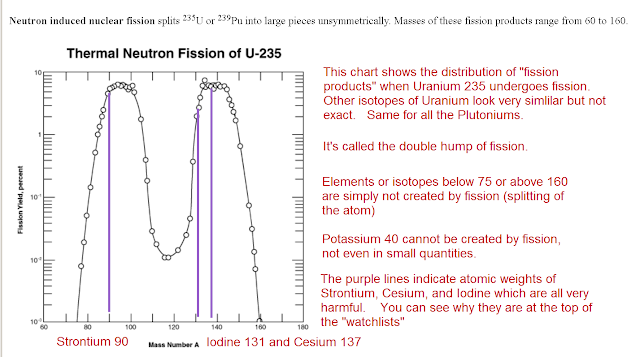 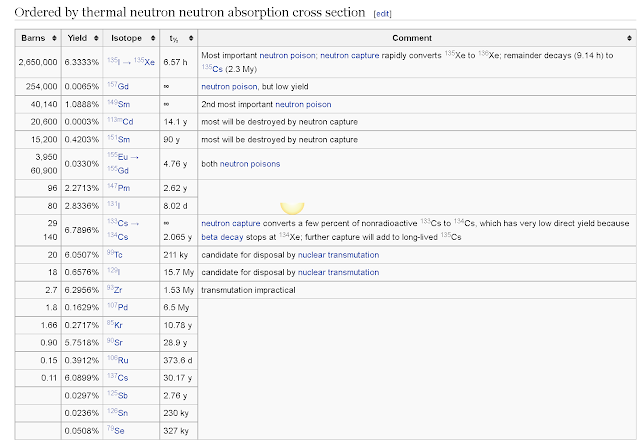 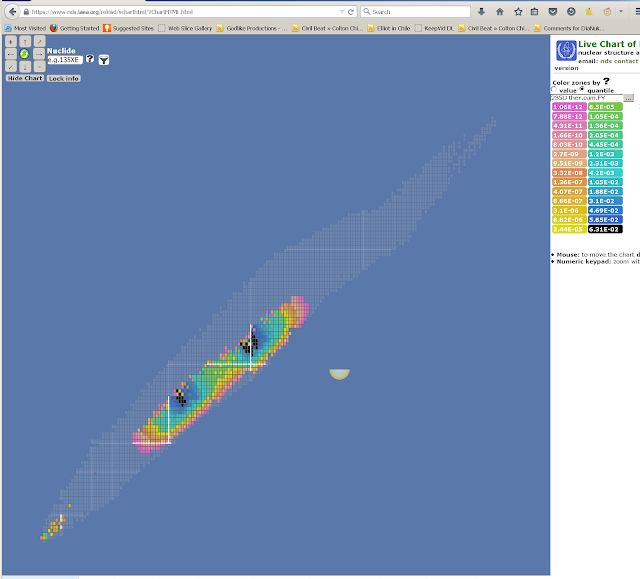 For those that want to dive down the rabbit hole even further, there is another type of fission called
ternary fission, which simply means "three way fission"

This is still a pretty vague science, with a 100% uncertainty on how often it happens, but it is small.....either .2% up to .4%.       So pretty much ANY molecular weight products can be created when this happens, but for the most part the larger fragments still follow the same double hump "guide".


Cross-section data for 33 nuclides have been obtained radiochemically and used to construct a mass-yield curve for the fission of induced by 31-MeV ions. The mass range studied was and the yields varied over seven orders of magnitude. The data for , , , , , , , and confirm the existence of ternary fission in compound-nuclear processes at intermediate energies, as previously reported from these laboratories. These data also establish the transition region between ternary and highly asymmetric binary processes at . Recoil-range data indicate some small but significant differences between - and -induced ternary fission. On the assumption that there is a peak in the ternary mass-yield curve at , the total ternary-fission cross section for 31-MeV ions on is ∼3.3× , and . 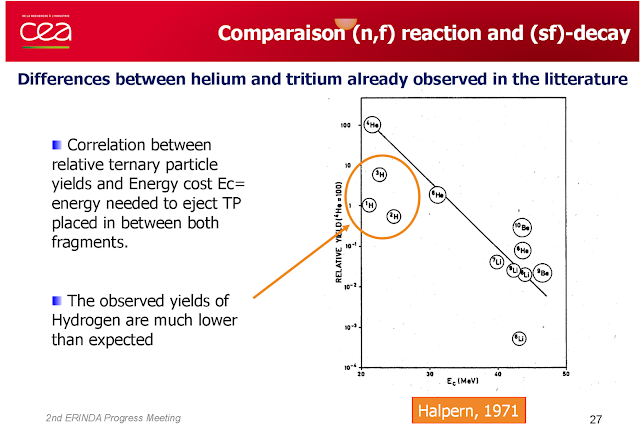