Reflections on Death of the Pacific, and KAT's 61 Page Report of Article Summaries on Same

Fukushima is not your run of the mill nuclear accident.

Instead of a wakeup call for many, it's a coverup call for the corporate interests that be.

Kelly Ann Thomas compiled a list of headlines since 2011 detailing the ongoing death of the Pacific. Its 61 pages long.

I posted it as an article for ease of tweeting, FB sharing and the like, Kelly Ann has it on her FB page also.


Most of us for most of our lives have held the belief that the primary responsibility of our government is to protect the welfare of American citizens. We assume this includes our well-being and health.

During the last thirty-five years this concept has changed as the government became much more interested in protecting the economy and large corporations. Our trade agreements have benefited big business at the expense of the middle class. Manufacturing in this country is disappearing and so is the once vibrant middle class.

The energy sector including oil, gas, coal, and nuclear power have been protected and subsidized. The US military primarily fights to protect these gigantic corporations so that we have access to “our oil under their sand”. Nuclear power has been heavily protected with ever increasing loan guarantees and the infamous Price Anderson insurance limits.

Do you really think that the government would step off that speeding train and be honest with west coast citizens as to the peril they now face completely on their own? Not a chance. In support of the erroneous concept of dilution is the solution, Woods Hole continues to count Becquerels in ocean water when what is really needed is to test for contamination in plankton, kelp and fish.

All life forms have adapted quite well to most external radiation whether natural or to a certain extent man-made. Where we get into trouble is with internal contamination from food, water, and air. A single hot particle inhaled or ingested can create enormous health problems. A good example of this difference is the airline industry.

Pilots and cabin crew spend a lot of time at high altitude and are regularly exposed to CPMs greater than 1,000. Most of this exposure is gamma and x-ray. There probably are some deleterious effects but for the most part airline employees are not dropping like flies – no pun intended.

Let us examine the other side of the coin. If the government were to examine the effects of internal contamination and publish their actual results, the fishing industry would collapse, followed by the surfing and tourist industries. Who would buy an ocean front home on the edge of a dying ocean?

The impact to the national economy would be devastating. What corporation such as GE or Toshiba/Westinghouse who’s poorly designed reactors led to this disaster will step forward to accept financial responsibility? So the scientific confusion and deception continues.

After all they have been telling us for sixty three years how SAFE this technology has been while concealing ongoing radiation leaks and meltdowns. All of the above may happen regardless of what the government wants but right now normalcy bias rules.

Jebus, another important thing. In normal meltdowns, strontium is not as volatile as Cesium, it doesn't out of the corium so easy.
So if the corium is at the bottom of reactor vessel, the strontium will not get out like the cesium.
Cesium and strontium are about the same quantities in used fuel. So strontium is not focused on
1) because most of it stays in the reactor vessel
2) its just too damn scary for authorities to talk about
HOWEVER, when corium burns on concrete, as happened at Fuku, almost all of the strontium gets out.
My estimates are that in the wild, strontium is about 100 time more dangerous than cesium.

Just a perspective on things.

Some people are surprised there are 12 Bq/Liter in sea water Potassium K40.

But the "low level" waste that they put into WIPP mine dump, is allowed up to 7 curies per liter. A curie is a very large number.

Per the former WIPP lab manager, James Conca, they have stuff in WIPP way hotter than anything at Hanford, 7 Curies per liter. That is enough to bring 1,000,000,000 Costco size chickens up to 200 Bq/lb. – See more at: http://nukeprofessional.blogspot.com/2014/05/the-radiation-still-to-go-into-wipp-can.html#sthash.W28rLRwM.dpuf 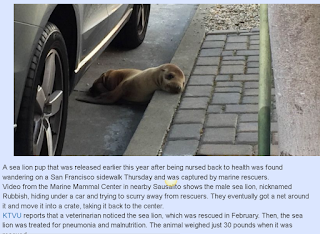 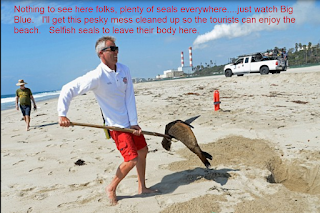 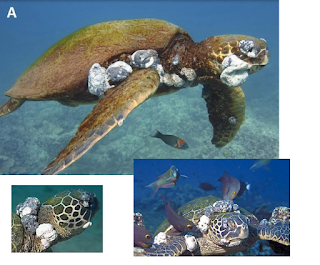