2 Evil Thoughts of The Day On Cancer and Energy

Why is that?   Because radiation and heavy metals associated with the whole supply chain of the nuclear cartel are responsible for about half of all cancers.

If they allow the tail to be pinned on nuclear, they will see the phase out of half of their "work". 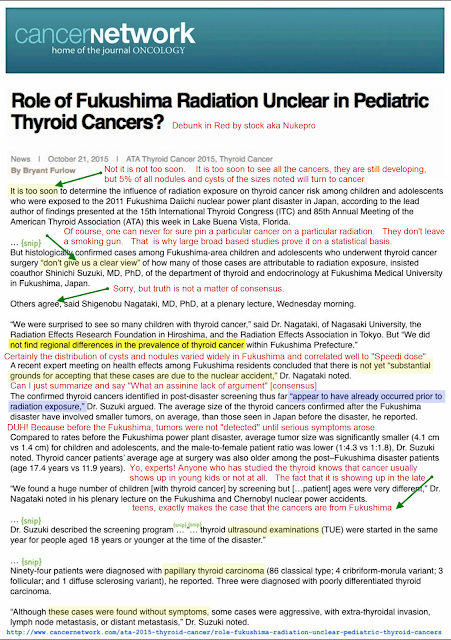 The powers that be have learned that the way to transfer the most wealth to themselves is to create bubbles, then blow them up, bankrupting others, and then buy things up on the cheap.   Exactly the plan in the housing bubble of 2005 et al.

Now turn your thoughts to Solar PV.    It is a serious threat, enough of a threat that the nuclear industry is spending $1.4B to spread propaganda, influence law makers and regulators to destroy the solar industry.

So next year, 2016, there will be a rash of laws, restrictions on net energy metering agreements that let homeowners and businesses tie in to the grid, and utiltiy rate structures that discourage solar.   This will bankrupt 80% of solar related companies and injure the rest.

Then nuclear and oil companies will buy up the remnants on the cheap, and then they will spend billions to promote "safe, large scale, solar farms owned by them", and rape the public with continued high energy costs, whilst hardly pacifying the continued slave class by telling them "good work now you guys are green".

Aiyaiyai!   I have a nearly perfect track record of predicting the solar industry since 2006.   I can usually predict 1 to 2 years in advance.     God I hope that I am wrong.