Corvalis Oregon Is Getting Pelted With Radiation, Is There Something Else in That "Blob" of Hot Water

Nice to know the EPA is still looking out for us, sheesh, this wasn't even on my radar.

November 3, 2014: The U.S. Environmental Protection Agency is no longer conducting RadNet milk sampling. The U.S. Food and Drug Administration has the authority for food safety, including monitoring radiation in milk. Learn more about FDA’s Total Diet Study and Toxic Elements in Food and Foodware, and Radionuclides in Food programs.
EPA completed its final quarterly milk sample collection in April 2014 and the results from analyzing those samples, along with historical milk sampling results, will continue to be available on Envirofacts.


"We completed it" LOL

These are really dangerous levels of radiation in Oregon.    150 CPM on average.   And a resident who keep a close watch on the Beta also has firm proof that the EPA fiddles with the data, so the reality is actually quite a bit worse.

You can get this data here, it is fairly clunky and time consuming. 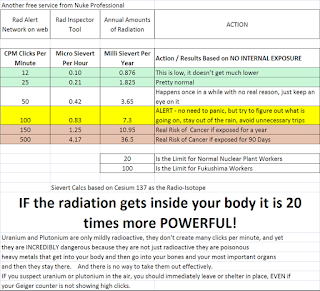 If you want to know, is 150 CPM on average dangerous?    Well one, keep in mind this is just Beta, the Gamma and Alpha are "not shown here" 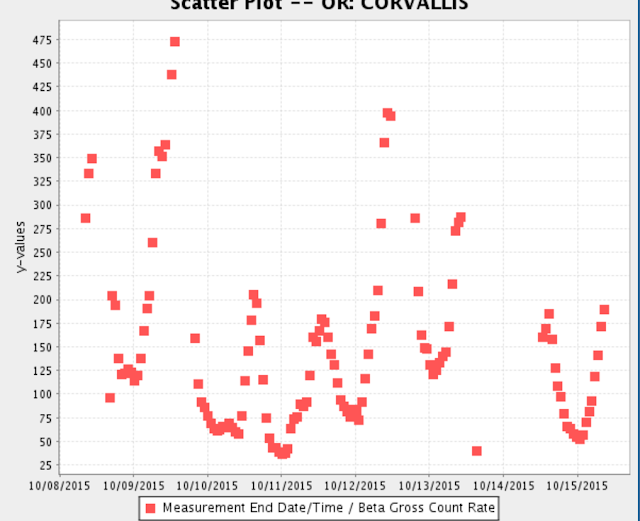 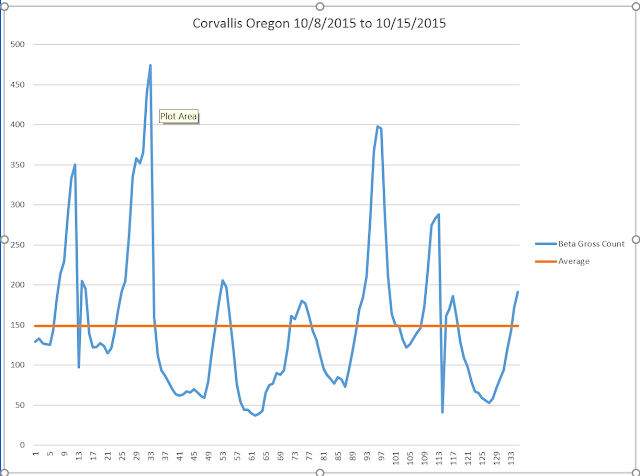