This incredible work was done by "pinksailmatt" of ENENEWS and as Citizen Scientist.

Because the EPA is taking more and more absurd measures to cover up  the data, the only way to put this together is with daily downloads from an amazingly clunky website.    The EPA site and data seems designed to DISCOURAGE anyone actually using the data.

The EPA  site "looks great" until you actually try to use it.

It is obvious that they are not interested in showing an extreme spikes, and whenever the Beta radiation hit 500 Click Per Minute CPM, they just cap the data at 500.   Or they disappear the data.

How to interpret the danger associated with these levels of radiation?   Use this simple chart.

And you know, these people at EPA are making a high wage and huge benefits, all based on your tax dollars. 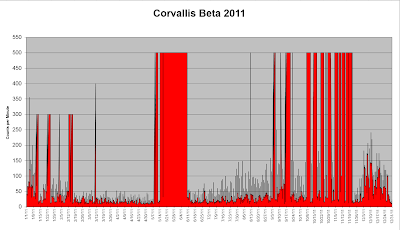 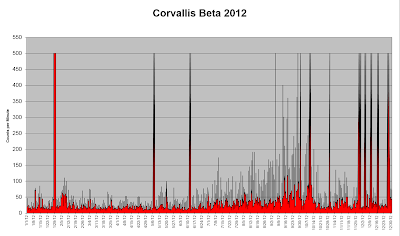 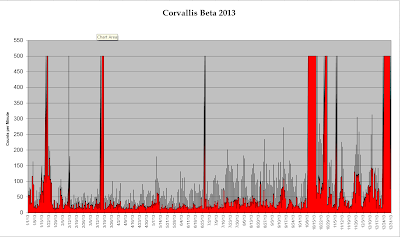 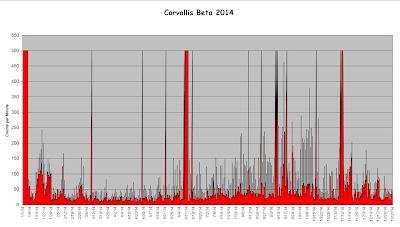 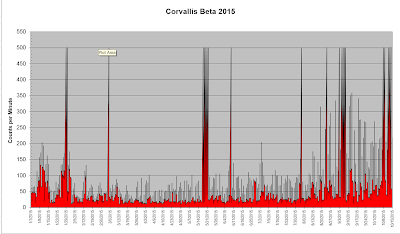 The power structure is beginning to panic as the public wakes up to the criminal climate engineering insanity. The growing police state is completely out of control and becoming unimaginably blatant with their actions. In recent weeks Washington has placed “gag orders” on the following agency employees, “The National Weather Service”, the “National Oceanic and Atmospheric Administration”, and the “US Department of Commerce”. This is a massive red flag that should trigger alarm bells everywhere.
Bill Hopkins, the executive president for the National Weather Service employees organization (NWSEO) said this:


“The National Weather Service is about the last place where national security-style secrecy rules need to be enforced,” Ruch noted that the broad scope of the gag orders put much of what goes on inside the agency under wraps.  “Everyone is free to talk about the weather except for the people working inside the National Weather Service. Go figure.”

Some time ago I personally spoke to an NOAA scientist that said “we all know it is going on (climate engineering) but we are afraid to speak out, we have no first amendment protection”. The new “gag order” is a further muzzling of the NWS and NOAA. It is likely there are many in the National Weather Service and NOAA that have had enough of lying about what is really going on in our skies.
Posted by Stock at 9:03 AM