EPA Rots From the Head Down, Impeachment Proceedings Underway for Gina McCarthy

The EPA has been part of the Fukushima Coverup.   They took the radiation readings after Fukushima when we needed them the most.     They stopped testing milk for radiation.    They have had so many station down for so long, it is almost laughable.

McCarthy doesn't even know what the CO2 percent in air is, but she throws down the whole playbook for the Globalists money transfer schemes using agreements and carbon credits.

This impeachment process is current, just be started now.

begins the impeachment process for Gina McCarthy, Administrator of the U.S. Environmental Protection Agency (EPA), after she committed perjury and made several false statements at multiple congressional hearings, and as a result, is guilty of high crimes and misdemeanors:
“For far too long, Congress has allowed unelected bureaucrats and executive branch officials to slowly bend and break the laws of this country in order to further their own partisan political agendas. We have reached a breaking point where the American people have no faith in the fundamental checks and balances put in place by our founders to protect liberties and freedoms.
“On numerous occasions, Gina McCarthy not only broke the law by lying to Congress, but in doing so she also lied to the American people in order to force misguided and overreaching regulations, which have no scientific basis, down our throats. Her agencies new mandates will kill hundreds of thousands of jobs and cause untold economic harm to communities throughout the country. She must be held accountable for violating the rule of law and the only way for that to happen is through the impeachment process.” 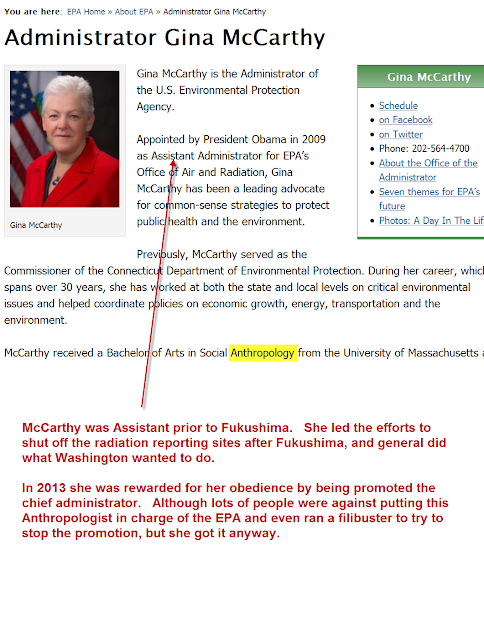