The pro-nuclear crowd, pulling out all the stops to save their dying industry, states that Germany is doing horribly under their "mistake" to invest in solar and shut down nuclear.   What is reality.

Reality is that Germany's cost for electricity has dropped in half since Fukushima.

Simply put....since Germany has decided to phase out nuclear power, their electric rate has dropped by half. 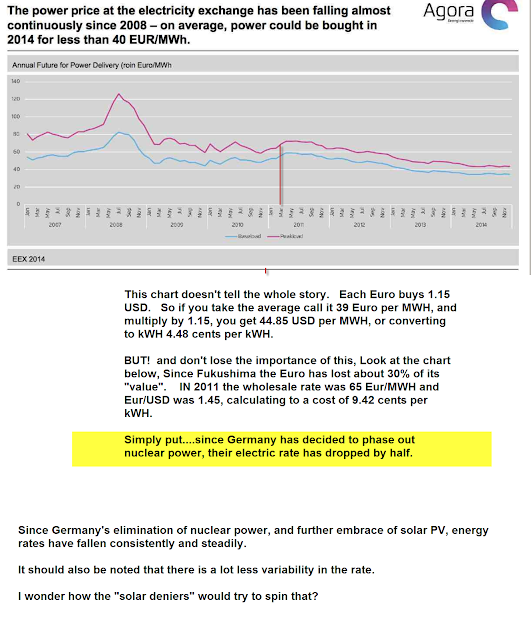 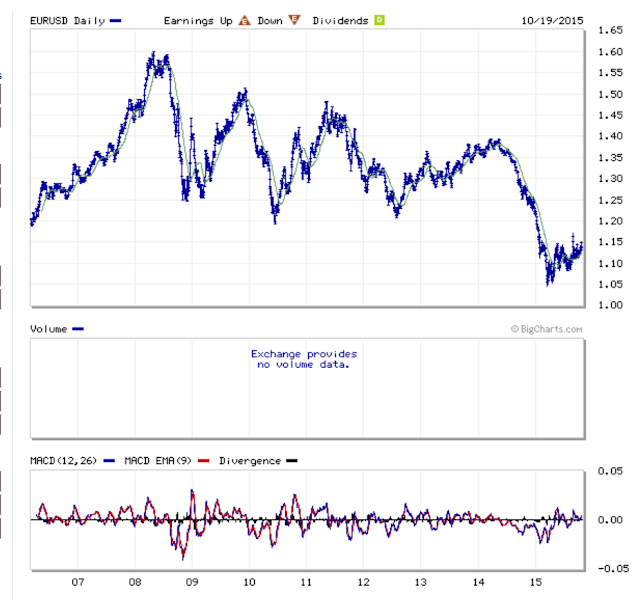 Funded by a $1.4B annual campaign to promote nuclear is the face of obvious headwinds, the propagandists for nuclear claim that Germany is paying higher costs because of the "mistake" to go solar.

Now contrast that lie with the the reality of costs association with "New Nuclear" in particular Vogtle in Georgia.   The people there pay around 8 cents per kWH retail rate.    Now review this article which uses the real cost data from Vogtle.     This indicates a minimum wholesale price of 15 cents per kWH, and you have to add transmission costs and overhead and profit to that figure.

That means that "Next Generation Nuclear" will double or triple the cost the rate payers are going to be saddled with.

http://nukeprofessional.blogspot.com/2015/08/what-is-real-kwh-cost-of-new-generation.html
Posted by Stock at 11:26 AM