Nuke Dump "Fire" Can Kill 61,000,000 Americans -- EPA Shuts off the Beta and the Gamma Radiation Detection

Last week was a nuclear dump fire, in which the startling an amazing caught video of the explosions and volcanic ejections was just recently making the rounds.

ENENEWS caught some Gamma 5 Radiation data from Las Vegas and published it, here.

Let me post the punchline at the front, how many people could be killed by what is KNOWN  to be a Beatty, and they did have documented sloppy practices.    61,000,000 People Can Be Killed!

They weren't supposed to dispose of any liquids at this site, but they did it ROUTINELY AND ILLEGALLY! 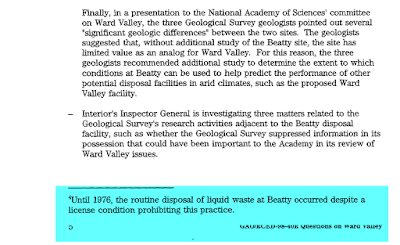 I caught the EPA with their pants down (or at least the camera turned off while their pants were down) North and East of Vegas is St George Utah.

Then the Nevada nuclear dump fire "officially" started on the 18th of Oct.     Clearly it started a day or two before as the Gross Gamma count, started climbing.    This probably set off alarms at EPA because this site is otherwise very consistent.

So the EPA then just shuts off the monitor DATA.     Good work Gina McCarthy, she learned that trick during Fukushima. 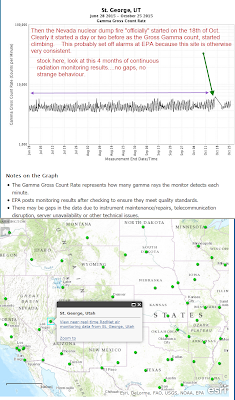 Looks like St George UT didn't even get the worst of the plume as most of it went almost straight north.    That must have been one heck of a plume. 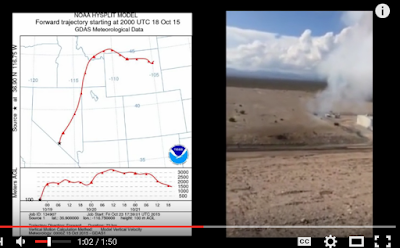 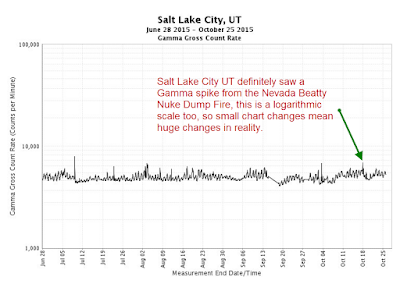 "They" would have us believe that the Beatty nuke waste dump was just a little trench that they threw some old gloves into.

Reality is far different, all these drums rust out, the materials, metals, fluids combine or even fractionally separate by density 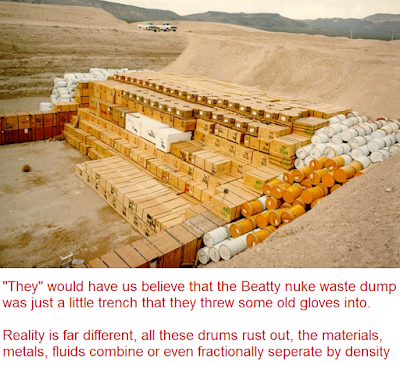 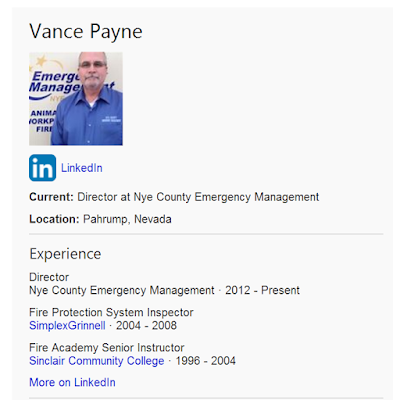 And this is the guy responsible for Emergency Protection who states all those alphabet soup agencies mobilized so quickly it was impressive, but they didn't find any radiation, at all.
Vance Payne

Yes, he is bringing us a  lot of Payne.

From Mining Awareness --- Great stuff over there! 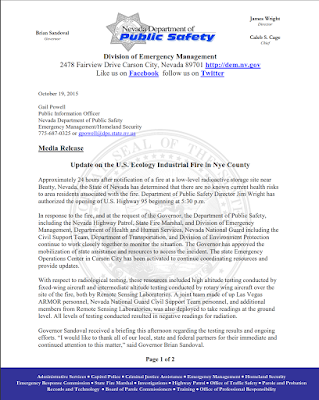 Thank you for contacting the Radiation Protection Program.

In August, we transitioned our RadNet web information into a more mobile friendly platform. The graphs continue to be available at http://www2.epa.gov/radnet/near-real-time-and-laboratory-data-state. Just click on the location on the map or scroll down to locate a state and city.

I hope this answers your question.

Name: stock rad
Email Address: stock@hawaii.rr.com
Comment or Question:
Where can I get the gamma and beta charts for various cities.....you folks move them in August