100 Ton Blue Whale In "Our Radioactive Ocean" Found On Beach, Starved to Death, They Say El Nino Did It

No mention of testing for radiation, easy to harvest samples.


They toss out "El Nino" as the cause, and then do not even attempt even once to support that hypothesis.


The animal was starving, its fat layer was 66% down from where it should be.

This "El Nino" Carbon dioxide as a pollutant is going beyond just sickening.    It's criminal.

Funny how that is a recurring theme.   I wonder if Kenny Boy is putting the Plankton under the microscope.

Speaking of-- just broke out my Microscope its a pro grade Omano 1600x scope...never been used, but bro is going to run the learning curve while I am out on solar.

The bottom of the food chain is where we need to be looking.   Those things replicate quickly and form the basis for the food chain.   replicating quickly means, more likely to be affected by radiation and heavy metals. 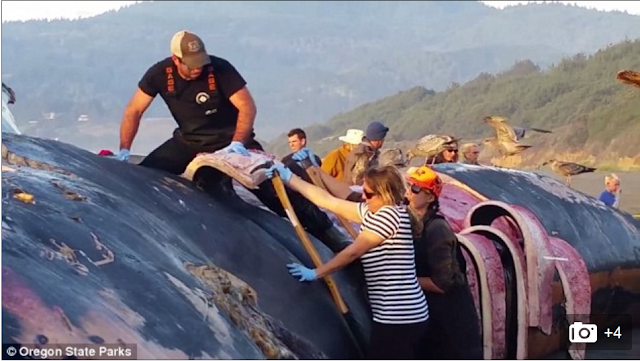