I believe that this is a Pulitzer Prize story.  It is about a multi-billion dollar utility ratepayer ripoff, that is still growing in size.  It involves SCE, SDG&E, the CPUC, the CA Attorney General, the NRC and many CA Officials including US Senator Boxer and Governor Brown.
Consider the following: 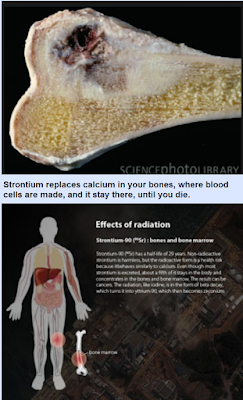 1)  The CPUC is now considering reversing its previous "questionable" SCE settlement decision.  This is because of of all the new information  about the "behind closed door" meetings.  These took place between the then-Chairman of the CPUC, M. Peevey and SCE Exec.'s in Austria. These ex parte meetings occurred months before the public CPUC meetings.   Aguirre & Severson

(the attorneys representing the public) are demanding a new investigation.  The last one did not allow discovery into SCE's wrongdoing.  SCE designed the Replacement Steam Generators  which failed soon after they were installed, instead of lasting 40 or more years as promised.

2) The CPUC Administrative Law Judge M. Darling has had ex parte communications with SCE.  She is herself now under investigation.
http://m.sandiegoreader.com/news/2015/oct/20/ticker-edisons-discovery-revealing-documents/
Snip
"Judge Darling refused to allow any "discovery" during the investigation of the replacement steam generator project failure at San Onofre (aka SanO) that ultimately lead to SCE decommissioning SCE early.  That is when I knew the "fix" was in.  I know there are many documents that prove that SCE was in charge of the entire design process, not MHI.  This shifts the responsibility for the replacement steam generator project failure to SCE. Since SCE, was getting paid BIG BUCKS to do the Replacement Project by ratepayers.   SCE's promises of billions in savings and a RSG life span of 40-60 years sounded great then.  Now we all realize it was just a SCE sales pitch since the RSGs failed almost as soon as they were installed.

Now SCE, SDG&E, the CPUC, the CA AG and the NRC are all trying to delay any discovery until after the election.  They think, the longer they can delay the better chance they have of deceiving the public.

What they are not counting on is all the new information that is coming out, that will document that SCE was at fault."

3)  You have not heard much if anything about SDG&E (Sempra Energy) involvement.  As a 20% owner of San Onofre (aka SanO) they have been doing a masterful job of avoiding any negative PR about SanO.  I expect their emails to be examined next, since they had to be aware of and pre-approve of any proposed SCE settlement deal.

FYI, Their Exec.'s also sold stock once the premature CPUC-SCE "settlement" was announced...
Should Sempra shareholders be worried?

http://www.sandiegouniontribune.com/news/2014/jan/14/sempra-insider-stock-sales-executive-pay/
snip
"In the first week of January, Sempra CEO and Chairman Debra Reed sold 54,786 shares for gross proceeds of about $4.8 million. President Mark Snell sold about $4.3 million worth of his stock."
4)  Edison International Earnings Fall Due to SCE Rate Case

http://www.nasdaq.com/article/edison-international-earnings-fall-due-to-sce-rate-case-20151027-
For much more on this developing story, please refer to #SanOnofreGate *

* The new hashtag that will allow you to keep up to date on the ongoing investigation into the multi-billion $ SCE-CPUC ripoff.
+
http://www.latimes.com/business/la-fi-edison-settlement-nuclear-20151022-story.html?reset_flag=true

Snip:
There's something crazy when the most powerful agency in California government spends an entire year mired in scandal caused in large part by inadequate controls over the activities of its key people ? and not a single reform emerges.

That's the end result of Gov. Jerry Brown's veto of a package of bills that handily passed the Legislature this fall aiming to fix aspects of the state Public Utilities Commission, even if those bills themselves had some flaws.

The net upshot is that Brown has yet to utter a negative word about the overtly crooked activities of former PUC President Michael Peevey and others at the commission, even complimenting Peevey on "getting things done" at the time he departed the commission in disgrace.
Posted by Stock at 3:06 AM