Massive spike on the 27th using the EPA data for Carlsbad.

This contributed to the death of the worker from WIPP

The data all fit.     Now let some pro-nuker try to disprove my hypothesis. 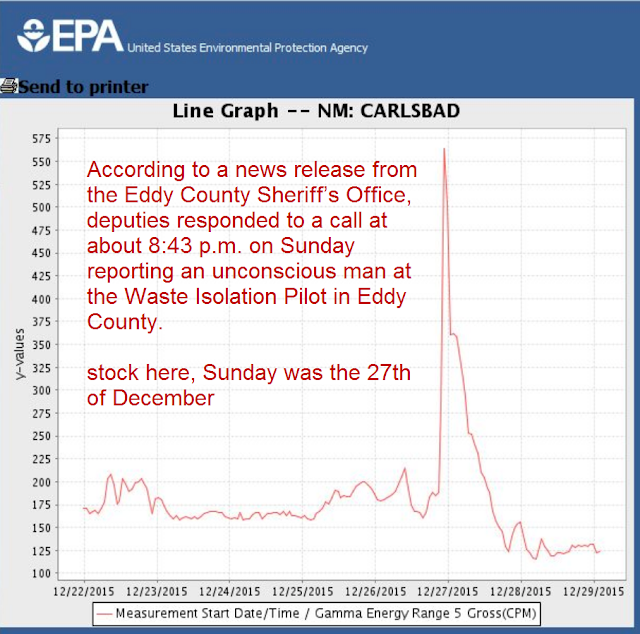