How Many Radiation Tragedies Do We Allow Nuclear to Make, Or Do We Let Them Kill Us Slowly? 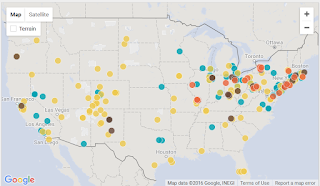 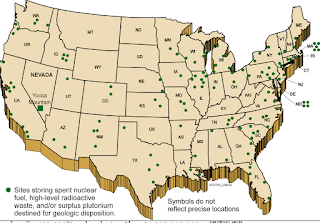 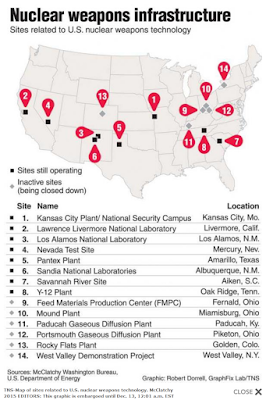 At San Onofre, they not only criminally lied about a like-for-like replacement that was nothing of the sort, and it almost caused a massive radiation release, and it DID shut down the plant for good.   But they also vastly polluted the ocean shoreline near their plant.    It's so bad the Navy doesn't even want the land.

Portions of Land at San Onofre Nuclear Plant "May Be Contaminated": Navy
Navy asking SCE for more information before land is taken back
By JW August

Sir, I am writing an article on waste dumps and would appreciate your take on the following—
http://knpr.org/headline/2016-01/nv-officials-look-ways-prevent-another-blast-beatty-waste-dump

In the linked article, it was stated that no radioactivity was detected.
1)      What device or devices was used to check for radioactivity?

2)      What is the suspected chemical or radiological reaction which would cause not just fire but also an explosive blast?

Thank you and have a Healthy New Year!!!

At the Savanna River Site -- DOEs negligence in timely completion of their legally required tasks results in the DOE (read that US taxpayer) losing $1M per day.   This is a MOX and Plutonium boondoogle.

In St. Louis, at the West Lake Landfill, right by the airport, they have irresponsibly buried nuclear waste now confirmed as migrating off site.   It's been a superfund site for 25 years....but they still can't even decide on what to do, much less do it.


Just northwest of the St. Louis International Airport, the West Lake Landfill is a repository of nuclear waste from the Manhattan Project, the WW2 effort to create the atomic bomb. The area was declared an Environmental Protection Agency (EPA) Superfund site in 1990, but the federal government is still deciding how to clean up the waste. 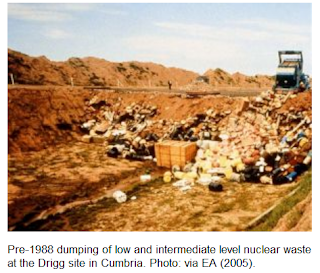 Following this month's intense rainfall in the north of England an Environment Agency alert has highlighted the flood risk to the crumbling nuclear waste dump adjoining Sellafield in Cumbria, writes Marianne Birkby - a dump which remains in use despite its condemnation by the EA in 2005


Nice way to run a radiation dump, eh, look at the picture. 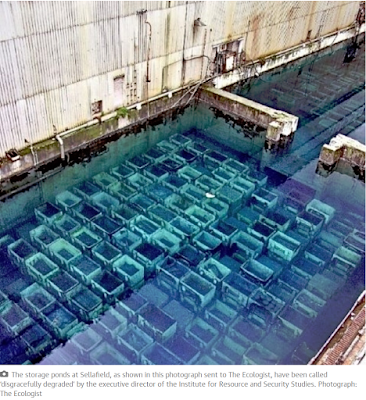 Sellafield - A massive risk run by a failing empire.   Hundreds of tons of radiation, subject to loss of water through structural collapse or terrorist attack.

A travesty we don't even wish to speak of.   Out of sight, out of mind.    Indeed it does seem that humans are out of their minds.    GMI Global Mass Insanity.

The government is paying private companies £1.7bn a year to decommission ageing buildings at Sellafield.

In a statement, Sellafield Ltd said: “These dated pictures do not present an accurate reflection of work across the Sellafield site today, but they are an indication of the scale of the challenge inherited by the NDA, Sellafield Ltd and Nuclear Management Partners to clean up the UK’s nuclear legacy.”

The tanks are believed to have been abandoned for more than 40 years.

The Office of Nuclear Regulation (ONR), the statutory nuclear safety regulator, said: “The legacy ponds at Sellafield are old and as a result, do not meet the high engineering standards that would be required for modern nuclear facilities. These legacy ponds bring significant challenges, but we must focus our attention on improving the current situation. This does not mean that operations and activities on those facilities are unsafe.”

LANL Nuclear Site....polluted, incompetent, and one of the richest places in the Country.

And they are about to lose their cushy $2B a year contract due to incompetence.    What that means is arrogance and stupidity.

Federal officials recently confirmed that the $2 billion contract now held by a consortium that includes the University of California, Bechtel Corp. and other for-profit companies will be put out for bid due to repeated failures over the past four years to meet performance goals.
Just this month, the lab managers were warned they would be docked nearly $8 million in incentive fees for potential contamination stemming from the handling of highly enriched uranium at a Nevada facility and for an incident that left one worker with burns over 30 percent of his body.
That followed losses the previous year that stemmed from lab failures that resulted in a radiation leak and the indefinite closure of the nation’s only underground nuclear waste repository.


Facing new scrutiny from the Department of Energy, more allegations of mishandled documents and millions of dollars worth of missing equipment, the University of California hired Glen Walp, former chief of the Arizona Capitol Police and a state police officer, and another longtime security expert, Steve Doran, to investigate. Within months, they were fired after finding evidence that misappropriated lab funds were used to buy everything from personal computers to a sporty $30,000 Ford Mustang.

“When I went there, it was right after 9/11, and I thought I was joining the ranks of the elite,” Walp said. “To the converse, not the scientists, but the operators and administration were highly dysfunctional. They tried to cover up everything. They didn’t really deny that.”

$350M to clean this one up....that sounds like A LOT of money.  It is 10 times more than they originally thought.    They started a cleanup in 2007, but had to stop when they unearthed plutonium and uranium and the contractor wasn't capable of handling those.

Patty Ameno was the primary activist that made this happen.    Good on you Patty!

Here is Patty's story.   I sent her a congrats via Linkedin

Numec was subsequently bought by Babcock & Wilcox Co., an energy products and services provider. A B&W spokesman declined to comment.
The Corps, after years of planning, began excavating one of 10 known waste trenches at the site in the summer of 2011. Digging abruptly halted several weeks later and hasn’t resumed.

Corps officials said a contractor had violated safety protocols and that an unexpectedly large amount of “complex material” had been found. The officials declined to be more specific. Subsequently, federal officials classified certain information about the dump site, citing a security rule regarding “special nuclear material,” a designation that includes plutonium and uranium isotopes usable in atomic weapons.

And a newish dump in "West Texas" run by a billionaire under the name of Waste Control Specialists.

Here is the Complaint
http://www.forbes.com/sites/christopherhelman/2011/04/01/texas-billionaire-builds-giant-nuclear-waste-dump/

Here is the billionaire rebuttal

Flouride is a product of uranium and plutonium refinement.

boJanuary 3, 2016 at 7:55 PM
My recent 'favorite' dump ..
Concord Massachussetts - Radioactive Nightmare→20 TIMES more depleted uranium than used in Persian Gulf War buried in Concord, Massachusetts..
Today, atop and buried beneath a low hill above a cranberry bog lie more than 3,800 barrels of radioactive and toxic waste..
soil more than a mile from the nuclear dump is radioactive..
1993 epidemiological study found the town's residents suffered higher rates of cancer than the state average. http://t.co/YgEtTbG6XQ
- See more at: http://nukeprofessional.blogspot.com/2016/01/how-many-radiation-tragedies-do-we.html#comment-form
Posted by Stock at 7:25 PM