They know, and they have known for a long time.  It's called pressurized thermal shock or PTS.

Palisades is one of the worst nuclear plants in the USA.

They often have releases of radiation directly into Lake Michigan.   And they have been listed by the NRC as the the worst plant in the USA susceptible to PTS.    A melt down and/or explosion at Palisades could wipe out Lake Michigan, Chicago, Milwaukee, Green Bay, Gary Indiana, Ann Arbor, Detroit.    Making these area uninhabitable for centuries.

But there is money at stake, Entergy has to make money "for its shareholders". 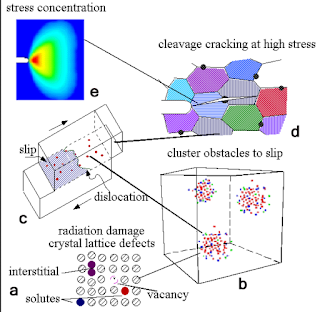 Decades ago–really–Palisades was identified by the NRC as being the reactor in the U.S. most vulnerable to Pressurized Thermal Shock (PTS). This nightmare scenario occurs when the reactor pressure vessel has become embrittled by exposure to heat and radiation over many years. When, for whatever reason–a pipe break for example–the reactor loses coolant, it begins to heat up quickly. Left unchecked, it will melt down. But emergency core cooling systems are designed to rush large amounts of cold water into the core and cool it down that way. The problem is that a reactor vessel susceptible to PTS could crack, and all that cooling water would simply drain out and the reactor would melt down. It’s like putting cold water in a hot wine glass. 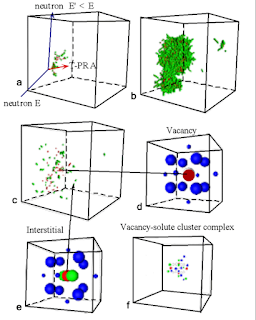 In theory, these old embrittled reactors could be "annealed" which is a heat treatment to get the molecular structure to "relax" and go back to a more regular pattern of elements.   i.e. to look more like it did before the neutrons knocked the microstructures out of whack.

But annealing is really expensive, maybe $100M to $200M.   It has been done on some reactor in Russia that I know of, so it is possible, just the same problem that all nuclear has....too expensive to also be safe.

U.S. RPV technology is reasonably representative of the approaches used world-wide. RPVs are massive welded structures, weighing up to 500 tonnes, standing 14 m high by 4.5 m in diameter with a wall thickness up to 20 cm or more. Typical RPV base metals are A302B, A533B plates, or A508 forgings, which are quenched and tempered, low-alloy steels with primarily tempered bainitic microstructures. Typical compositions are C(0.05–0.2%), Mn(0.7–1.6%), Mo(0.4–0.6%), Ni(0.2– 1.4%), Si(0.2–0.6%), and Cr (0.05–0.5%). Multiple-layer submerged arc welds, made of consumable metal wires, join vessel sections. Weld compositions differ from the base metal, and may vary significantly even within the same weld. Following welding, vessels are tempered and stress relieved, typically at about 620±15°C for about 30 h, resulting in as-fabricated yield stress values of about 475±50 MPa. Compositions and microstructures vary on both the macro- and micro-scales. Along with nickel alloying additions, trace impurity copper and phosphorous increase embrittlement. Copper contents are quite high (up to 0.4%) in some early U.S. welds.

Vessels operate at temperatures (Ti) of about 290±30°C and are exposed to a spectrum of neutron energies ranging from less than one to several million electron volts (MeV). High-energy neutrons are the dominant source of embrittlement. The neutron flux (Φ) is defined as the number of neutrons crossing a unit area per unit time (neutrons/m2 -s) and the neutron fluence (Φt) is the flux integrated over time (neutrons/m2). A standard unit of neutron exposure is the Φt greater than 1 MeV (Φt>1). The end-of- life Φt>1 for U.S. PWRs is about 1–3 × 1023 n/m2, and about an order of magnitude lower in BWRs.

falls far short of accurately predicting what happens in reality, there are a lot of variables, and some wild cards too.    The reactor vessels are all welded together, and these weld joints can have quite different metallurgy, and quite different ratios of materials between sections even on the same weld.

Weibull-based statistical procedures can be used, but there is still a lot of variations, and even stochastic results.   Yet  the NRC can rule, based on a model.     This seems typical of late....produce the results you want through a model.

Despite progress in predicting irradiation embrittlement and recovery, a number of issues are not fully resolved or quantified. These include the role of product form; the effect of dose rate in the intermediate Φ regime; the maximum effective copper content as a function of details of thermal processing history; the effects of secondary variables and variable combinations currently not, or only crudely, accounted for (e.g., manganese or phosphorus); the magnitude and scatter in the SMF contribution, particularly at high Φt; through-wall attenuation; the potential for forming late-blooming phases in low-copper steels; thermal embrittlement or other new phenomena that might occur at long-times or very high Φt, beyond the current database. Perhaps the most difficult issue is associated with material variability and the inherent uncertainties about the composition and properties of the steels in the RPV itself. 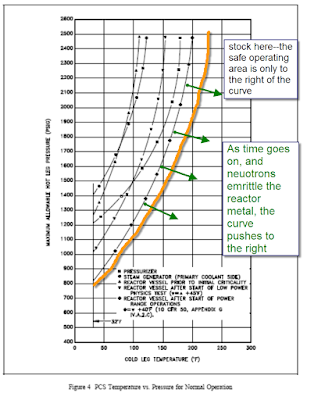 stock here--this information from the DOE, yes they know all about embrittlement.

Minimum pressurization-temperature (MPT) curves specify the temperature and pressure limitations for reactor plant operation. They are based on reactor vessel and head stress limitations and the need to preclude reactor vessel and head brittle fracture. Figure 4 shows some pressure-temperature operating curves for a pressurized water reactor (PWR) Primary Coolant System (PCS).
Note that the safe operating region is to the right of the reactor vessel MPT curve. The reactor vessel MPT curve ensures adequate operating margin away from the crack arrest curve discussed above. The curves used by operations also incorporate instrument error to ensure adequate safety margin. Because of the embrittling effects of neutron irradiation, the MPT curve will shift to the right over core life to account for the increased brittleness or decreased ductility. Figure 4 also contains pressurizer and steam generator operating curves. Operating curves may also include surge line and primary coolant pump operating limitations. The MPT relief valve setting prevents exceeding the NDT limit for pressure when the PCS is cold and is set below the lowest limit of the reactor vessel MPT curve.